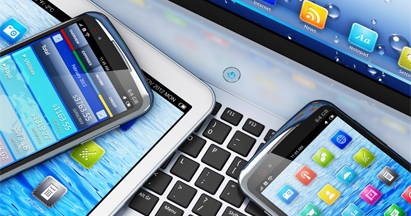 How to Build Your Business with Technology

We’re talking technology again—Twitter, LinkedIn, blogs, websites, and social media. In general, technology is simply too important to pass up.

Many producers feel that, unless they’re going to be instantly successful, the time and effort associated with bulking up on technology isn’t worth it. They want the quick “secret” to success, but there is no secret.

Social media is like a party. If you’re overly excited, run up to someone and shout about how great you are, you’ll overwhelm them. Once that happens, they’ll let their friends know not to do business with you.

Social media is more about making contacts and connections.

It is not used to sell. Rather, you’re engaging in conversation, listening and encouraging prospects to find out more. It isn’t any different from normal prospecting. This route simply allows you to leverage technology to reach wider groups of people and target specific groups.

Think about your perfect client.

Cold call and you won’t make it past the front desk. But, you have a good chance at making direct contact with that person through social media without anyone stopping you.

LinkedIn is the greatest prospecting tool ever created.

If you think direct contact is too aggressive, you’ll likely be able to find a mutual connection to prospects—and powerful prospects too, like CEOs and presidents of companies. In fact, if you don’t have a LinkedIn account, stop what you’re doing, and create one now.

The first thing you should do is import your contacts, and ask them to be a part of your group. The bigger the group, the more contacts you have, which leads to secondary connections. Any time I want to know someone, I search on LinkedIn. Often, either their profile or their company’s profile will come up, and all of the mutual connections show up too.

I have 950 friends on Facebook. It took time and effort, but I put together a message and sent it out to every single one of them. I told them the true story of a fellow life insurance salesman and friend of mine who passed away in a boating accident. Unfortunately, he didn’t have enough coverage. So my message was that if agents can get it wrong, they probably don’t have proper coverage either. I explained that I was reaching out because I truly care about them.

“I don’t care if you get it from me or someone else, but I at least want you to have the resources to get coverage,” I said, and I included links to my page.

About 400 converted to sales.

What would happen if you delivered that message in person? You’d have to be concerned with tone, feelings, and awkwardness.

With technology, you can send a message like this, and to some it will be powerful. Others will simply ignore it without hurting feelings. It’s personal, but with just enough disconnect. If your friends don’t respond, then everyone can move on without conflict.

Google is No. 1 for searches; YouTube is No. 2. Not coincidentally, YouTube is owned by Google. Video is huge these days, and it’s only getting bigger. But videos can be costly.

When we first started, we reached out to local schools. For a $5,000 scholarship prize, we wanted video submissions of life stories pertaining to life insurance.

About 100 were phenomenal videos. Do the math, and $5,000 for 100 videos breaks down to $50 a video. The videos cost us nothing to make and got the community involved. Best of all, they spread all over social media.

“Check out this video I made. Like this to help me win.”

Their friends and family saw it. Their classmates, extended families and neighbors saw it. The videos—with our logos and website address attached—spread all over Facebook and Twitter, getting likes, being shared and retweeted.

Utilize LinkedIn’s power to connect. Spread your messages on Facebook and Twitter. Go the extra mile with video.

Lastly, if your target market isn’t national, don’t waste your time on national efforts. Remain focused and specific. Use social media to find your demographics and connect.

It’s all about creating that conversation that you only would have had access to if you knew the prospect personally.

Ryan J. Pinney is a five-year MDRT member with five Top of the Table qualifications. A regular contributor to financial publications such as Bankrate.com, Yahoo! Finance, and Fox Business News, as well as Pinneyinsurance.com, he is a sought after expert in using technology to drive insurance business and streamline the application and underwriting processes. He leverages his experience with search engine optimization, social media, and online marketing to assist agents and agencies alike create their online presence and profit from it. Utilizing the same principals and technology his firm provides to agents, his agency sold more than 16,000 policies direct-to-consumer over the internet last year.
Previous Insurers to Favor Deals Over Buybacks, Deloitte Says
Next The Aftermath of ACA Enrollment

Social Selling in the Insurance Industry: My Takeaways from LIMRA/LOMA Social Media ’14 Conference