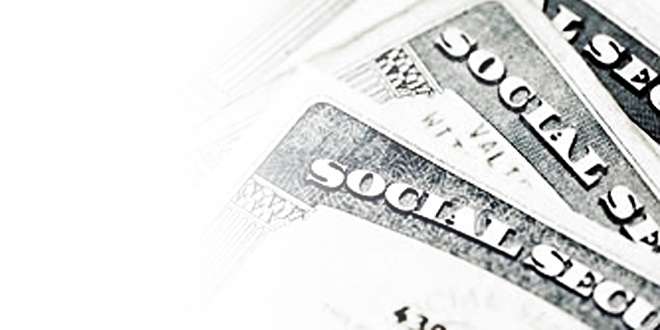 The Monster Lurking Under the Bed

“I got a raise, well, sort of, maybe.”  That’s the comment of today’s Social Security recipients after the SSA recently announced beneficiaries would receive a whopping 1.7% increase in benefits in 2015.  This increase applies to those receiving retirement benefits, as well as to those who are receiving disability or SSI benefits next year.

At the same time, the Part B Medicare premium, which is deducted from a retiree’s Social Security benefits, remains unchanged for the third consecutive year.  So for retirees, they really DID get a raise in their monthly retirement benefits.  Well, sort of, maybe.

Data from the Bureau of Labor Statistics (BLS) shows that Social Security beneficiaries have lost 31% of their buying power since 2000 due to inflationary pressure.  While the Consumer Price Index gives the indication that inflation is virtually non-existent, a closer look at the numbers provides a different story.

The CPI is a calculation of the change in prices of a basket of goods and services as time progresses, as measured by the U.S. Government.  By definition, the CPI is “a measure of the average change over time in the prices paid by urban consumers for a market basket of consumer goods and services.”  Most Americans equate this with the U.S. inflation rate, which is only partially correct.

While the CPI can give us a baseline upon which to measure inflation, it only gives us an average.  Not all goods and services increase or decrease in price at the same level each and every year.  As a result, inflation as a benchmark can appear low while specific segments of the basket of goods and services measured may experience significant price volatility.

When you compare the CPI to other measurements of inflation, such as the Federal Reserve’s M2, you get a different number.  M2 measures the supply of U.S. dollars in circulation, including cash, checking and savings deposits, and money market mutual funds.  The more money the Fed prints and puts into circulation, the less valuable each dollar becomes (i.e. inflation).

The Senior Citizen’s League reported half of retirees saw their monthly expenses rise $119 last year while 65% saw their Social Security benefits rise by less than a mere $19 a month.

When you factor in that most Boomers retiring between now and 2030 will spend an average of 20 to25 years in retirement, and 1 in 4 will live to see at least 90, the impact of inflation over time can be a significant delimiter to maintaining one’s standard of living in retirement.

The April 2014 Insured Retirement Institute study on Boomer expectations for retirement validated this concern.  The IRI study found that only 33% of Boomers are confident that they will have enough money to live comfortably in retirement.  Inflationary fears, coupled with paying for healthcare in retirement, are among the major contributors to this fear.

This fear has led to a marked increase in the number of Boomers who are delaying retirement.  Nearly 30% of Boomers say they are planning to defer retirement to age 70 or later.  For 50% of middle class Boomers and Gen X’ers, that magic age is “at least 80 years of age” according to a Wells Fargo study released in October.

So how do we mitigate this risk to a retiree’s income?

First, we must help the consumer understand the risk that inflation poses to future purchasing power.  Also, we must show them that they can’t simply look at the CPI numbers (as reported) and say inflation is not an issue.  Several studies point to the fact that seniors tend to realize higher inflationary pressure on income, as the things they are spending money on tend to rise in price at a rate higher than the CPI average.

Boomers have to come to grips with the fact that inflation is the monster lurking under the bed, unseen but ever present, waiting for the right time to creep out and wreak havoc on their income plan.

We start the conversation by helping the client understand what their retirement will look like in terms of dollars and cents.  We ask several probing questions to build a post-retirement budget. We base it on anticipated expenses in retirement and then seek to match income sources to cover these expenses.  We use a proprietary software tool that allows us to extrapolate a 10-year snapshot of income and expenses based on the information provided by the consumer.  We also factor in an inflation adjustment of 1 to 3% annually.

The ability to illustrate increasing expenses in retirement and the crossover point at which income drops below that allows us to then have the candid conversation about income laddering and what a legitimate retirement income plan should look like.

We address the importance of strong guaranteed sources of income in retirement, and where these opportunities lie, as well as the importance of liquidity funds to pay for healthcare and other incidental expenses in retirement. We also shine a light on the inflation monster lurking in the shadows that erodes the purchasing power of their money over a prolonged retirement.

For many pre-retirees, it’s often the first time they’ve taken a serious look at what their income and expenses will actually look like in a post-retirement world.  We find that many Boomers have a “pie in the sky” view of expenses in retirement and when they begin to really “count the cost,” that reality check moment hits them square between the eyes. Only then can the REAL conversation begin.

We then illustrate how we use the assets at their disposal to create multiple income streams that “turn on” at various points throughout retirement, creating an income ladder consisting of income today, income tomorrow and income in the future.  Money not providing income today continues to grow, often in a principal-protected financial instrument, adding to the income opportunities in the future.

Annuities, life insurance, and QLAC-eligible DIAs can all play an integral part in providing a laddered income approach to income planning, and for those who are also securities or advisory licensed, at-risk solutions can also be utilized where suitable and appropriate.

It’s up to you to help your clients discover the monster lurking under the bed, and take pre-emptive steps to mitigate the negative impact of inflation, which can be substantial over a 20 to 30 year retirement.

One way to start the conversation is to ask your clients this simple question:

After you pick their jaws up off the floor, you’ve got their attention. They’ve realized that there is a monster lurking under the bed, and its name is INFLATION.  If that monster isn’t tamed (or chained), it will eat away at your retirement income until there is nothing left.

Now you can start the income planning conversation.

A 2008 inductee into the United States Martial Arts Hall of Fame, John is a Sales Coach with Vision Advisors, an insurance FMO, and president of High Street Asset Management, a registered investment advisory firm. He is also a Master Coach with Real Life Management. John has been helping independent producers get in front of qualified prospects for more than two decades. Author and in-demand public speaker, he has entertained and educated industry professionals, as well as their clients, through his passionate, energetic delivery of timely financial topics. John is the founder of Peace of Mind University and one of the developers of Income Planning University ONLINE--two sales programs focused on helping producers connect with and educate pre-retirees. John can be reached at Vision Advisors at 800-505-8489.
Previous Is your life insurance worthless?
Next HealthCare.gov’s insurance marketplace for small businesses gets off to a slow start