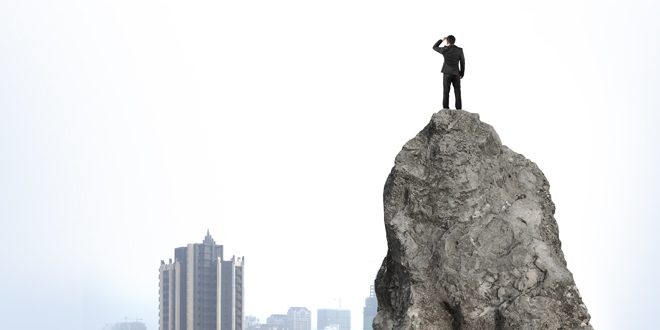 I am a student of history.  Reading about lost civilizations and their culture is fascinating.  Their customs and traditions (as well as their myths and legends) tell us much about what they valued.  The social, religious and political interactions amongst these ancient people are intriguing, and reveal that we aren’t that different from our distant ancestors.

In ancient times, city-states would build walls to protect their residents from marauders and warring bandits as well as invading armies from other countries.  Often times, these walls were as much as 20 to 30 feet thick with fortified gates to limit access to and from the city.  In times of trouble, those living on the outskirts of town would flee to the safety and protection of the walled city.

At the tops of these walls, the city would put watchmen that peered into the distance, scanning the countryside for tell-tale signs of impending danger. Their job was to give advance warning of impending doom giving the residents of the city time to prepare.  The rules for watchmen were straightforward: Sound the alarm if you see disaster coming and warn the people. Blow the trumpet to signal an approaching army.  If the watchman saw disaster coming and gave ample warning, he had fulfilled his obligation and was not responsible for any deaths of the people that followed.

As a financial professional, you’re a watchman on the wall.  You are in a unique position to see the impending disaster that could attack your client’s finances and sound a warning bell that raises awareness of what is to come.  It’s only then that your clients can flee the approaching wrath by returning to the safety and security of a carefully conceived financial plan that can provide a wall of protection.

A recent report by the American Council of Life Insurers highlights what some are calling the next “national emergency.”  That marauding evil in the darkness is the specter known as long term care.  Like the specters lurking in the woods in the movie The Village, it’s that devil in the dark that no one wants to speak about.  But (unlike the movie), this demon is real and has the potential to wreak unspeakable havoc on a retiree’s financial future as well as steal wealth from future generations.

The War to End All Wars (WWII) is coming to a close.  Germany and Japan have been brought to their collective knees by the allies, led by the might of the American Armed Forces.  Between 1946 and 1964, 76 million people were born during one of the longest periods of economic expansion in our nation’s history.  Known as the “Baby Boomers,” they reaped the benefits of this economic prosperity, enjoying a higher standard of living than previous generations.

In terms of numbers, the Boomers represent some 28 percent of the nation’s populace and continue to turn 65 at a rate of 10,000 a day through 2030.  As this significant segment of our population ages into retirement (coupled with low birthrates for the past several decades), fewer working class Americans will be paying into the social safety net to provide Social Security and Medicare benefits to these recipients.  As a tsunami starts to build and the water pulls back from the shoreline, we are even now beginning to see the potential financial impact of a burgeoning elder populace at a time when fewer workers are paying into the government coffers to provide the benefits promised to these Boomers.  Left unchecked, the resulting wave could do significant damage to our recovering economy.

Medical advances have lengthened the life span of this Boomer generation to surpass that of previous generations.  With a current life expectancy of 78.7 years as the “new normal,” today’s retirees will live longer in retirement than their ancestors.  The ACLI study tells us that the number of those 65 and older will be double the current numbers by 2030. And by 2050, the number of those 85 and older will triple.

On average, long term care services are provided to the elderly for three years, with one in five needing assistance for more than five years. The average cost of a nursing home today is $87,600 a year for a private room, and $42,000 annually for the average base rate of an assisted living center.  LTC costs are inflating at an average of 4.5% annually.   It’s also important to note that women tend to be more at risk than men when it comes to long term care.

According to the ALCI study, 67% of current long term care expenses are paid by state or federal programs (Medicaid [33%] and Medicare [34%]), and 20% are paid by the individual.  Total expenditures on long term care are estimated at $231 billion (7.5% of total healthcare spending), which is 1.3% of the U.S. GDP.  With LTC expenses anticipated to rise 64% by 2030, and 153% by 2050, this is a marauding evil lurking in the dark, waiting to potentially bring our nation to its collective knees.

Furthermore, those relying on government assistance to pay for chronic, long term care expenses can only do so after impoverishing themselves. This has the unforeseen, negative impact of reducing wealth transfer to future generations simply to pay for the care of those who either heard the warning and did nothing or were not warned by a watchman and were not aware of the looming disaster.

Due to the disproportionate number of Boomers in relation to the overall population, the expanding populace of retirees will also have the negative effect of reducing the number of workers supporting each claimant on government safety net programs, such as Social Security and Medicare.  Currently, three workers support each retiree.  By 2050, that number of working Americans supporting those in retirement will drop by 33% (two workers for each retiree).

With higher demand on the system, and fewer workers paying into the system to support those receiving benefits, it is evident that the system is broken.  Higher taxes, reduced benefits (rationing), or other austerity measures are the logical outcome.  For those who are already receiving benefits, increased longevity may well come with the unwelcome reality that the failure to plan was indeed a plan to fail at a time when available options may be few (or none).

With longevity becoming the “new normal” for today’s Boomers, and the specter of a marauding bandit lurking in the shadows of retirement, there comes the need for a new generation of watchmen on the wall to sound the trumpet and raise the alarm. As a watchman on the wall, you’re in a unique position to see the lack of preparation and do something about it.

Not only can you sound the trumpet, but you can help them flee to the safety of a walled city by offering them financial protection. Traditional LTC insurance and annuity/LTC or life/LTC hybrid products can provide financial solutions that help insulate a family’s retirement income plan from premature distribution.

As you sit with your clients, and speak with prospects, having the long term care conversation is crucial to their long term financial success.  It should be a foundational component in your client’s retirement income planning, and one of the cornerstones upon which they establish financial peace of mind.

But remember…you’re not responsible whether or not they act on your warning. It is up to you to share the message and let them see the potential danger.  As a watchman, you’re there to sound the alarm and encourage those who are listening to prepare.  If you sound the warning, and they fail (or refuse) to respond, you have done your duty.

And let us not forget that watchmen who didn’t sound the alarm when they saw disaster approaching were held accountable by the people who suffered loss as a result.  By the same token, if we fail to share the importance of planning for long term care contingencies, we may well be held accountable by those we should have warned.

A 2008 inductee into the United States Martial Arts Hall of Fame, John is a Sales Coach with Vision Advisors, an insurance FMO, and president of High Street Asset Management, a registered investment advisory firm. He is also a Master Coach with Real Life Management. John has been helping independent producers get in front of qualified prospects for more than two decades. Author and in-demand public speaker, he has entertained and educated industry professionals, as well as their clients, through his passionate, energetic delivery of timely financial topics. John is the founder of Peace of Mind University and one of the developers of Income Planning University ONLINE--two sales programs focused on helping producers connect with and educate pre-retirees. John can be reached at Vision Advisors at 800-505-8489.
Previous The breakdown: 7 types of insurance you should know about
Next Obamacare: One Year Review