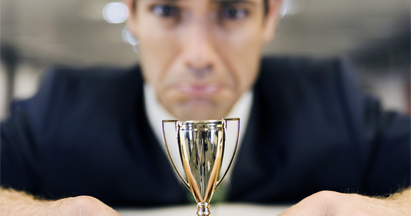 Are You Settling for a “One-Shot Wonder” Career?

One-shot wonders in business are not unlike one-hit wonders on the Billboard charts. Basically, a person starts out with a bang, but is never able to replicate that level of success again. As Andy Warhol once said, “In the future, everybody will be world famous for 15 minutes.”

Are you guilty of putting one-shot wonder effort into your insurance career? Before you say “no,” stop and think about how many times you’ve allowed yourself to settle for mediocre results.

Jane and Tom are both guilty of one-shot wonder efforts. They’re starting strong and finishing weak. Jane doesn’t realize that the first time prospects hear from her, they won’t be ready to take action. The buying process takes time. Jane needs to have faith, execute her plan, and allow the cumulative effect of several marketing touches to influence her prospects.

Likewise, Tom has lost sight of how many follow-ups are needed to achieve success. He’s not alone. It turns out that only 10 percent of sales professionals follow up with prospects more than three times. However, 80 percent of sales are made between the fifth and twelfth contacts, according to a survey by the National Sales Executive Association.

If you’d like to be successful for more than 15 minutes, here are some general guidelines to follow:

1. Stop searching for the silver bullet. The only silver bullets in business are hard work and perseverance. Everything else is sheer luck, and will not be duplicable.

2. Embrace follow-up, even if it makes you uncomfortable. Professional growth spurts most often occur when we’re out of our comfort zones.

4. Determine the activities in your success formula, and hold yourself accountable for completion. For example, now that you know the statistics about follow-up, make yourself follow up 12 times on every unclosed case.

5. Appreciate the journey. If you take time to listen to your clients, find mentors, study processes and embrace discomfort, you’ll grow more and earn more.

Most insurance professionals start strong with the best of intentions. However, only a rare few finish strong—developing duplicable success formulas, building strong client bases, and realizing their full potential. Don’t settle for a one-shot wonder career. Do the work, and claim your destiny.

Foremost disability insurance field authority Daniel C. Steenerson, CLU, ChFC, RHU, is the founder and principal of San Diego-based Disability Insurance Services—the nation’s leading disability brokerage agency that's earned the distinction as the largest wholesale distributor of disability insurance products in the United States. Steenerson imparts his success wisdom, principles and philosophies through his proprietary “Science of Visioneering” approach to help companies, entrepreneurs, executives and other professionals realize business greatness. He may be reached online at www.DanSteenerson.com
Previous 100 Reasons Final Expense is a NICHE Opportunity You CANNOT Afford to Overlook
Next The Real Marketing Revolution: It’s All About Turning Customers into Marketers