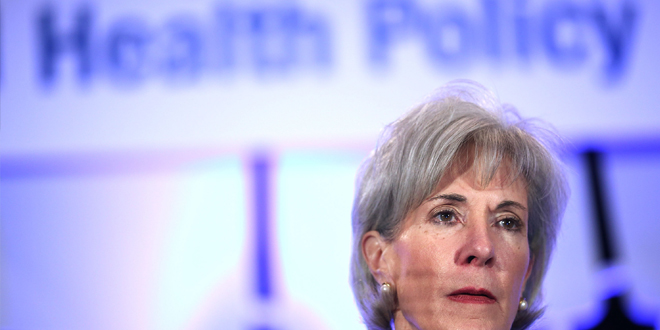 Grace Brewer says she never thought she would be without health insurance at this stage of her life. “I’m a casualty of Obamacare,” says Brewer, 60, a self-employed chiropractor in the Kansas City, Kansas, area.

She wanted to keep the catastrophic health insurance plan she once had, which she says fit her needs. But under the Affordable Care Act, the government’s health care reform law, the plan was discontinued because it did not comply with the law’s requirements, and her bills doubled to more than $400 a month. “I wanted a minimal plan and I’m not allowed to have it,” she says. “That seems like an encroachment on my freedom.”

The Affordable Care Act requires everyone to buy insurance or pay a penalty. Government subsidies can reduce costs for low- and middle-income Americans and without them, many say they could not afford insurance. Americans qualify for subsidies if they are under the age of 65 and have an annual income of up to $46,680 as an individual, or up to $95,400 for a family of four.

Though Brewer could pay less for a plan if she were to accept a subsidy from the federal government, she refuses. “I want to pay my own way,” she says. “I will not take a handout.”

Her sentiment is unusual, but brokers say they do hear from clients who are eligible for subsidies – which are based on household income and not assets – but want no part of them. Health officials have been boasting that 6.6 million people have enrolled in health coverage through state or federal marketplaces created under the Affordable Care Act, but in sharp contrast stands a small group of Americans who say they want nothing to do with the plans, even if they would save money. Their reasons vary: Some are protesting Obamacare, while others simply feel it’s unethical to accept taxpayer dollars to pay for health insurance.

Agent eNews is an online resource for professionals in the insurance and financial services industry designed to provide the tools, expertise and insight to help grow their business. Written by leaders in the insurance and financial services industry, as well as experts in business development, Agent eNews is a business building resource. Agent eNews reaches 500,000+ producers. To contribute to Agent eNews, contact Editor@AgenteNews.com.
Previous Google Wants to Sell You Auto Insurance
Next 10 Sales Strategies for Taking Charge of 2015