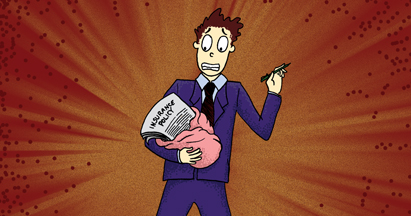 Why You Should Use Greater Care Handling Underwriting Information

One of the tenets of insurance law is that parties to an insurance policy are expected to deal with each other in utmost good faith. Applicants for insurance, or their brokers, must disclose all relevant underwriting information fully and accurately to prospective insurers. If the application contains any misrepresentation or omits information that could affect the underwriting decision of the insurer, the standard of utmost good faith is not met, and the insurer may deny coverage for claims or rescind the policy.

Allegations about misrepresentation or omission usually surface in the course of claim investigations by insurers. In many instances, the ensuing litigation may result in denial of the claim or rescission of the policy. Even if misrepresentation or omission is not proven, litigation inevitably causes significant delays in claims adjustment and direct and indirect expenses to the parties.

Misrepresentations or omissions primarily originate from negligence by the applicant or broker during the course of obtaining underwriting information and completing the application.

One of the major functions of brokers is to obtain accurate and complete underwriting information, which requires their active involvement in the process of gathering, preparing and communicating such information to the insurers, rather than just being the conduit to pass information from applicants to insurers.

Brokers should also take the initiative and explain major provisions or conditions of the policy to applicants to minimize negative surprises when a claim occurs. State insurance laws generally allow the insurer to deny claims or rescind the policy for misrepresentation or omission, including concealment of fact or an incorrect statement, if:

While most misrepresentations or omissions are unintentional, the insurer’s right to deny a claim payment or to rescind the policy is not limited to intentional or fraudulent misrepresentation under a number of state laws, when either of the above two criteria applies.

The following examples are alleged misrepresentations or omissions involving litigation:

In some instances, there may be the appearance of misrepresentation or omission due to a failure by the insurer to clarify responses to application questions. When presented with ambiguous or conflicting information, it behooves insurers to seek clarification prior to binding coverage or issuing the policy. For example, when an applicant found an application question inapplicable to its business, he amended it in a good faith attempt to provide accurate and complete information, and the insurer issued the policy without seeking clarifications. When a claim occurred, the insurer denied it, citing the answer to the modified question as evidence of misrepresentation.

In certain circumstances, only litigation can resolve allegations of misrepresentation or omission. However, the exercise of greater care in obtaining and preparing underwriting information by applicants or brokers, and clarification of ambiguous information by insurers, can substantially reduce the number of cases requiring litigation and the associated delays/costs.

Mr. Swierkiewicz is a retired Chief Underwriting Officer of a reinsurance company and its insurance subsidiary. His firm, Insurance & Reinsurance Consulting & Outsourcing Services (“IRCOS, LLC”), provides property and casualty insurance consulting, arbitration and expert witness services. He can be reached at akos.s@ircosllc.com
Previous Adapt or Perish: How the Insurance Industry Is Blowing the Best Opportunity it’s Had in a Generation
Next How to Handle Referral Objections