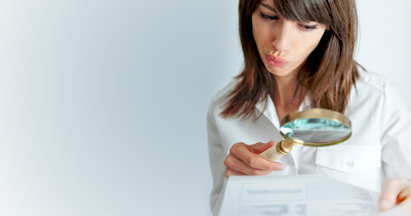 The Next Fiasco: The Lapse of the No-Lapse Guarantee

Have you ever said to your client, “As long as you pay the premium on time, this policy is guaranteed not to lapse”?

Well, as it turns out, it is not that simple and in some cases, not even true.

As these policies age, our agency has learned through painful experience that there are a number of traps that can cause these policies to not live up to the expectations of the clients who purchased them or the agents who sold them.

In essence, these products seem to be structured in such a way that one small misstep leads to sometimes irreparable damage to the contract or to an extremely high cost to fix it. Here we go again, another fiasco in the making.

Let’s go back in time. In 1976, when I entered the business, we were taught two products: whole life and term. If your client bought a participating whole life policy and paid the premiums, to this day, they are most likely quite pleased.

However, we were taught to present the “minimum deposit” concept. Pay four premiums and then use the dividends and loans against the cash value to pay all the future premiums. It looked like it would work because the loan interest was tax deductible and projected dividends were high. Congress took away the loan interest deductibility and interest rates started their long decline to where we are today. So, in the end, it was a fiasco for clients—with lapsing policies and a big income tax due with no cash left in the policy to pay it. It’s called phantom income.

So, we moved on to the “vanishing” premium concept whereby you paid six or seven premiums and the dividends would cover all the future premiums. As interest rates declined, this became twelve or fifteen years or longer. Not a fiasco perhaps, but it led to a lot of unhappy clients and yet another reason consumers are leery of insurance.

Then universal life appeared in 1979 and we illustrated twelve or fourteen percent for thirty or forty years! As interest rates continued to decline, that wasn’t such a good idea either. We are now dealing with clients in their 70s and 80s who are looking at exorbitant premiums to keep that contract in force. In some cases, they can’t even pay the needed premium in because of government mandated limits (DEFRA, TEFRA, TAMRA). A fiasco? Depends on your point of view perhaps, but have you ever had to tell an 80-year-old who has paid many thousands of dollars in premiums over the years that they have nothing and that nothing can be done?

So, the next chapter was variable universal life. Why, you might ask? Well, the markets were doing well and it could be illustrated at twelve percent! What we didn’t understand then—but do now—is the double whammy of a decrease in account value when the sub-accounts went down, causing an increase in mortality charges to maintain the promised death benefit and sending the policy into a death spiral towards a lapse.

So, along comes secondary no-lapse guarantee universal life (NLG). At last! This is what we’ve been looking for—guarantees! Back to what life insurance was all about. It is a guaranteed premium, guaranteed death benefit product but missing the guaranteed cash value that whole life features. That was fine because it was roughly half the price of a whole life contract and the reason for buying it was the death benefit.

The early versions were very rigid. If the premium was one day late, the NLG was lost and could not be restored. We had one situation where the premium was due on a Friday, received by the carrier on Friday, but not processed until Monday. “Too bad, so sad,” said the carrier. We finally got it restored, but what a waste of time, energy and resources.

Another carrier had a similar design but did offer a very short window to restore the NLG (60 days). When I inquired if the client would be notified if this was to occur, the carrier’s response was “No.”

As this market evolved and more carriers offered products, the contracts became much more forgiving with the ability to restore the NLG for five years or perhaps even a lifetime. Great, right? Not necessarily. It depends on how the amount of premium needed to get the policy on track is calculated. In several cases we’ve worked on, it’s not a reasonable number.

So, what about my opening statement that paying the premium on time doesn’t necessarily guarantee that the policy won’t lapse? Well, it turns out that if the premium is paid too early, it may be applied to the prior contract year. If the loads and charges are different in that contract year, the NLG could be gone.

The next trap is taking a loan from the policy. A client asked if he could take a loan, pay the interest and then pay back the loan in two to three years. We ran the numbers. Could he do that? Yes, of course, but the consequence was an ongoing premium that jumped over 50%.

And finally, there is the semantics game.

Have you ever heard the phrase, “If you want the correct answer, you have to ask the right question?” A client’s policy lapsed, we took it through the reinstatement process, and finally got the “Congratulations, your policy has been restored” letter. We then requested an in-force illustration to determine the premium needed to have an NLG to age 120. The response? Oh, the policy has been reinstated but not the NLG, and you cannot restore that. Huh?

We tried to do a study to understand how each carrier’s NLG worked. We found the contract language full of gibberish and long, complex algebraic formulas and home office employees who weren’t really sure—”Just run an illustration.”

So, is it a bad product? No, it’s a great product; it just has to be managed very carefully. Know what you sold and treat it like term insurance. When the premium notice comes, pay it and forget that there is a cash value. It’s “term for life.”

Joseph D. Larkin, CLU, ChFC works with advisors and brokers and their clients on estate and business exit planning matters. He began his career with Connecticut Mutual as an agent in 1976. In 1985 he was appointed an assistant manager with CIGNA Individual Financial Services. In 1998 he became the branch manager for Century Companies and then in 1992 the Managing Director for John Hancock Financial Services in Minneapolis. Joe joined AdvisorNet as Vice President of the Advanced Planning Group in 2001. Joe holds an undergraduate degree in Business Finance from the University of St. Thomas and also is a Chartered Life Underwriter (CLU) and Chartered Financial Consultant (ChFC). He is the incoming President of the Minneapolis Estate Planning Council, a former board member and current member of the Financial Planning Association of Minnesota and a Continuing Education Instructor. Joe is a volunteer instructor for Best Prep, bringing financial literacy to high school students and a member of the Minneapolis Rotary Club #9. Joe has twelve siblings and three children of his own and recently become a Grandpa. He lives and works in downtown Minneapolis and enjoys traveling, sailing, biking & downhill skiing. Joe may be contacted at jlarkin@advisornet.com.
Previous Not Your Father’s Long Term Care Insurance Anymore!
Next Develop an Expert Status That Attracts Your Target Market