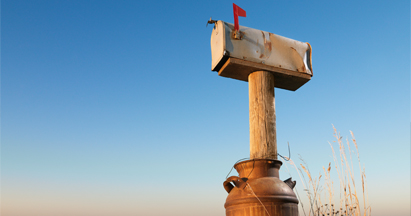 But since the rollout of the Affordable Care Act, one thing’s been clear: Options are not a given. Alabama is among a dozen or so states where every county has just one–or maybe two– insurers. Experts are noticing a pattern: Folks in rural towns seem to have the fewest choices, and the costliest plans.

In Blount County, Ala., most people work at either the school board or at a chicken processing plant. On a recent Saturday morning, a handful of locals gather at a church to learn about their health insurance options.

“In Blount County, if an individual is going to participate, they’re going to have to buy either a bronze, silver, gold or platinum plan specifically from Blue Cross and Blue Shield of Alabama,” he tells the audience. “Because as I say, the other competitor is not competing in your country, OK?”

In Alabama, Blue Cross and Blue Shield pretty much owns the health insurance market. In 64 of Alabama’s 67 counties, it’s the only insurer through the federal healthcare exchange. People in the other three counties also have Humana as an option. But, Mosley says, “Most people don’t know about Humana. It’s not a company that people are very familiar with.”

Agent eNews is an online resource for professionals in the insurance and financial services industry designed to provide the tools, expertise and insight to help grow their business. Written by leaders in the insurance and financial services industry, as well as experts in business development, Agent eNews is a business building resource. Agent eNews reaches 500,000+ producers. To contribute to Agent eNews, contact Editor@AgenteNews.com.
Previous The Secret Flow
Next Most of the early wave of health insurance enrollees are older than 45, records show