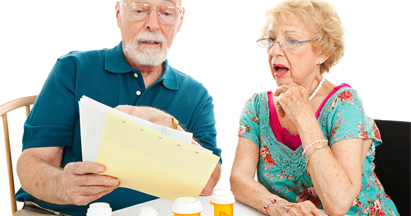 Most of the early wave of health insurance enrollees are older than 45, records show

More than half of the almost 2.2 million people who bought health insurance on federal and state exchanges in the past three months are older than 45, records released Monday show.

Almost 1.2 million people have enrolled in private insurance through the federal health care exchange from Oct. 1 to Dec. 28, Health and Human Services Secretary Kathleen Sebelius said, and more than 1 million signed up in December alone.

Another 956,000 people have signed up for private insurance through state-based exchanges between Oct. 1 and Dec. 28, HHS records show.

About 55% of the early enrollees, Sebelius and other officials said, are between the ages of 45 and 64.

Agent eNews is an online resource for professionals in the insurance and financial services industry designed to provide the tools, expertise and insight to help grow their business. Written by leaders in the insurance and financial services industry, as well as experts in business development, Agent eNews is a business building resource. Agent eNews reaches 500,000+ producers. To contribute to Agent eNews, contact Editor@AgenteNews.com.
Previous Rural Americans have fewer – and costlier – healthcare options
Next Three Secrets to Underwriting Success