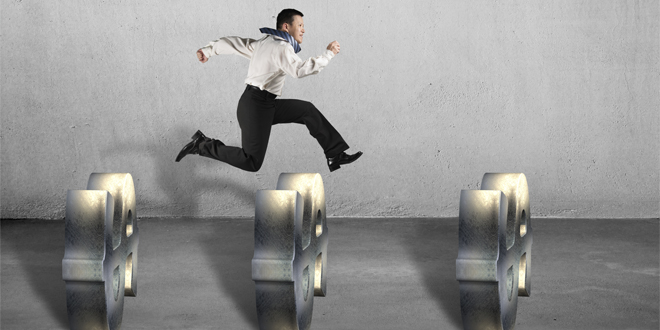 Ours is a business full of twists and turns.  And it’s all a matter of how we handle those twists and turns that shape us.  I recently had an annuity case that put me to the test. And I wondered all through the entire process if I was man enough to complete it.

Let me start from the beginning.  It was a cold winter day. No, seriously it was.  In fact, the northeast got pummeled with a winter this year that I doubt anyone could forget.  And, as you probably could’ve guessed, attitudes in general followed right along with the cold.  Now I have set the stage for this trying annuity transaction:

The client is someone I’ve known for quite some time, so I thought if something went wrong, she would at least give me a little more leeway than someone I had just met off the street.  So, as far as prospects went, she was a warm lead which again was a good thing.  We completed the paperwork and submitted the case to the carrier on January 25. We had a rate lock that would expire March 13, so we were given approximately 45 days to complete the deal.  In 20 years, I have never exceeded that time frame.  In fact, the longest it’s taken me from submission until issue has been about five weeks, and that just happened to me in December, which I attributed to the busy holiday season.

All carriers have various check times to see where things are. This time period can be every 10 days to two weeks.  Since I believe having multiple cooks in the kitchen is almost always a good thing in this business, I followed the progress of the case with my own set of checkpoints. I know it sounds like twice the work, one set being what the carrier does and the other being mine, but see if you can follow along with why I do what I do.  There is a method to my madness as they say.  This case was certainly no exception!

A week into this annuity, things were already going terribly wrong.  I told my client that she may want to liquidate the account back to cash to make the transaction go more smoothly. So on February 7, she called her broker to inform him that she wanted him to sell whatever was in the account back to cash.  The next day, we checked the account together, and nothing had been done.  Initially, I thought that maybe the reporting wouldn’t hit the account until the following Monday or Tuesday because she called the broker on a Friday.  We let this go until her schedule permitted a three-way call back to her broker’s customer service department which wasn’t until two weeks later on the 14th.  In a somewhat heated conversation, on both ends, my client spoke to the broker’s assistant, and the assistant finally put the request in for liquidation.  Of course, I had my phone on mute in the fear that I might let this broker’s assistant have it.  The next day, we looked at the account and saw that there was a sale and the cash was now ready for transfer.

We both thought it was finally moving along.  But as fate would have it, we still had more obstacles to wiggle through. The check wasn’t sent when the assistant claimed it would be, so we were back on the phone with the bank’s customer service department.  I forgot to mention, the account was at a very large U.S.-based bank brokerage.  Meanwhile, the carrier did their thing. They called to follow up as well and couldn’t gain any ground either.

So where are we now?  I suppose somewhere around day 35 or so.  Incidentally, remember I mentioned this was a warm lead?  Well, right around day 36 or 37, I get a call from the client. Basically, she told me that she would’ve just caved in and canceled everything had she not been acquainted with me.  I thought for a moment, was this the calculated thought process of the opposing broker?  Was he avoiding follow-through for my client on purpose?  If this was the intent of the broker, he was turning out to be smarter than me in some weird twisted way. (Not that I would ever ignore a client’s wishes)

Because I try to stay on top of things, I did have a back-up plan.  I wanted to figure out which department actually issued the transfer checks.  I thought if I knew this, it might give me the edge in moving the case along.   Luckily, I somehow ended up where I needed to be and found out who was the receiver of the check request paperwork in the transfer process.  I was told that the forms needed some changes, so we applied the corrections and re-faxed everything back.  The correction was simply dating her corrections which were from a prior correction.  The next day (around day 40), we called to verify that all was in order only to find out she needed to re-initial the prior correction we had just made.  At this point I thought, “Wow, is this really how Corporate America operates?”

The good news is we made the last change, and the check was finally mailed out.  As it turned out, the central processing office was on a skeleton staff the final few days of this case due to inclement weather in the Midwest.  Though honestly, at this point, neither my client nor I really cared what their issues were.

In the end, the carrier did receive the check on day 45!  Talk about close calls.  In fact, just to give this an even better ending, I recently did more business with the client and she gave me one of the nicest compliments I have ever received in my 20 years in the business.  The moral of this story: Persistence makes for better persistency.

Here is an update to this original story.  As of just the other day, this same client and I are engaged in another transaction.  And yes you guessed it, with that same bank broker again!

Harris has been in financial services for almost 20 years. After holding his series 7 & 63 for 12 years, he now specializes in Life and Disability. His method of selling produces near perfect persistency and client experience. He's a graduate of Pennsylvania State University, has taught CE classes and received the CES designation from the Institute of Business and Finance in 2008. Spending time studying economics has given him the edge to help keep his client base secure, and attending as many industry meetings as possible has kept him informed on industry regulations and product rollouts. He was first profiled in Selling Magazine back in 1996 and has since been written about in various college text books. He currently lives with his family in New Jersey where he continues to grow his Insurance practice.
Previous Money Doesn’t Grow on Trees, but…
Next The Delicate Art of Approaching Friends for Business and Referrals