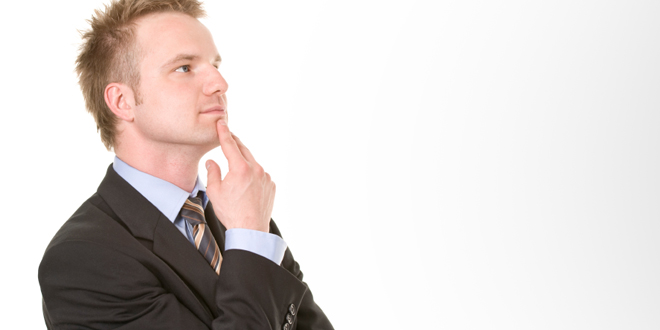 During the Christmas break, my kids and I have a tradition of piling up on the sofa with a huge bowl of popcorn and watching movies.  My 12-year-old daughter wanted to watch the latest remake of Alice in Wonderland. With Johnny Depp and Anne Hathaway in the same movie, I’m thinking it can’t be that bad.

So shortly after Alice fell down the rabbit hole, she drinks a potion that causes her to shrink and enters an over-sized jungle where she comes across a hookah-smoking caterpillar. After looking her up and down, the caterpillar asks the immortal question at the heart of the Alice story:  “Who are you?”

Through the rest of Alice’s adventures in Wonderland, she has to come to grips with the reality of “who” she was, and as a result, what she could do.  The story ends, at least in the latest remake, with Alice declining marriage to a rather nasty young man and setting a new course for her life by partnering with a wealthy businessman to expand trade globally.

The immortal question at the heart of Alice’s story is the same question that your prospects, and even at times your clients, are asking of you:  “Who are you?

A producer sat in my office a few days before the end of 2014 asking for ideas on how he could grow his practice and make more money.  He shared that he’d spent the past few weeks, as he has for the past several years, engaged in Medicare Part D and Medicare Advantage enrollments. While it had been an “okay” year, he was realizing that he would never achieve his income aspirations if this was the sole focus on his practice.

I asked, “How do your clients perceive you?”  His initial response was that he had a good rapport with the vast majority of his customers and a good base of consistent, loyal clients who stayed with him year after year.  When I pressed deeper, he understood what I was asking and he made a life-changing statement, “They see me as their Medicare agent.  I’m just their Medicare Guy.”

Therein lies the rub that has plagued many in the TV and movie industry as well.   Lots of Hollywood greats were typecast in a unique role that plagued them for the rest of their careers. No matter what other roles they sought to portray, the audience saw them as the character that made them great. This is the blessing, and the curse, of branding.

Like Hollywood actors, many of us in the financial services business have done such a good job at branding ourselves in one small niche market that it’s the only way our audience can see us. Even more versatile actors like Johnny Depp or Angelina Jolie have found themselves somewhat typecast.  Depp typically plays “odd” character roles (such as Jack Sparrow) and Jolie’s best performances have been in action flicks like Tomb Raider and Mr. and Mrs. Smith.

As I talked with the producer in my office, we began to explore how he could expand opportunity while not abandoning the very image his clients have of him.  How could he go from just being his client’s “Medicare Guy” to something more?  How could he increase his value in the eyes of his clients so that they turn to him for more than just a Medigap plan or a Part D drug card?

I asked this producer what he was doing outside of Medicare Open Enrollment season to expand his opportunity with existing clients? What I learned was, like many producers, he wasn’t doing a lot to cultivate and grow the garden in his own backyard.

So the topic changed from what he was doing to what he could be doing.  As we discussed his “typical” client, he outlined a couple, recently retired, who often had an IRA, 401(k) or other qualified assets.  They could benefit from other products and services he offered, but it simply wasn’t happening.

Why?  Branding.  That’s why. His clients saw him as their “Medicare Guy” because of his expertise and knowledge in this area.  Sadly, they didn’t realize that this producer’s knowledge and expertise went far beyond just helping clients manage their acute care needs, and that he truly could be a help to them in other areas of their financial lives.

We talked about communication, or the lack thereof, with his current customers.  As he had no system to regularly stay in touch with his clients, we discussed some simple things like sending birthday and anniversary cards.  When I asked about a client newsletter, he said he’d considered one but that was about it, so I shared our “Cornerstones” newsletter we publish for our IPU coaches.

A client newsletter can both educate clients on other areas a producer wants to focus on, and at the same time raise consumer awareness that the producer has expertise in these other areas.  Typically sent out quarterly, it’s a fairly inexpensive way to keep you “top of mind aware” with your clients.  Further, it now gives you a reason to pick up the phone, ask if they received the newsletter, and seek their comments on a particular article.  It positions you to start the selling conversation.

Direct mail is overlooked, and under-utilized, with Boomer clients.  Newsletters, postcards, personal letters and handwritten notes go a long way in strengthening the relationship you already have with your clients, as well as presenting new opportunities and services available to them.  They value the time taken to send them a newsletter, a postcard and especially a handwritten note.

The producer had no website.  His business card spoke solely to his Medicare practice.  He had no credibility brochure, nothing by which to tell his story or educate his clients on ALL that he had to offer.  To his clients, he was typecast.  Without a makeover, he would never be anything more than their “Medicare Guy.”

We also discussed client events, and the use of client advisory boards.  I shared a story of a producer who has a similar practice. Once a quarter, he hosts a “game day” with his clients that consists of pizza, popcorn, diet cola, board games and cards.  He invites his clients to attend and encourages them to bring a friend.  The first 15 to 20 minutes is thanking his clients for their business, talking about current events and how they may impact their retirement, and sharing a “food for thought” idea around life insurance, annuities, long term care or another topic of interest to his audience.  The rest of the event is food and fun.  Another advisor meets with select clients on a quarterly basis over lunch, and has made them an integral part of growing his practice.

It’s also an inexpensive way for your clients to bring friends, family and acquaintances to meet you, get to know you and answer the “who are you” question.

That question, posed by a hookah-smoking caterpillar, promoted Alice to take a serious look at who she was and come to grips with the reality that she was much more than she was being perceived.  When she climbed out of the rabbit hole, she remade herself and others saw the previously unseen value in her life.

It’s also an important question you need to ask yourself. Why?  If you don’t know who you are, how can you deliver a consistent, effective marketing message that gets you in front of qualified prospects on a favorable basis?

It shouldn’t take a Wonderland experience for us to do the same.  But if you need a hookah-smoking caterpillar to ask you that question, just look for the white rabbit, late for a very important date, and follow him to his hole.

A 2008 inductee into the United States Martial Arts Hall of Fame, John is a Sales Coach with Vision Advisors, an insurance FMO, and president of High Street Asset Management, a registered investment advisory firm. He is also a Master Coach with Real Life Management. John has been helping independent producers get in front of qualified prospects for more than two decades. Author and in-demand public speaker, he has entertained and educated industry professionals, as well as their clients, through his passionate, energetic delivery of timely financial topics. John is the founder of Peace of Mind University and one of the developers of Income Planning University ONLINE--two sales programs focused on helping producers connect with and educate pre-retirees. John can be reached at Vision Advisors at 800-505-8489.
Previous Staying in the Box: Lessons from “The Mick”
Next Feds to Taxpayers: Did You Get Health Insurance?