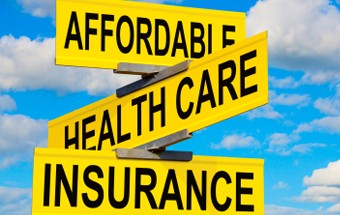 This article is about the impact of the Patient Protection and Affordable Care Act, which I will refer to as the “Act” or “ACA” for the sake of brevity. My intent is to present not only the perspective of providers and insurance companies, but also to look at the issues from the standpoint of individuals and businesses.

Let’s discuss how the Act will affect your wallet and identify those persons it will help, as well as those likely to experience “sticker shock.”

My analysis draws heavily on a study sponsored by the Society of Actuaries, published in March 2013 (“Cost of the Future Newly Insured under the Affordable Care Act”).  Please keep in mind that actuaries are number-crunchers who generally work for insurance companies and focus on risk management. In other words, actuarial research is used in setting prices for all types of insurance.

The first finding of the study seems somewhat encouraging. It projects that, after three years of exchanges and insurer restrictions, the percentage of uninsured nationally will decrease from 16.6% to between 6.8% and 6.6% compared to pre-ACA projections, although the exact percentage will vary substantially between states. This variation is primarily due to the fact that Medicaid will expand to 138% of the federal poverty level. This expansion will impose additional costs on our state governments, many of which are already struggling financially, because the states are obligated to pay part of the cost of Medicaid. Still, from a societal viewpoint, lowering the percentage of uninsured persons is encouraging news.

Finding number two is more concerning:  Under the ACA, the individual non-group market will grow 115%, from 11.9 million to 25.6 million persons, and 80% of that enrollment will be in exchanges. People will gravitate to this option because only through these exchanges will refundable tax credits—subsidies, in effect—be given. Company health plans will probably shift to the exchange model or something similar, since the cost of a group plan independent of the exchanges cannot be more than 9.5% of an employee’s income. Under certain conditions, small businesses may receive incentives such as tax credits and subsidies.

And this brings us to the study’s finding number three:  The non-group cost per month will increase by around 31.5%. Ouch! In some states, such as Ohio and Wisconsin, the cost will increase by 80%. A handful of states, including Virginia, Massachusetts and New York, are expected to see a cost decrease of around 13%. I have independently confirmed these projections with a couple of major insurance companies. And it stands to reason that, if insurance companies can no longer underwrite their risk—and since, as of January 1, 2014, pre-existing conditions cannot be used in pricing insurance coverage—the risk is higher, and the cost of insuring against that risk must go up. That’s right, folks—get ready for big increases in your premiums.

These numbers, remember, establish eligibility for tax credits. The numbers are based on the current Federal Poverty Level, but they would move upward if the FPL were adjusted higher.  And, of course, if you have more than four family members, the number would also go up.  These tax credits or equivalents go from 100% to around 33% on a sliding scale.

For those ages 55 to 65, premiums cannot exceed three times that of a 22-year-old. This middle-aged group might actually see a drop in their premiums because of this rule. Such a drop would offset some of the overall increase in premiums that we will face on January 1, 2014.

Now we take a look at the business rules. If a business has fewer than 50 employees, it is not required to offer health insurance. Unless the business sees a way to qualify for tax credits, it will probably opt out. If the business has fewer than 25 employees and their average annual wage is less than $50,000, the employer can qualify for up to a 35% tax credit—and in later years, this credit rises to 50%. If the employer is a non-profit, the credit starts out at 25% and later goes up to 35%.

Those companies with more than 50 full-time employees must provide a health care plan or be fined up to $3,000 per employee. The key here is to qualify as “full-time.” You must work a minimum of 30 hours. Sounds to me like there may be more part-time employees in our future. There is one small glitch, however—if you have 100 employees working 15 hours per week, you must still provide health care. And remember, an employee’s share cannot exceed 9.5% of salary.

As you can see, the ACA’s impact differs according to age and employment status. It appears to me that individuals younger than 55 with income over $45,960 and families of two making over $78,120 are really going to get hit hard with the rising cost of health care premiums. The middle class and the wealthy will be expected to pay the freight for the rest.

I am sure you have figured out by now the ACA is rather complex. Just think: these three pages are intended to do justice to a 2,700 page document that most government officials still have not read. I do think it will give you a pretty good idea how staggering this could be for individuals as well as small businesses. As of this writing, the government has already postponed the business portions of this mammoth bill until 2015. Furthermore, the exchanges are not anywhere near ready to go and must be ready in a short period of time.

From an economic perspective, there could certainly be some negative impact to consumption, and it does appear that the middle to high income brackets will be the most affected. I’m sure the insurance carriers will benefit if they are able to handpick the exchanges in which they choose to participate, even with the restrictions on their pricing structures. The providers, I suspect, will be negatively impacted as the goal of the government as well as the insurance companies is to drive down health care cost.

Michael Chandler is President of Dogwood Capital Management. He attended East Carolina University and has been a Life and Health Agent since 1989. Michael is an Investment Advisor/Financial Planner and also a contributing blogger for Seeking Alpha. To contact Dogwood Capital Management, please call (910) 487-8755.
Previous Facebook 101 for Dental Brokers
Next Generate a Predictable Income: Key Internal Marketing Strategies