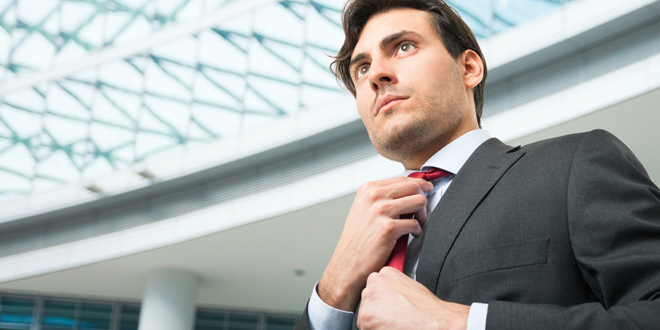 Staying in the Box: Lessons from “The Mick”

When I was a kid, I was a fan of Mickey Mantle.  He was the idol of many American boys just like me.  Known as “The Mick,” Mantle was one of the greatest home run hitters of the time, and perhaps the greatest switch hitter ever to play the game.  After a 14-year career with the New York Yankees, Mantle retired with 536 home runs to his credit.  He also racked up an impressive 2415 hits, scoring a total of 1676 runs in his distinguished career.    He was the stuff of legend, and was idolized by players and coaches alike as a “superstar who never acted like one.”

Mantle held another record for many years, a dubious one at that.  He not only was remembered as one of the best home run hitters of his day, he held the record for most strikeouts, with 1710 to his credit.

Although he was one of the greatest to ever play the game, he failed to get on base over 70% of the time.

As we move into a new year, financial professionals often reflect on the conquests and exploits of the past 12 months.  They relish in the glory of commissions or fees earned, contests won and incentive trips to exotic places enjoyed.  Plans are made for the coming year, with the expectations that this year will be greater than the year before.

Then something happens.  The best laid plans of mice and men meet reality when you make your best pitch to a prospect, pouring out your heart and soul as you present the solution to their pressing money problem, only to have them say NO.

Getting the prospect to say YES to your solution has been the holy grail of selling.  Countless books, tapes, DVDs and workshops have been offered up to the masses, all with the promise of getting more YES answers to your product or service offering.  Authors and seminar speakers have made a fortune at our expense as we’ve sought to find that magic formula for closing more sales.

Over a 25+ career in the industry, I’ve given my fair share of workshops and training classes to sales professionals seeking to hone their prospecting, presenting and closing skills.  As we talk through the process of moving a suspect to become a prospect, and from there to become a client, the attitude of many sales professionals in the room comes across as “some will, some won’t, so what, who’s next?”

They’ve forgotten the simple lesson taught to us by “The Mick.”

Yet Mantle continued rather than simply throwing his hands up in defeat.  Time after time, he faced down pitchers from across the League and watched as sliders, fastballs, change-ups, curveballs and knuckleballs came his way.  Who knows how many times he would swing for the fence only to tip the ball into the backstop or hit a foul ball into the stands?   How many times did he strike the ball with purpose, only to have an outfielder snag a fly ball or an infielder throw him out at first base?

But “The Mick” didn’t quit.  He persevered.  He stayed in the box…and kept swinging.

Producers today, like most of the prospects they meet with, want instant gratification.  We live in an instant society where we can have virtually “anything” in a moment.  From instant coffee and microwave popcorn to movies on demand and WiFi or cellular service everywhere we’re able to satisfy our whims almost at will.  If they can’t have it right now, then they don’t want it.  Whatever “IT” is, it’s not worth the wait to most Americans.

But what happens when they want what you as a financial professional have to offer, and you’re not there?

Far too often, we as financial professionals move from prospect to prospect like some journeymen in the professional sports circuits move from team to team.  Like many a young athlete who jumps from practice squad to practice squad, never staying around long enough for his skill set to be recognized and appreciated, we often fail to stay the course with those who initially said no (for what could be a variety of legitimate reasons), but may want and need what we have to offer – just not today.   Just because you struck out with a prospect the first time (or they chose not to pitch to you today) doesn’t mean you’ll never get another opportunity to get back in the batter’s box – but only if you’re still on the roster and haven’t moved on to another team.

The purchase of insurance is often triggered by a life event, or by a prospect learning new information and coming to the realization that they are not as financially secure as they should be.  It is at these moments that a prospect will seek to contact “someone” to help them solve what is now a pressing “got to have it now” need in their lives.  They wind up and throw a fastball right over the plate, daring the batter to prove his worth and knock it out of the park.

But what happens when they want what you have to offer, and you’re not there?   If you’re not in the batter’s box, you miss the opportunity to swing at the pitch.

I recently spoke to a producer who completed a client workshop event in late November.  I asked about his attendance, which was decent given the holiday season.  28 registrants (mostly couples) signed up for the workshop, 18 attended, and he scheduled eight appointments.  He kept six of the eight and ended up making three of those prospects into annuity, life and/or long term care clients.

28 registrants took the time to sign up for an event he spent time, energy and a lot of money to get in front of, which resulted in eight appointments.  The producer was so focused on the eight that he forgot he still had an opportunity with the other 20, but only if he stayed in the box.  Today, the income planning message was not their immediate need, but for many of them it will be.  The question is when?

I suggested a 5-week drip mail campaign to these 20 couples using five distinct full-color, oversized postcards we developed – each with a pithy message and eye-catching graphics to keep the message they initially responded to in their forefront.  For about $20-$25 a week, this producer was able to continue to share some compelling reasons “why” these couples should take a second look at what got their attention in the first place, and it also gave him a reason to pick up the phone and call them.

Top of Mind Awareness (TOMA) can keep you in the box, giving you yet another opportunity to swing for the fence with your prospects.  It’s also a great way to solidify and strengthen your relationship with your existing clients, who are being constantly bombarded by competing messages.

Special event cards for events like birthdays or anniversaries remind your clients that they are more than just a notch on the bat.  A quarterly newsletter, periodic postcards or an occasional “how are you doing” phone call can keep your name at the forefront while sharing important information that can spark a “got to have it now” conversation as your message, and a life event, coincide.

Those suspects who responded to your dinner event invitation, but didn’t show, are like those tipped balls that kept Mickey Mantle’s count at 3-2, giving him the opportunity to add yet another home run to his record.  Those who said no to our offer are just more   foul balls that let you stay in the box and keep swinging.

But if you’re not there when those prospects throw you a juicy fastball right down the middle of the plate, you miss the chance to knock it out of the park.

How many direct mail leads have you cast aside as the initial attempt to set an appointment was not successful?  Before you throw away a lead that costs you time, energy and money, consider a TOMA campaign.  It’s an inexpensive way to create another “at bat” opportunity with the prospect, as well as with the referrals they may share your message with.

Mickey Mantle made it to the Hall of Fame because he stayed in the box, and kept swinging.  And he’s not remembered by his adoring fans for the strikeouts, but for the plethora of home runs that put him in the record book.  For “The Mick,” each swing of the bat brought him closer to that next base hit, RBI or home run.

Our suspects, prospects and clients are the Big League pitchers we stare down every time we pick up the bat and walk to the plate.  They are constantly presenting us with the unique opportunity to score if we can be in the box, and connect, when they release the pitch in our direction.

Even if you don’t get a base hit every time you swing, don’t quit too soon.  Those tips and foul balls give you yet another opportunity to let the pitcher know you’re still in the game – and you’re looking for another chance to hit the ball out of the park.

Thanks, Mick, for teaching a young, impressionable young boy an important life lesson.

Stay in the box, and keep swinging!

A 2008 inductee into the United States Martial Arts Hall of Fame, John is a Sales Coach with Vision Advisors, an insurance FMO, and president of High Street Asset Management, a registered investment advisory firm. He is also a Master Coach with Real Life Management. John has been helping independent producers get in front of qualified prospects for more than two decades. Author and in-demand public speaker, he has entertained and educated industry professionals, as well as their clients, through his passionate, energetic delivery of timely financial topics. John is the founder of Peace of Mind University and one of the developers of Income Planning University ONLINE--two sales programs focused on helping producers connect with and educate pre-retirees. John can be reached at Vision Advisors at 800-505-8489.
Previous Liberals Push Dental Coverage for All, Health Insurance for Illegals–And More
Next Who Are You?