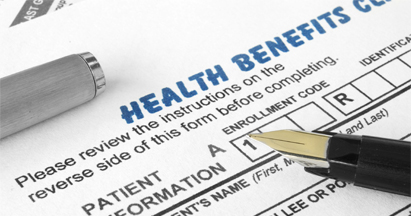 Insurance through work? Health law affects you too

The health care overhaul’s reach stretches far beyond the millions of uninsured Americans it is expected to help. It also could touch everything from the drug choices to doctor bills of people who have insurance through work.

The law isn’t expected to prompt sudden, radical changes for workers. So you probably won’t lose your job due to the overhaul, despite claims by the law’s opponents. But benefits experts say there are several other ways the law can leave fingerprints on the benefits of the roughly 149 million people who are covered through their jobs.

IS MY JOB SAFE?

Republicans have called the overhaul the “Job-Killing Health Law.” This is in part because of the law’s requirement that companies with 50 or more workers offer full-time workers — defined as those working 30 hours or more — health coverage.

Some companies have said they are cutting part-time workers’ hours to keep them below that threshold. Texell Credit Union in Temple, Texas, is one.

Agent eNews is an online resource for professionals in the insurance and financial services industry designed to provide the tools, expertise and insight to help grow their business. Written by leaders in the insurance and financial services industry, as well as experts in business development, Agent eNews is a business building resource. Agent eNews reaches 500,000+ producers. To contribute to Agent eNews, contact Editor@AgenteNews.com.
Previous Communication that Produces Results
Next Wedding insurance expands as nuptials get pricier