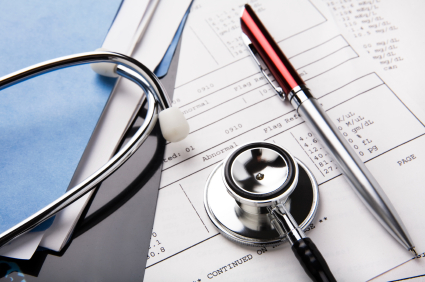 As the budget debate rages on in Washington, it’s becoming clear that Medicaid will be coming under the knife. During the National Governor’s Association (NGA) annual meeting last July, governors of both parties said they are “most worried that both President Obama and Congressional Republicans wanted to cut Medicaid payments to the states by $100 billion over the next decade.”  House Republicans have taken things even further proposing more than $700 billion in Medicaid cuts over the next decade, largely by converting federal funds into block grants for states. “There has been an unsettling silence around Medicaid — even from members of my own party,” said Sen. Jay Rockefeller (D-WV). “Medicaid suddenly looks like the sacrificial lamb.”

Medicaid and state budgets have been hit particularly hard by shrinking tax revenues and growing Medicaid enrollment brought on by the economic crisis and an aging population. There is a combined budget shortfall of $121 billion across 46 states for fiscal year 2011. By law, states must operate with balanced budgets every year, and draconian cuts, combined with federal assistance, have become necessary.

To keep peace, states have begun looking for alternative ways to stimulate private dollars to help pay for the costs of long term care and reduce the pressure on Medicaid budgets. One example has been the unanimous passage by the National Conference of Insurance Legislators (NCOIL) of the Life Insurance Consumer Disclosure Model Law requiring that life insurance companies inform policy owners that they have a number of options to consider instead of abandoning an in-force policy. Among the options in the law is the right to “convert a life insurance policy into a long term care benefit plan.”

Any form of life insurance can qualify for a policy conversion to pay the costs of long term care provided in a nursing home, assisted living facility or in the home. Life Insurance is an unqualified asset for Medicaid eligibility and the Assurance Benefit policy conversion is considered a “qualified spend down.” under Medicaid eligibility rules. This option also allows the owner to preserve a portion of the death benefit throughout the spend down period, protecting it from Medicaid Recovery legal action against the estate.

Chris Orestis is president and founder of Life Care Funding Group; a 15-year veteran of both the life insurance and long term care industries, and a frequent speaker, featured columnist, and contributor to a number of industry publications. His blog on senior living issues can be found at www.lifecarefunding.com/blog. He can be reached at 888-670-7773 or chris@lifecarefunding.com.
Previous Medicaid Eligibility Q&A
Next Botox Marketing