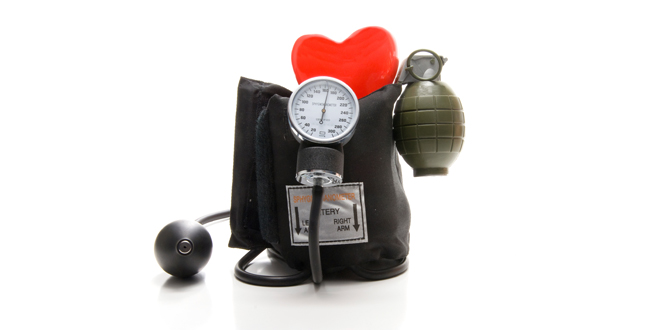 If you don’t know the statistics, they are alarming.  The United States Department of Health’s website, longtermcare.gov, states that 7 in 10 seniors will require long term care assistance prior to death.  That number is staggering if you consider the fact that the Boomer generation is turning 65 at a rate of 10,000 a day and will do so for the next 16 years.

Fidelity Investments recently reported that a retiring couple in 2014, age 65, can expect to spend $220,000 in healthcare costs over their anticipated retirement.  While this number is unchanged from 2013, and down from the $250,000 peak in 2010, one important takeaway looms ominously over this burgeoning Boomer population, “…that $220,000 in estimated costs does not include any costs associated with nursing-home care, and applies only to retirees with traditional Medicare insurance coverage.”

According to a 2011 Genworth study, an average family paid $14,965 more for long term care expenses in 2010 than they did in 2005, and costs were escalating at a rate of 4.7% annually.  If this trend continues unabated, the cost associated with long term care will double every 15.3 years.  As today’s Boomers can expect to live an average of 20 to30 years in retirement, the staggering cost of long term care is a ticking time bomb that could keep millions, perhaps billions, of dollars in wealth from passing generationally.

If the cost of long term care averaged $67,525 in 2011, consumers can expect to pay $135,050 in 2026 for the same services.  Considering the average stay in a nursing home is two-and-a-half years, a prolonged nursing home stay could cost $337,625 in 2026.  That’s in addition to the acute healthcare costs a retiree may be subject to for hospital and doctor care, as well as prescription drugs, while in retirement. Combined, this number could easily surpass $500,000 over a retirement lifetime for at least some of the 70% of those who will become a long term care statistic prior to death.

The numbers are overwhelming, yet when you extrapolate the number of traditional long term care policies in force today as compared to the Boomer populace at risk, you find that over 90% of them have no long term care coverage in force.  That leads us to this question: Are today’s Boomers addressing this uncertainty using asset-based solutions (Life/LTC or Annuity/LTC combo products) or are they rolling the proverbial dice hoping they will be one of the 30% who do not suffer a long term care incident prior to death?   My concern is that for far too many fall into the latter category..

A 2011 Harvard University study revealed that 50% of those who enter a nursing home  exhaust their life savings in a single year.  This was reinforced by a 2014 Harvard study that found those who were retired homeowners could survive up to 42 months (before exhausting their financial resources, including the equity in their home), but  those who were renters couldn’t even cover one month of long term care expenses as they lacked the financial capacity to do so.

Like disability income during one’s working years, long term care insurance is in essence “Paycheck Protection” for a retiree’s income..  Often called the “living death,” disruption of income either while working or in retirement results in the inability to meet one’s financial obligations even as life goes on.  The ability to earn a living is diminished, yet the expenses continue to mount.  Factor in that retirement income typically covers two lives and you can see the compounded dilemma if someone fails to plan and suffers   a long term care incident prior to death.

The 132 million Americans age 50 and older control an estimated $87 trillion in wealth.  Their children are already counting this money as theirs, even as Mom and Dad continue to live on through  retirement.  But without proper planning, a significant portion of this wealth could be diverted to pay for healthcare and long term care expenses and not make its way into the hands of those who are already counting those dollars as their own, resulting in lost inheritance.

Still, when you consider the costs vs. benefits of care, long term care insurance makes sense.  If you consider an average long term care insurance premium of $3,000 a year, a client would pay $30,000 in premiums over 10 years.  If that client then went on claim, and let’s assume the cost of care was $185 per day, the client would recoup the entire 10 years of premium payments in 162.2 days (5.4 months).  If the client can qualify, years of premium payments can be recouped after only a few months of benefits being collected to pay for long term care.

But it’s important that clients have that conversation with a trusted advisor before they have the proverbial “healthcare car wreck.”   Just like you can’t get coverage to pay for a car wreck after the fact, you clients can’t obtain long term care coverage once they’ve experienced a qualifying event.  It’s their good health today that actually permits them to buy this needed coverage.   Clients who choose to wait and address long term care payment issues after a qualifying event find their choices severely limited.

Given the fact that 85% of seniors, if given a choice, want to live out their lives in the comfort and privacy of their own home, a properly designed long term care plan leaves multiple options open should a qualifying event occur.  And today’s use of asset-based long term care solutions, such as Life/LTC or Annuity/LTC combination products, helps mitigate the concerns of many Boomers who fear they may be paying for a benefit they may never receive.

The introduction of asset-based solutions has also created new options for those who have had some health issues and may be unable to qualify for traditional long term care insurance coverage, opening doors for prudent advisors who are having this important conversation with their clients about the need to defuse the ticking time bomb that is long term care before it blows up their client’s retirement income plan prematurely.

Income planning in retirement is NOT just how much money a client will need to pay the bills and play with the grandkids.  It’s about delivering financial peace of mind to those who may spend up to one-third of their lifetime in retirement and knowing they have a guaranteed stream of income they won’t outlive, as well as a plan for unexpected healthcare expenses in retirement.

It may be an uncomfortable conversation, but one that must take place with your Boomer clients.  The LTC time bomb is ticking, and 70% of your Boomer clients may well face this unpleasant reality in retirement.  Do you want to have the conversation with them today, or with their children as you try to explain how a lack of prudent planning resulted in their lost inheritance?

You can defuse the ticking time bomb that is long term care looming in your client’s retirement future.

A 2008 inductee into the United States Martial Arts Hall of Fame, John is a Sales Coach with Vision Advisors, an insurance FMO, and president of High Street Asset Management, a registered investment advisory firm. He is also a Master Coach with Real Life Management. John has been helping independent producers get in front of qualified prospects for more than two decades. Author and in-demand public speaker, he has entertained and educated industry professionals, as well as their clients, through his passionate, energetic delivery of timely financial topics. John is the founder of Peace of Mind University and one of the developers of Income Planning University ONLINE--two sales programs focused on helping producers connect with and educate pre-retirees. John can be reached at Vision Advisors at 800-505-8489.
Previous Insurance & Financial Terminology
Next 5 Local Marketing Lessons I Learned From The Insurance Industry