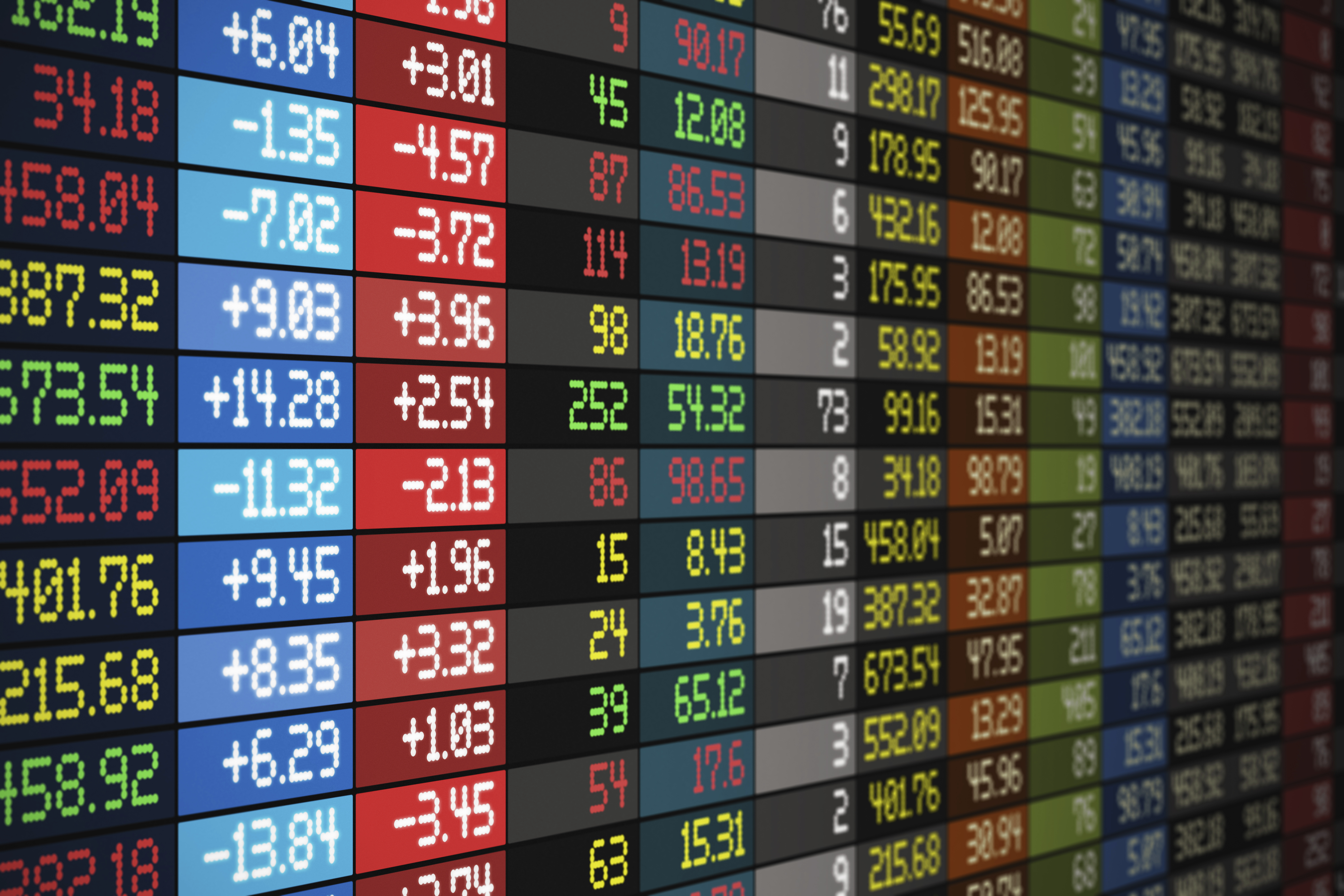 A 90% Correction Coming For the Stock Market?

I am sorry to report that there is no typo in the title above. That is a ’9′ followed immediately by a ’0′. As in ninety percent. As in unprecedented. As in global devastation of capital and equity. So, you are probably wondering if this is an arbitrary number that I used to garner attention. Unfortunately, it is not. In fact, it stems from a very well respected economist who accurately predicted the 2008 financial collapse. So please read on … and brace yourself.

To begin, I would imagine many of you are reading this with a huge seed of doubt already in your head. To be honest, I can’t blame you. The stock market is not only reaching four-year highs, it is quickly approaching all-time highs again. And, even though we are still at more than 8 percent unemployment, we have added approximately four million jobs back to the economy since the 2008 financial crash. Moreover, there are hints that the housing market has finally bottomed. Mortgage rates and borrowing rates are at all-time lows, and things really don’t seem all that bad with our economy from a bird’s-eye view, 30,000 feet up.

So, what could possibly force us to give up all of these stock market gains again? More importantly, what could cause us to not only give up what we have gained back since 2008, but to also give up almost everything we’ve built over the last 25 years?

Well, a 90 percent drop in the stock market is the latest prediction to come from respected economist and author Robert Wiedemer. Before you say, “This guy must be crazy,” or “Did he accidentally add a zero behind the 9 percent?” you might want to consider Robert’s track record. Back in 2006, when some authors and economists were predicting that the Dow Jones would be at 25,000 or more, Robert had the courage to say it was going to drop by 50 percent over a period of two years. Just as he predicted, the Dow Jones dropped approximately 50 percent from its peak a couple years later. Keep in mind that back in 2006, housing was peaking, the stock market was peaking, people were feeling good, and no one was guessing that the euphoria would end.

I personally had the honor to meet Mr. Wiedemer at a conference, and I was surprised by the person I met. After reading both of his books, America’s Bubble Economy (the book that correctly predicted the 2008 collapse) and Aftershock (the book that outlines the coming demise of the market), I expected to meet a fast-talking, pessimistic doomsayer. On the contrary, Robert was a very analytical and calculated speaker. And surprisingly, he was a very optimistic guy. Unlike some of the naysayers out there, Robert wants nothing more than America to prosper. He wants the U.S. to have sustained economic growth thereby remaining a global powerhouse. The bad news is that his unrelenting and unbiased research only points in one direction … down.

In 2006, Wiedemer, his brother, and their team of economists and researchers predicted the market crash, the housing bubble, and the fall of the banks that were “banking” on Sub-prime and credit default swaps almost precisely. Their research, although controversial and mostly unnoticed before the 2008 crash, makes complete sense today. To read his book, America’s Bubble Economy is like reliving the entire housing, mortgage, and stock market bubble all over again. Except this time, you wonder how we could have all been so blind to what was going on. How could so many smart people make so many mistakes and let greed take over? How did regulators let it get that bad? How did no one else see this when it all seems so obvious now?

Fast forward to today. It would be extremely tough to completely ignore Wiedemer’s recent warnings. Last time, he was almost 100 percent correct in his predictions. Even if he is half right this time around, a 45 percent drop is devastating enough to cause a global depression.

So, what does Wiedemer believe is going to lead to a 90 percent drop in the stock market? He says it all can be traced back to the Federal Reserve and their unprecedented printing. Their reckless attempt to stimulate the economy by “printing massive amounts of money out of thin air” will have dire consequences.

“These funds haven’t made it into the markets and the economy yet,” says Wiedemer, “But, it is a mathematical certainty that once the dam breaks, and this money passes through the reserves and hits the markets, inflation will surge.”

“Once you hit 10 percent inflation,” Wiedemer added, “10-year Treasury bonds lose about half their value. And by 20 percent, any value is all but gone. Interest rates will increase dramatically at this point, and that will cause real estate values to collapse. And, the stock market will collapse as a consequence of these other problems.”

This is a tough argument to fight if interest rates actually do skyrocket. According to Wiedemer, companies will be spending more money on borrowing costs than business expansion. That means lower profit margins, lower dividends, and less hiring plus more layoffs.

To repeat, Wiedemer and his team of economists look at all of their findings with no bias. If anything, they would be biased to see some positive news. To go on TV in 2006 and tell viewers who had just witnessed the biggest boom in stocks, who had huge amounts of increases in home equity, all while the economy appeared to be in the best shape in American history, that it would all be wiped out is not an easy thing to do. In fact, it is usually followed by ridicule, hate letters, and even severed friendships. The easiest route to take, as an economist, is to go along with the herd, tell everyone that the market will continue to rise, and say that there are very few threats of a recession on the horizon. However, Wiedemer and his team risked it all to do the right thing and sound the alarm. Although people literally laughed at them just a year before the wheels began to come off, they stuck to their research findings and rang the alarm bell right up until Lehman Brothers collapsed. After that, it was too late for many.

Shortly after the financial collapse, Wiedemer’s team issued their second warning, Aftershock, which vividly describes what is happening in our economy now. To summarize their findings, they don’t see any way that all of this global money printing piled atop a fragile frame will result in anything other than catastrophe. The prediction is that we will experience a second “aftershock” that will make 2008 look mild. To say Wiedemer has risked sticking his neck out there one more time would be an understatement. As you can imagine, other economists, politicians, and many on Wall Street all try to discredit Wiedemer and his prophesy. However, Wiedemer and his team are even more confident about this prediction than they were about the 2008 collapse. Will this “aftershock” actually translate to stock market collapse? Will we all read this book a few years from now and say, “It was so obvious, how did we not all see this coming,” like we can with America’s Bubble Economy?

Even though the stock market is trending upwards and we have created millions of jobs, we should have been well on our way to double-digit growth and the lowest unemployment level in American history after injecting $4 trillion into the economy. Instead, millions are still unemployed, and many more have just given up looking. Student loan debt is at its all-time high, negatively affecting nearly 20 percent of all American households, and the majority of Americans are barely saving more than they were before. Furthermore, millions have little-to-no retirement savings in place. The issue is that we never fixed the issues! We are just building a giant house of cards on a fragile frame instead of rebuilding with a solid foundation.

Before we hit rock bottom, we created what was supposed to be a temporary fix called TARP (Troubled Asset Relief Program). We started bailing out companies, printing money, and created America’s addiction to the Fed. It is tough to argue that we didn’t need the first round of TARP, but the Federal easing has only added to our deficit and helped feed Wall Street’s addiction for easing.

The fact is that we have printed off $4 trillion at the expense of Americans in the last few years. After the Fed’s recent announcement to buy $40 billion of mortgage notes per month, that $4 trillion number is almost guaranteed to rise. At what point do we stop printing and “easing” to make Wall Street happy? Has America become so arrogant to think we can print forever without any consequences? Do we really believe that by tripling our nation’s entire money supply in just four years, we aren’t contributing to inflation when we actually do experience legitimate growth? Will the longest bond rally in U.S. history end in the bursting of a huge bubble? Or, will other countries wake up one day and realize that the dollar has become worthless after trillions of new greenbacks have been injected into the system? If just one large country like China, Japan, Russia, or India turns its back on the dollar, the rest will be playing “last one holding the rotten tomato loses,” and we could see the value of the dollar plummet in a very short period of time. I, for one, hope that everything I have read in Aftershock doesn’t come to fruition. But, we seem to be making the exact mistakes it predicts we will make. It is hard for me to read Wiedemer’s prediction without agreeing that much of it seems inevitable. And, as I mentioned, if Wiedemer is even 50 percent correct this time, we’re right back where we were at the bottom of the last financial collapse. Will you be protected?

Joe Simonds is the original founder of Annuity Think Tank, Annuity123, and Retirement Income Network. He plays an integral role at Retirement Income Network as Head Digital Consultant--pioneering and testing new ways for financial advisors to market and brand themselves online. Joe recently published a book on retirement income secrets called, “Savior Retirement”, which has opened up thousands of people’s eyes to the numerous benefits of annuities. Joe is originally a native of Florida. He moved to Atlanta to attend Georgia Tech, where he graduated with highest honors, earning a bachelor’s degree in Business Management. He also received a minor in both Finance and Economics. Joe is married to his lovely wife, Loren, and they currently reside outside of Atlanta, GA with their daughter Shauna Taylor. They enjoy traveling and any activity where a boat or water is involved. www.rinmarketing.com
Previous The DI Window of Opportunity
Next If You Want to Get Ahead in Business, Never Say …