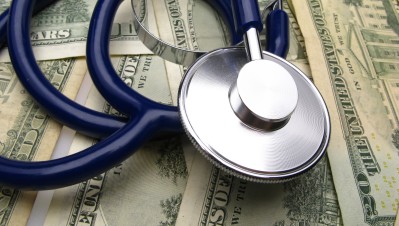 The announcement comes on the heels of a significant rate increase announcement from John Hancock, which warned that many existing policyholders will receive an average of 40% increase in premiums beginning in April, 2011. Hancock is also exiting the group LTC market. Meanwhile, Genworth announced an 18% increase on the oldest blocks of business last month, the second increase in 3 years for those policyholders.

“Sustained low interest rates are to the long-term care insurance industry what $4-a-gallon gas was to the SUV market,” says Jesse Slome, executive director of the American Association for Long-Term Care Insurance, a professional organization for agents who sell long-term care policies. “It’s a game changer for some — not all — and consumers need to understand that.”

A Bad Guess on Lapse Rates

The industry is also challenged with its own pricing models. Lapse rates were lower than underwriters predicted as customers held on to their policies longer than anticipated. The companies had based premiums on the assumption that lapse rates would be higher. Meanwhile, the continued low interest rate environment has only magnified the insurers’ problems.

Regardless of industry challenges, the need for long term care planning is increasing as over 150,000 Americans turn 65 each month. The availability of hybrid products is a solution for some. Life insurance policies that allow long term care access are easier for the insurer to price for the long term and some provide guaranteed costs for the life of the policy.

“Life insurance-based long-term care options are growing in popularity because consumers like (1) guaranteed premiums and (2) the idea that if I never use it for LTC expenses, my premium is not wasted,” said Bruce Moon, ChFC, CLU, Vice President, State Life Insurance Company.

Another answer is hybrid annuity products that take advantage of the new Pension Protection Act that went into effect in January of this year. While only a few carriers are currently in this market, these hybrids allow clients to exchange an existing annuity and have tax-free access to the gain for long term care needs. Some products also double or triple the annuity’s value for home health care as well as stays in a facility.

The changes provide opportunities for agents to improve the long term stability of their healthy clients’ long-term care plans. However, other policyholders, whose health has declined since they purchased a traditional long term care plan, will be left to determine if the premiums are still affordable. The hoped-for lapse rates of the insurers may well come to fruition in the wake of these double-digit rate increases.

Danielle Rolfes has over 20 years of experience in planning for health care needs in retirement. She is the founder and managing partner in Financial Answers for Care, an advisory and consultancy firm in St. Louis, Missouri. She can be reached at info@financialanswersforcare.com.
Next How to Grow Your Business in a Down Economy