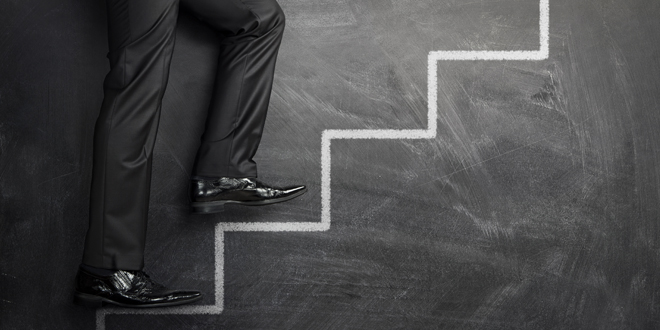 Making Self-Promotion Work For You

There’s nothing complicated about being successful in business. It’s simple and it goes like this: It’s all about making a name for yourself. That’s it, self-promotion. Getting known.

Whether it’s finding and impressing prospects, keeping current customers, or moving ahead in a career, volunteering has long been the platform for gaining visibility. For some, it’s serving on company committees and taking on extra assignments. For others, it’s about having a reputation as the “get it done” person.

Awards and commendations also help along with photos in local, business, alumni and online publications. For added visibility, pursuing elected local office and moving up from there raises the bar even higher, while Facebook, LinkedIn and other social media can expand the possibilities.

It boils down to getting as much consistent “exposure” as possible, and hoping there will be a worthwhile payoff. But, that takes lots of work. And there’s no guarantee that the payback, if any, will justify the investment of energy and time.

While this may seem like a bleak picture, fraught with too many hurdles and not enough assurances, there’s another way to look at it—a different perspective that acknowledges being known is an essential component in achieving success.

At the same time, trying to get there can be like driving at night without headlights. Because of this, many who attempt to become “well known” make a fatal mistake. They assume that getting as much visibility as possible is what will get them there. Unfortunately, others find such behavior off-putting and negative.

Yet, “being known” can have immense value by letting the spotlight shine on what you do, not who you are, and that means always asking one question: “How can I help?”

In other words, with the proper focus, marketing or selling yourself can lead to success without going on an endless ego trip that alienates others.

And here’s how to do it. Pushing aside the absurd “self-made man” myth and currently popular “bootstrapping,” the unavoidable fact is that we all need help in reaching our goals. Think about it. Whether it’s getting a latte on the way to work, choosing what to wear for a special event, deciding on a dream home, doing a better job managing money, having career mentors, or simply figuring out a home improvement project, we need help.

What we don’t want is hype. In fact, we reject it. The immense success of online peer recommendations makes it clear that we trust our friends, associates and neighbors far more than we do “sponsored” endorsements or the slick and senseless words of clever copywriters.

It goes even further. We reject anyone who tries to “sell” us, including those who try to “sell” themselves. We refuse to be told how to think, what to buy, or how to live.

And our customers want exactly what we want: They want helpers, even if they don’t come across them very often. Yet, they know them when they see them. They respond to those who are skilled at identifying problems and crafting workable solutions. And they’re more than willing to plunk down their dollars for what makes sense to them.

If there were ever “magic words” in business that express exactly what customers are waiting to hear, here they are: “How can I help?” These four simple words totally change the agenda by announcing that someone is willing to listen, learn and share, not just get.

When “How can I help?” becomes the mantra, something remarkable happens. It makes people comfortable so they are more open, rather than wary and doubtful. They’re also more willing to tell others about their experience.

Serving and helping are the way to get referrals and recommendations. People become your ambassadors and are eager to talk about how you have helped them, rather than what you sold them.

Helping is what attracts and keeps customers. And here are some suggestions for engaging customers in a helpful way:

1. Focus intently on what customers want. Note the little, seemingly insignificant, things that make them smile. These make the difference, so keep track of them.

2. In the same way, keep a record of dislikes, the bothersome things that can add up fast and create discontent.

3. Put yourself to the test by asking if a proposed solution will really help your customer or prospect reach their goal. If there’s doubt, reject it.

4. Express appreciation. Say thank you for the opportunity to help.

5. Keep customers and prospects top-of-mind by always being alert for helpful ideas to share with them.

6. Respond promptly to all messages, not just the ones you think are important. People want to know you received the message they sent. It’s a unique way to help.

Nothing contributes more to success than helping. It sends a clear message that you know what has value to your customers, and it’s ultimately the most productive form of self-promotion out there.

John Graham is the co-owner of GrahamComm, a marketing services and sales consulting firm specializing in the insurance field. The firm’s unique “Magnet Marketing” strategy is designed to attract and hold customers. His articles on marketing, sales and business trends can be found on his website, johnrgraham.com. His free monthly eBulletin, “No Nonsense Marketing and Sales,” is available at johnrgraham.com. Contact him at johnrg31@icloud.com.
Previous What’s a QLAC? Understanding Qualified Longevity Annuity Contracts
Next How to Produce Big Results