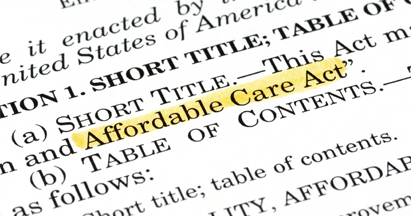 The Unraveling of the Affordable Care Act

Over the past few months, I have had the privilege of speaking about the Affordable Care Act (ACA) to groups of individuals and business owners. If I could describe the overwhelming response to ACA in one word, it would be total confusion.

At present, there’s a lot of talk about the failure of technology in the enrollment process. True, the website rollout was a disaster, but it’s fixable. My focus today is on more fundamental issues—those essential to the long-term success of the ACA.

Some folks don’t think we need healthcare reform in this country. However, if 48 million people are uninsured in America, something is clearly wrong. The top five countries in annual per capita spending on healthcare are:  USA ($8,400.00), Luxembourg ($6,700.00), Morocco ($5,900.00), Norway ($5,300.00), and Switzerland ($5,200.00).  The figures make the case for reform, but the cost creates a crisis in the uninsured community. We need healthcare reform. The real question is whether ACA is the answer or simply a chassis for reform.

This reform depends on two major components. To bring down the cost of insurance premiums, which has escalated due to rising medical expenses, ACA must do all it can to make the uninsured enroll in one of the ACA programs. The 26-34 age groups are the key demographic. A whopping 28 percent of this group is uninsured—partly because they can’t afford the premiums, and partly because they think they don’t need health insurance. They’re young enough to still feel invincible. But, ACA must target this group and get them enrolled if it is to succeed.

The Affordable Care Act has attempted to address the affordability issue in two ways—first by expanding Medicaid, and second by using tax credits.

ACA makes health insurance available to those making up to 133 percent of the Federal Poverty Level (FPL). To date, this has failed miserably. Meanwhile, Medicaid is a program administered by the states using some matching funds from the Federal Government. In the Supreme Court Ruling on ACA, the court ruled that the Federal Government could not mandate participation at the state level. About half of the States have elected not to participate in Medicaid expansion and the ACA exchanges. In either case, doing so would stress state budgets and probably increase taxes. On Monday, November 11, the State of Kentucky, which runs its own ACA exchange, said 40,572 residents had enrolled, including Medicaid and private insurance enrollees. Of these 40,572 enrollees, 33,561 enrolled in Medicaid and 7,011 in the ACA health plans. This lopsided enrollment suggests why half the States elected not to participate.

The second way ACA addresses affordability is to give tax credits to those making up to 400 percent of the Federal Poverty Level. This, in effect, lowers the cost of the premiums. ACA also puts caps on out-of-pocket expenses for this group. Keep in mind that you only get these credits if you enroll in the ACA exchange. In fact, you must enroll in at least the “silver plan,” which covers 70 percent of medical costs.

But, there are still those who think they are healthy enough to forgo medical insurance.

These penalties are not particularly punitive compared to the cost of health insurance. And, when these “invincibles” do get a chronic illness, then nothing stops them from enrolling in the exchanges. Remember, there are no pre-existing conditions.

A failure to get the healthy individuals into the exchanges will be ACA’s downfall, because it will lead insurance carriers to increase next year’s premiums next year to unprecedented levels.

There are 82 key components of ACA. To date, 41 have missed their implementation deadline. Now, we have another delay: The new guidelines have dictated to the insurance industry that they must only issue new plans that have no underwriting (i.e. no pre-existing conditions). Many people haven’t had their existing policies renewed, simply because those policies were not compliant with the new law. Just recently, the President extended the ability to maintain your existing plan for another year, since he had earlier promised that you would be able to do so. There was a tremendous backlash from all those who were notified that their plans were being canceled. The State of Delaware has only reported 126 people enrolled in the exchanges, while 12,000 people have received cancellation notices.

The cost associated with the issuance of new individual plans is extreme. What happens to an individual plan that’s issued with no underwriting? Costs go up significantly. This rate increase will eventually drive individuals into the ACA exchanges. One result of a study done by the Society of Actuaries back in March 2013 shows that; “Under the ACA, the individual non-group market will grow 115 percent from 11.9 million to 25.6 million lives; 80 percent of that enrollment will be in the exchanges.”

The second part of ACA tries to address the need to curb medical costs. Based on what we know so far, it appears the Act will force individuals and small businesses into the exchanges. It will probably be successful in its efforts, but it will still need some major revisions.

Most likely, an additional effort will be made to eliminate or restrict fees for service. Instead, we may see some version of the old HMO concept, where providers are compensated by a portion of the premiums paid. Any attempt to go to this model will require that two things happen first:

1) Full transparency in pricing. All providers must inform the patients of the cost for each procedure and open up competition among providers.

Insurance carriers will demand this, and they will direct their members to the most cost-effective providers. Hospitals will compete with other hospitals for all procedures. Doctors will be forced to do the same. This probably should have been done a long time ago. The AMA has blocked the transparency issue for many years.  Unnecessary procedures will no longer be ordered under an HMO type model. In all fairness to the medical profession, tort reform will be necessary. The cost of malpractice insurance has skyrocketed, and as a result, many doctors are refusing to buy malpractice insurance.

2) To succeed in an HMO type system, emphasis must be placed on wellness and not on crisis health management.

Medical providers have built their practices on treating symptoms. As a society, we have driven this practice. We very seldom go to the doctor for wellness checks and physicals unless mandated by a job requirement, life insurance standard, or participation in some athletic activity. Under the HMO model, physicians will be accountable for the patient’s wellbeing. The healthier their patients are, the more profitable their practice will be.

This system could cause some additional issues, such as doctors becoming more selective regarding patients they treat. In some cases, diagnostic tests or procedures may not be ordered when they are actually needed. Such a development would essentially reverse decades of medical practices.

Eventually, we may end up with some blend of the HMO with some type of price controls to drive down medical costs.

Many believe ACA was designed to ultimately force a single-payer system much like the Medicare and Medicaid systems we have today. The fact that Americans are being forced into the exchanges could add credence to that theory. ACA, as it now stands, will not survive without major reforms. We are currently witnessing its unraveling on many fronts.

We desperately need major healthcare reform. There are many issues in the Affordable Care Act that need to be addressed and fixed. Some may argue for a complete overhaul. It is tragic that both sides of the aisle in Washington cannot put aside their own political agenda to fix an issue that affects every single American citizen, and may very well be the most important long-term issue facing our country today.

Michael Chandler is President of Dogwood Capital Management. He attended East Carolina University and has been a Life and Health Agent since 1989. Michael is an Investment Advisor/Financial Planner and also a contributing blogger for Seeking Alpha. To contact Dogwood Capital Management, please call (910) 487-8755.
Previous 10 Signs You’re Not Cut Out To Be An Entrepreneur
Next Skyrocket Your Business with a Board of Mentors