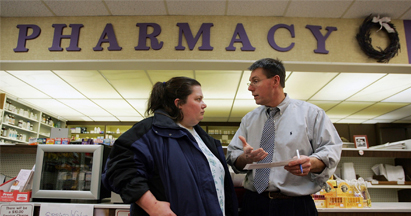 Sunday marks the start of the final week of Obamacare open enrollment, Year 2.

Nationwide, about 9.9 million people have signed up for health insurance through federal or state exchanges since open enrollment began Nov. 15, handily beating the federal goal of 9.1 million. Illinois claimed 296,293 of those enrollees through Jan. 30.

Going without coverage carries a penalty. Uninsured consumers will have to pay a fee of $325 or 2 percent of their income come tax season, whichever is greater.

If you sign up by Feb. 15, the last day of open enrollment, you’ll be covered starting March 1. Even though those consumers didn’t have health insurance for two months, they won’t have to pay the fee, according to Enroll America, a Washington-based nonprofit pushing to enroll people in health insurance across the country.

“In such a situation, if a person maintains their coverage for the rest of the year, they won’t be hit with a fine at all,” the group said. “They would be able to claim an exemption on their tax return (called the short coverage gap exemption) for those two months (January and February) that they did not have health coverage.”
Read More

Agent eNews is an online resource for professionals in the insurance and financial services industry designed to provide the tools, expertise and insight to help grow their business. Written by leaders in the insurance and financial services industry, as well as experts in business development, Agent eNews is a business building resource. Agent eNews reaches 500,000+ producers. To contribute to Agent eNews, contact Editor@AgenteNews.com.
Previous Anthem, Major Health Insurer, Suffers Hack Attack
Next How to Establish a Solid Plan When it Comes to Current and New Prospects