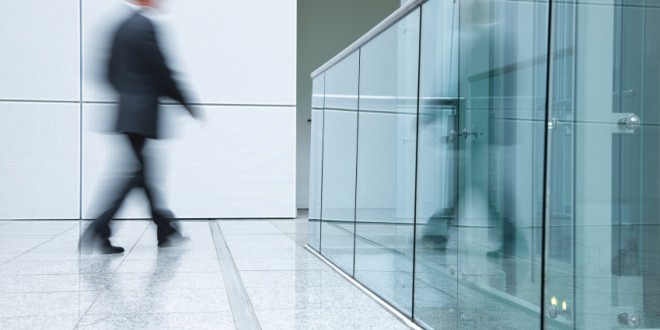 Andrew Goetz and has been a successful financial planner for over 7 years. He currently works with Ameriprise Financial and specializes in Retirement Income, Wealth Preservation, and Estate Planning Strategies. We spoke with Goetz to see what tips and tricks his experience of breaking into the business has provided him.

Q: Why did you initially decide to get into the insurance industry?

A: Well I was first in the retail business and owned clothing stores, but I used to have a financial advisor come and see me and I was just so impressed by his knowledge and professionalism. He would drive away in his nice car and enjoy such a great lifestyle, and all he needed was his brief case and his intellectual capital. I knew he made an incredible living, and he was helping people as he did it. I was attracted to the opportunity to help people and really create my own destiny. All I needed was the commitment to learn and my entrepreneurial spirit.

Q: How did you get into financial planning as a specialty?

A: I started out at a company where I noticed a lot of orphaned contracts and policies that were left by advisors who had either left the company or moved on to other things, and I realized that many of these policies had never been reviewed. Doing this gave me a tremendous amount of experience, since I was getting in front of so many people. Not to mention the timing. After I reviewed the bulk of these contracts I found that there were so many longevity issues. Many were supposed to be permanent policies, but it turns out they weren’t going to last a lifetime. Because of this, I specialized mainly in variable and universal life products.

Q: Did you struggle for a while before finding a business approach that really worked for you?

A: Absolutely. At the time I was working for a large company that claimed to provide training and mentoring. However, the learning didn’t work for me. It ended up being a figure-it-out-yourself type thing. What helped me was partnering up with someone I really respected and who had the experience. A lot of this stuff you can’t learn academically; you can study how to approach people all you want, but until you see how others do it and learn from that, it doesn’t work.

A: I would’ve found a mentor much earlier. I had a “mentor” who brought me into the business but he was little more than a guy who wanted to get paid to bring me in. If I could do it again, I would take a few months at first to seek out someone who was really successful in the business or had a successful practice and who I greatly respected as a professional. I could’ve avoided a lot of trial and error if I would’ve just learned the right way to do things in the first place.

Q: Was there a tipping point for you, where you figured out a good approach to become successful?

A: My business was very specialized. The moment I really saw a boost was when I figured out how to book more appointments. This mainly happened because I became more comfortable with getting in front of a lot of people. Once that happened, I was able to convince them that by meeting with me they’re going to learn something and it’s going to be beneficial for them and their future.

Q: What do you think is the most important piece of advice you can pass on to a new or struggling financial advisor?

A: In this business, I think the most important thing to learn first is how to book appointments. It’s not to become an expert in a particular field; in fact, that should be on the back burner. You should master the art of bringing people into your office, and how you do that is through partnering with an experienced, successful advisor. Speaking from the standpoint of someone who went through it, and maybe this is a sales pitch from experienced advisors to newer advisors, but 50% of something is better than 100% of nothing. It’s going to work in your favor to seek out that experienced person and then learn by watching and observing. Work with various people, pick up different skill sets, be open-minded about this business and find a mentor.

Agent Spotlight Shines On MDRT Top of the Table Producer