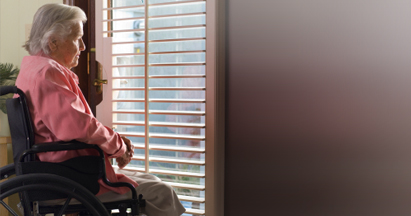 Between a Rock and a Hard Place

The Prudential Life Insurance Company of America, known in their commercials as the one with the Rock of Gibraltar symbol, has just announced it will discontinue the sale of long-term care insurance (LTC). Obviously, the product has proven to be a disappointment for many companies in the life insurance business, as Prudential is just the latest of many carriers to stop selling this exceptionally important coverage to people who think they may need financial help for nursing home or in-home care expenses as they get older.

If the Pru Be the “Rock”, Seniors Be “The Hard Place”

LTC, similar to other medical and disability coverages, is “guaranteed renewable” by state law. However, companies have the right to raise premiums if they can demonstrate to the State Departments of Insurance that they are losing money on the entire class of policies. LTC, as a class, has obviously been a disappointment over the several decades since its inception, as all of the carriers have a history of being granted many rate increases. This ability to raise premiums becomes an even greater problem for the insured population once a company decides to stop selling new policies. Let me explain:

Then they invented long-term care insurance! Unfortunately, the underwriters and actuaries made some big mistakes:

1) They used lapse experience that made them a fortune in life insurance, but it didn’t work with LTC. Policyholders valued and needed the coverage, not to die with but to live with, and they didn’t quit paying.

2) They figured by the time policyholders got old enough to need the coverage, they would be dead, but advances in medical science have proved them wrong.

3) The population lives longer with assisted living than they guessed, and once policyholders start receiving benefits, they no longer pay premiums.

So, the companies quit offering LTC, as Prudential has announced, and here comes the “hard place.” The remaining book of business must be kept in force by the carriers as they are guaranteed renewable; however, there aren’t enough new and healthy policy holders coming into the mix each year to offset the negative experience of aging policyholders beginning to collect benefits. Remember, the companies have the right to increase premiums as they lose more and more money. The dilemma is the policyholders’, not the companies’. How much and for how long can we continue to pay ever-increasing premiums? How much will policyholders cut back on the benefit to save costs? How long before the coverage becomes “not worth it”? They were wrong originally in predicting lapses, but they will be made whole as seniors can no longer afford to pay the premium.

Earl Adler (CLU) has been president of ADCO, Inc. in Fort Lee, New Jersey since 1971. He has a B.S. in Business Administration and Finance from Lehigh University and is a member of several industry-related organizations including the AALU, the NALU, the NYCALU, the AHIA, Life Member-MDRT, the Friars Club, and Alpine C.C. He lives in Fort Lee, NJ.
Previous Mastering the Art of Client Conversations
Next Tapping the Potential of Social Media to Grow Your Business