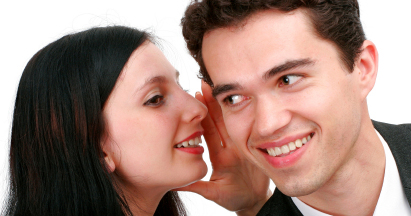 Within the insurance sales and insurance distribution channel, there isn’t a group that producers love to hate more than the sales lead industry. In many cases, it’s for a good reason. As an industry insider, I’ve seen the good, the bad and the ugly. While there are some high-quality insurance lead companies, there are others that sour the reputation of the entire industry.

We often hear horror stories about lead companies as producers come to us in search of alternatives.  Some are hard to stomach but easy to explain.

The first and most common complaint is about lead quality. Producers hate when they are sold low-quality leads, and rightfully so. Lead quality issues can often be explained by the use of affiliates. In the internet world, it’s very difficult to get enough traffic, and consequently enough leads, strictly through organic search traffic to one’s own site. So, lead companies will use “affiliates” to help drive traffic and lead generation activity.

Essentially, affiliates are operators of websites that are incentivized to send traffic to another site. Think of it as a referral bonus system of sorts. The lead generation company will make a deal with an affiliate site to pay a certain amount of money for each lead that is generated from traffic referred by that affiliate. So, an affiliate will put an ad up on their website that says something like “click here for auto insurance quotes.” When the user clicks on the ad, they are directed to an online lead capture form hosted by the lead company, or possibly the affiliate itself. That lead has inherent value to the lead company, so they are willing to pay the affiliate to send traffic and get results. Far too many affiliates get greedy and start to fill these forms with bogus, fictitious or downright fake information. Perhaps they take information from some other type of lead capture form on another one of their websites, a mortgage lead for example, and re-use it in the insurance lead capture form. Or, they might just pull information from the phone book. In any case, affiliates get greedy and often do nefarious things to run up the bill for the lead company thereby lining their own pockets. This is inevitable, and a lead company shouldn’t be thought of as bad just because they use affiliates. However, a lead company should be judged on the vigilance and diligence they employ in monitoring affiliates and their swiftness to act when a bad affiliate is discovered. Too many lead companies are content to quietly ignore the fact that they are getting fraudulent leads from affiliates and continue to pass them along to their customers. Having bad affiliates come up is a fact of life for lead companies, but allowing them to continue is inexcusable.

Some lead companies are so unethical that they don’t even wait for an affiliate to perpetrate the fraud and are willing to do it themselves. When multi-line agents start seeing duplicate lead names and contact information for different lines of insurance, it’s a clear signal that something is awry at the lead company. For example, some lead companies will take their auto leads and resell them as homeowner leads. Even though the consumer never requested a homeowner’s quote, the company will rationalize it in one way or another. When a lead company gets caught reselling, one of the most common excuses is to say that some captive insurance carriers require an auto policy be in place before a homeowner’s policy can be written, so these are just cross-referenced to help with the underwriting. At the end of the day, it’s just another way to recycle lead data for free in order to make a quick buck.

Most lead companies will say they have a maximum number of agents to which they will sell the same shared lead, e.g. a lead company may sell a single shared lead to a maximum of five agents. This is fine as long as the agent is aware of how many times a shared lead will be sold, and knowingly buys this type of lead. The problem comes when some lead companies begin to sell their leads a second time as aged data—as soon as five days after it was generated. In some cases, it may take a producer five days to make first contact with their lead. If the lead company is selling what was their real-time lead (which is now five days old) to a whole new set of agents or producers as aged data, it’s  very disingenuous to the first set of agents because competition is added—before they can even make first contact with the lead in many cases.

Lead quality has gotten to be so bad for some lead companies that they have begun telling their clients [agents] that they will only accept up to a certain percentage of the leads back for warranty consideration regardless of how many are actually bad. For example, some companies have put a policy in place that says they will only allow an agent to return 25 percent of the delivered leads. The fact that the lead company may have sold an agent a batch of leads that contains 50 percent, or even 60 percent, bad leads is irrelevant. These companies are trying to limit their losses due to bad leads by placing them on the backs of agents rather than preventing bad leads from being sold in the first place. It is analogous to a restaurant serving a patron several courses of rotten food, but only allowing the appetizer to be sent back.

While there are a number of egregious lead companies doing business with the insurance industry, not all of them are bad. There are still high-quality, reputable lead companies that can sincerely help a producer or insurance carrier drive sales and get results. The burden is on the agent to know what makes one lead company different from another and to select the vendors that are reputable business partners. Due diligence is key, and unfortunately, too many producers have learned this expensive lesson the hard way.

Kelly Ramirez is a leading online marketing and lead generation authority, with special expertise in the insurance and financial services vertical. As Director of Online Marketing at LeadWerx, her role is to oversee all online marketing activities for its proprietary websites and its industry leading insurance sales lead platform. Kelly’s responsibilities include strategic planning and tactical execution of SEO, SEM, affiliate marketing, email marketing and display ad initiatives. With over 11 years of experience, Kelly is a recognized expert in digital marketing and has authored numerous articles relating to the field.
Previous How to Handle Referral Objections
Next Website Tips