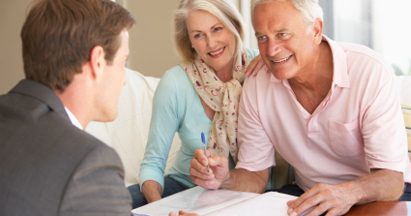 We’ve all heard the old adage that timing is everything. This is certainly true in the world of estate planning and wealth transfer, especially right now. In 2010, the Tax Relief, Unemployment Insurance Reauthorization, and Job Creation Act postponed higher taxes and lowered the estate tax exemption we expected in 2011–but only until 2013. The act included a higher exemption of $5 million per person ($10 million per couple) for estate, gift, and generation-skipping transfer (GST) taxes. At the time many individuals looked at this as a great opportunity to transfer wealth and thought they had plenty of time. However, the clock is ticking, and as of now, Congress has not passed any legislation to extend this opportunity beyond December 31, 2012.

I would like to introduce you to a fictional character named Robert Green–Bob for short. Bob is 60 years old, is in great health, and has about $5 million dollars he would like to leave to his grandchildren. He has three grandchildren, two girls and a boy. Bob’s children are adults and are doing very well. Consequently they do not need Bob’s money. Since Bob’s grandchildren are all under the age of five, he is aware that he may no longer be around when his grandchildren actually benefit from this money. In order to accomplish his goal, he needs to make sure that this money cannot be accessed by anyone other than his grandchildren. Needless to say, it appears a trust1 of some sort may be in Bob’s immediate future. A trust would make sense for Bob on several levels:

Now that Bob understands that it is a good idea to gift at least the $5 million he has set aside for his grandkids into a trust, the next challenge is to convince Bob to move on this before the end of 2012 when the Tax Relief, Unemployment Insurance Reauthorization, and Job Creation Act expires. Unfortunately, like so many people, Bob- is a chronic procrastinator. With this tremendous opportunity possibly ending soon, it will be critical to get Bob motivated. Let us assume Bob has now been properly motivated to gift $5 million into the trust. Once the money is in the trust, what is going to be the best course of action? Bob is an old school investor. He likes to avoid risk and has never been a big life insurance guy. In his opinion, a rate of 4% would be appropriate to use. However, Bob does understand that there will most likely be years with losses and others with varying gains and the actual returns will impact the possible scenarios proposed to him. Any scenario should take into account the fact that Bob could pass away long before his grandchildren will need the money. If life insurance is part of the plan, it is conceivable that the death benefit would have to be invested for quite some time.

With all this in mind, there are three options for Bob to consider.

Option one would be to do nothing other than designating $5 million in his will to his grandchildren upon his death. If we assume a 4% rate of return, at Bob’s life expectancy or age 84, the $5 million would have grown to $12,816,521. At first glance that seems to be a pretty respectable figure. But since Bob decided to do nothing, and due to the fact that he already had an estate tax issue, this $12 plus million has only compounded his estate tax problem. Since Bob wanted to leave this money to his grandchildren, not only will there be estate taxes, but Generation Skipping Transfer Taxes (GSTT) must be paid as well. Based upon the current laws in place, his grandchildren would net out $4,681,597 – a 71% reduction. This may not be the best option for Bob and his family.

The second option Bob could consider is to gift the $5 million to an ILIT. Since the current gift and GST exemption is $5 million, there would be no taxes associated with the gift. Once the money is in the trust, Bob would have accomplished a couple of things:

The first thing he has done is reduce his estate by the amount of the gift. This could ultimately save other assets from being decimated by estate taxes depending on the final value of his estate.

The second thing he has done is permanently remove any and all future appreciation on the transferred asset from his estate. Bob’s ILIT is now sitting on $5 million dollars. If we go back to Bob’s 4% rate of return on investments, his initial gift has grown to $12,816,521 at Bob’s life expectancy. Only this time, we are not concerned about estate or GSTT taxes impacting the inheritance.

This option looks more attractive than option number one.

The third option Bob may want to consider is quite similar to the previous option. By employing this option Bob will be able to accomplish everything he did in option number 2. However, there is one additional benefit afforded to Bob, an increased legacy to his family. Once the money is received by the trust, it will be used to purchase a life insurance policy on Bob’s life. The policy will be funded only once with a single payment of $5 million dollars. This will buy $19,123,539 of death benefit.2 If the policy was not purchased and the premium was simply invested, even earning 5% each year until Bob’s life expectancy, he would still only have $16,125,500. One additional benefit of having life insurance as an investment, or asset allocation, is that the death benefit is received income tax-free to the trust. If the funds were invested, there may be additional income tax liabilities to either the trust or Bob.

If all goes according to plan, Bob will be impressed with the impact that moving the money into a trust and then leveraging the funds with life insurance may have on the amount his grandchildren will receive. He will understand that the opportunity to take advantage of the current planning window is limited. Bob needs to meet with his attorney to start drafting the trust and will also have to begin the life insurance underwriting process.

1Trusts should be drafted by an attorney familiar with such matters in order to take into account income and estate tax laws (including the generation-skipping tax). Failure to do so could result in adverse treatment of trust proceeds.

2This example is based on illustrations run for male, 60, Preferred Non-Tobacco, with Lincoln Financial Group. This example is provided for illustrative purposes only. Individual results may vary.

Howard Jonas is the Director of Advanced Sales at Crump Life Insurance Services. Howard began his insurance career on the Sales Desk at Manulife Financial in Boston, eventually transitioning to Advanced Markets where he stayed after the Manulife/John Hancock merger. After spending several years in this role, Howard took a position in the Advanced Sales Department at Sun Life Financial. After a brief tenure with Sun, Howard moved to St. Petersburg, Florida and established the Advanced Sales Department for Western Reserve Life. While there he authored several articles on topics including Premium Financing, GRATs, planning for business owners, and Defective Trusts. Howard was also a life producer for several years. It is this experience that makes Howard quite valuable when point of sale assistance is needed. Howard holds his Series 6 and 63 license, a life accident and health license, as well as his CLU, ChFC, and CASL designations. He has received Bachelor’s Degrees from Northeastern University and the University of Massachusetts. He is currently pursuing an accounting degree from the University of Maryland.
Previous Form Your Own Personal Sales Force
Next Close 3 out of 5 in the Final Expense Market