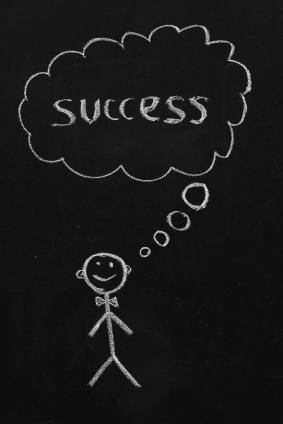 In 1957, Earl Nightingale, speaker, author and co-founder of the Nightingale-Conant Corporation, recorded his classic motivational record, The Strangest Secret. The Strangest Secret sold over one million copies and made history in the recording industry by being honored as the first Gold Record for the spoken word. Nightingale, known as the “dean of personal development,” concluded that life’s “strangest secret” is that we become what we think about all day long.

Your belief system, like your computer, doesn’t judge or even question what you input; it merely accepts your thoughts as the truth, the whole truth, and nothing but the truth. Think thoughts of defeat or failure and you’re bound to feel discouraged. Continuous thoughts of worry, anxiety and fear are unhealthy and often manifest in the body as stress, panic attacks and depression.

At the core of Earl’s message, he reveals the incredible power of positive self-talk, belief and expectation. What you vividly imagine and hold in your subconscious mind begins to out-picture as your reality. Your belief system not only defines your reality, but it also shapes your character and determines your potential.

The ability of the mind to cure a disease even when the medicine is known to be worthless is known as the “placebo effect.” This occurs in medical trials where doctors give patients sugar pills, but tell them they will cure their illness. Often it does, even though the pills contain nothing of medical benefit. The only thing of value in these medical trials is the patient’s own belief that the sugar pills will cure them. It’s the power of the patient’s belief and expectation alone that produces the improvement in his or her health. I recently read a remarkable story about a group of cancer patients who thought they were being treated with chemotherapy, but were actually given a placebo. Before their treatment began, the patients were informed about the complications associated with undergoing chemotherapy treatment, such as fatigue and loss of hair. Amazingly, based on nothing more than their belief and expectation, nearly one third of the patients who were given the placebo reported feeling fatigued and actually experienced hair loss!

The Power of Affirmation and Positive Self-Talk

If you had access to a powerful tool that would enhance your self-esteem and allow you to reach your full potential, would you use it?

A good way to create positive self-talk is through affirmations. An affirmation is a positive statement that represents your desired condition or outcome. Interestingly enough, your subconscious mind doesn’t know the difference between a real experience and a vividly imagined “mental” experience.

When he was a struggling young comedian, late at night Jim Carey would drive into the hills overlooking Hollywood and yell at the top of his lungs “I will earn ten million dollars a year by 1995.” When 1995 finally arrived, Jim was the star of the movie Ace Ventura: When Nature Calls, for which he was paid twenty million dollars! World-class athletes understand the value of affirmation and recognize the impact of their mental preparation on their physical performance. They use the power of positive affirmation to reduce anxiety and increase their expectation of achievement. To be of maximum benefit an affirmation must be simple, encouraging and stated in the present tense. By repeating an affirmation over and over again it becomes embedded in the subconscious mind.

To be effective your affirmation must be stated aloud…

1. In a positive manner with the focus on what you want. When you catch yourself saying or thinking something negative about yourself, counteract the negative self-talk with a positive affirmation. Start your affirmation with words like “I am…” or “I already have…” Example: “I close sales with little or no resistance.” “I take good care of my customers, and they show their appreciation by referring their friends to me.”

2. In the present tense. Your subconscious mind works in the present tense, so avoid words such as can, will, should or could. Example: “I love doing my work and I am richly rewarded creatively and financially.”

3. With strong emotion and conviction.

4. Repeatedly. I suggest you read your affirmations each morning upon awakening and again each night just before falling asleep. Close your eyes and picture the end result. Feel the emotions associated with the affirmation.

Here are some of my favorite affirmations:

“Every day in every way I’m getting better and better!”

“Everything comes to me easily and effortlessly!”

“I love and appreciate myself just as I am!”

“I love doing my work and I am richly rewarded creatively and financially!”

“I now have enough time, energy, wisdom and money to accomplish all my desires!”

“Infinite riches are now freely flowing into my life!”

“I am relaxed and centered!”

“I feel happy and blissful!”

Do affirmations really work and can they be used to propel a person to achieve greatness? As a young boy growing up in Louisville, Kentucky, 12-year-old Cassius Marcellus Clay dreamed of someday becoming the heavyweight boxing champion of the world. When working out in the gym, Clay would continuously affirm to all within earshot that he was indeed the greatest boxer of all time! While many felt he was brash and boastful, few people actually took this 89-pound youngster seriously. Mohammad Ali used his affirmation to become the undisputed heavyweight boxing champion of the world and arguably one of the most popular and recognized sports figures of all times!

You show me a salesperson with high self-esteem, a positive attitude and a healthy work ethic, and I’ll be able to predict his or her success in advance. I guarantee it.

John Boe presents a wide variety of motivational and sales-oriented keynotes and seminar programs for sales meetings and conventions. John is a nationally-recognized sales trainer and business motivational speaker with an impeccable track record in the meeting industry. To have John speak at your next event, visit www.johnboe.com or call (937)299-9001. Free newsletter available on website.
Previous 5 Unique Ways to Engage Prospects with Video
Next Create a Smart End-of-Life Plan for Your Clients