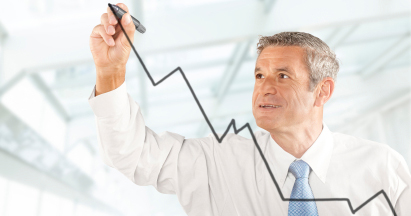 From luxury automobiles to high-tech electronics, the phrase “made in Japan” is synonymous with quality and reliability. The Japanese have a well-deserved reputation for their relentless pursuit of excellence, but it wasn’t always that way.

At the end of World War II, many Japanese cities lay in ruin, the country’s manufacturing base destroyed and its economy devastated. General Douglas MacArthur assembled a team of American business consultants to spearhead the rebuilding of the Japanese economic recovery. Dr. W. Edwards Deming, a statistician who worked at the U.S. Census Bureau, was selected as a member of that distinguished team.

It was Dr. Deming who introduced the Japanese business leaders to the concept of Total Quality Management (TQM). Japan used the philosophy of TQM and the concept of continuous improvement to set and achieve ambitious national goals. Quality management best practices developed quickly in Japanese plants and became a major driving factor behind the Japanese management philosophy. By 1960, the culture of quality control management had become a national preoccupation.

In the early 1970s, Ford Motor Company bought an interest in the Japanese automobile company Mazda. Shortly after the partnership started, Ford discovered that the Japanese manufactured transmissions were seven times more reliable and smoother-running than the American-made version. The management team at Ford disassembled the Japanese transmission and to their surprise, discovered that the parts were meticulously machined to a tolerance way beyond industry specifications. The blueprints allowed a tolerance of plus or minus a few millimeters, and while the American-made gears varied within the allowable tolerance, all of the Japanese-made gears were right on the desired value with a negligible amount of variation. The American transmission was built with a standard of “good enough” because it met the acceptable levels for tolerance.

Do you have written business and personal goals? Are you practicing continuous improvement in your business, or is the status quo good enough? Could your sales and marketing materials use an update? Are you actively involved in personal and professional self-development to improve your skills? Don’t settle for good enough.

“Quality is never an accident; it is always the result of high intention, sincere effort, intelligent direction and skillful execution.”
– William A. Foster

John Boe presents a wide variety of motivational and sales-oriented keynotes and seminar programs for sales meetings and conventions. John is a nationally-recognized sales trainer and business motivational speaker with an impeccable track record in the meeting industry. To have John speak at your next event, visit www.johnboe.com or call (937)299-9001. Free newsletter available on website.
Previous Four Benefits of Embracing Change
Next Just Set the Appointment