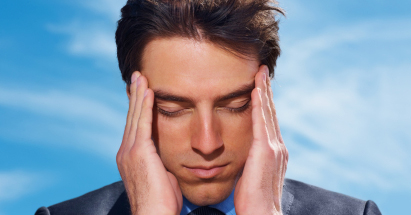 Are Limiting Beliefs Stopping You from Achieving Your Goals?

Inherently speaking, there is nothing that you are not capable of accomplishing.  The truth is, there is no such thing as can’t – you only think you can’t.  Success is not a special privilege handed out to a select few; success comes to applying success-oriented beliefs.  Transform limiting beliefs into success beliefs and you can achieve anything.

During one of my coaching sessions with a Financial Advisor, I asked him about his success with obtaining referrals.  He told me that he typically will receive two referrals per client. When I asked him why he thought he didn’t receive more, he replied, I just can’t imagine obtaining more than two referrals per client because that is what I typically receive. Then I asked him if he expected and believed he would receive more than two referrals (something like 5, 8, 12 or 25), did he think he might actually receive more referrals?  He hesitated for a minute and, in an “aha” moment, said yes.  He realized at that moment his limiting belief was holding him back from something more. As soon as he changed his limiting belief, he began experiencing a higher number of referrals from his clients.  How are limiting beliefs affecting your success?

Everything begins and ends with you.

Blaming others for anything, including your reality, is nothing but a limiting belief.  It never matters what other people say or do, it only matters what you say or do.  Taking responsibility for everything in your life isn’t accepting personal blame; it’s understanding that you are the creator of your life and you have the power to make successful choices.  The power of choice takes you from being a passive acceptor to an active creator.

Self-defeating talk is disempowering—give it up.  It literally takes away all of your creation power.  The truth is, there is no such thing as can’t.  There is no can’t about it: you can if you choose.  Get back in the driver’s seat and speak empowering words like, I am, I will, and I have.  Granted, you have to actually do the work required to achieve your goals because saying I am will not magically transform you into someone else.

Commit to your goals.

If you want it, but aren’t willing to do the work in order to get there, there’s not much point.  You have to really want it to commit to it.  Choosing to do something because someone else wants you to do it only makes it easier to quit.  Achieving your goals isn’t always hard, but it does take focus, commitment, and hard work.  Commitment is much easier to deliver when you have the desire for the end result.

You have got to believe in yourself.

From now on, you believe you can do anything because you realize that success just comes down to applying the right belief system.  Those who believe in themselves create the impossible every day all over the world.  They dissolve disbelief in others by defying the odds and accomplishing what was said to be “the impossible.”  How did they do it?  Because they believed they could do it, and committed to doing what needed to be done to get there.  If they can do it, so can you.

Ignore the negative talk around you.

Many times you don’t even realize people are holding you back. They may not even realize they’re doing it, but it’s natural for those close to you to want you to remain at their level.  If you want something more than you currently have, realize that means having to loosen the ties with those who are holding you back; you are entitled to excel to your next level.  You don’t have to necessarily leave them completely behind, but realize you are not obligated to remain in a limited level in life.  You have the freedom to reach the next level, even if your current peers, friends, and family choose to not rise with you.

State it in the positive.

Remember, your belief system shapes your reality, so say what you want and state it in the positive.  For example, “I want a career that unleashes my potential” instead of “I don’t want another mindless job.”  Here’s another, “I want to own my own successful business” instead of “I don’t want to be stuck in this career forever.”  Think about what you want, not what you don’t want.  Do you think Bill Gates spent all his time thinking about being a college dropout?  No, he was to busy being focused on building his multibillion-dollar business.

If you want success, financial professionals above all others need to know how to handle money well.  Do you have a written, comprehensive financial plan?  If not, you need one. Having a plan will provide clarity for you to know exactly how many clients you need who pay you an annual predictable amount so you can live your current lifestyle, pay your taxes, and fund your future. Having a plan will help guide you on your journey in a lot of ways. Success comes to those who make financial decisions that support their long-term goals and success.

There is creation power in your belief system ,so use success-oriented beliefs to create a success-driven life.

Whether you think you can or can’t—either way, you are right.

Anne M. Bachrach is known as The Accountability Coach™. She has 23 years of experience training and coaching. The objective is to work less, make more money, and have a more balanced life. Anne is the author of the books Excuses Don’t Count; Results Rule! and Live Life with No Regrets; How the Choices We Make Impact Our Lives. Go to http://www.accountabilitycoach.com/Achieve.Your.Goals.Free.Gifts.Now/ and get 3 FREE gifts including a special report on 10 Power Tips for Getting Focused, Organized, and Achieving Your Goals Now. Join the FREE Silver Inner Circle Membership today and receive 10% off on all products and services, in addition to having access to assessments and resources to help you achieve your goals so you can experience a more balanced and successful life (http://www.accountabilitycoach.com/coaching-store/inner-circle-store/).
Previous How to Warm Up a Cold Prospect
Next 8 Ideas for Getting Things Done…The Right Way