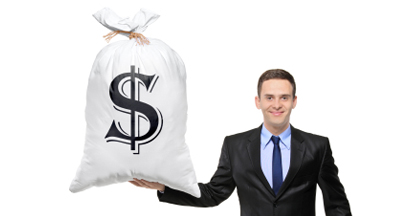 Protecting the Purchasing Power of the Dollar

Most agents who offer index annuities to their clients understand the many benefits of the index annuity: annual reset, protection of principal, ability to participate in a variety of markets and tax deferral. However, one important aspect that is often overlooked is how these products can help protect our clients’ purchasing power of their dollars. Many people in retirement, or near retirement, want to ensure they can continue their lifestyle, and many do not understand the effect that inflation can have on their dollars. Inflation is a silent killer of purchasing power, and many simply ignore this factor. Using the Labor and Statistics website, anyone can view the official inflation numbers. There have only been a few times when inflation was below zero, and it is often in the 2% to 3% range. For example, if inflation was at 3% in a year, a person would have to earn 3% on their funds just to be able to purchase the same amount of goods as the person did a year ago. To make matters worse, if the person happens to be invested in vehicles that can lose value, it magnifies the situation immensely. Below, we will examine how inflation can destroy a person’s purchasing power, and how market losses are magnified by inflation. When beginning a conversation with a client about how much income they need in retirement, many agents forget to factor in inflation.  Inflation, like losses and gains in investments, has a compounding effect, but almost always to the down side (since deflation rarely happens, even during a recession). Thus, purchasing an index annuity can provide an added layer to combat inflation for your clients and protect their purchasing power.

To fully understand how powerful inflation can erode purchasing power, I analyzed many years of S&P 500 data. I started with March of 2000 and baselined the S&P 500 to 1000 (actual value was 1498, but since we are looking at the percent changes, using a baseline at 1000 makes the analysis easier to understand). In the analysis, I also assumed purchasing an index annuity with a modest cap of 5% (annual point-to-point) at the same time in March of 2000. Fast forward five years to March of 2005, and the baseline S&P 500 was at 851; however, factoring in inflation (from the Department of Labor and Statistics website), the “purchasing power” S&P 500 was at 751. This means that if the client was 100% invested in an S&P 500 fund, they lost approximately 25% of their purchasing power. If the person looked at their annual statement from their broker, they would only observe a 15% loss (1000 down to 851); however, because inflation has a compounding effect, the purchasing power was further depleted.

Fast forward once again to March of 2011. The baseline S&P 500 was at 1082, but the “purchasing power” value was only at 823. This means that over the eleven-year period, the client lost approximately 18% of their purchasing power. Another way to think about this situation is that the client can now only purchase 82% of what they could have purchased in March of 2000. If the person was in retirement, and on fixed income, this situation would directly affect how the person lived. However, take a look at the index annuity, which provided a much better situation for the client. The baseline value of the index annuity was 1337, and the purchasing power was 1016. Thus, the index annuity kept up with inflation over the eleven-year period. Obviously there were no real gains with the index annuity, but a person could still purchase the same amount of goods in 2011 as they could in 2000, unlike purchasing an S&P 500 fund.

As described in this article, inflation can be a very damaging enemy for a client’s retirement funds. It is very important that agents discuss inflation with their clients and explain to them how detrimental it can be on how they live during retirement, using examples similar to those provided above. By changing the conversation from gains or losses to purchasing power, clients can gain a better appreciation of the power and protection of the index annuity. The index annuity is one of the few instruments that can help hedge against inflation and reduce volatility to the client. In addition, by talking about purchasing power with your clients, they can understand why purchasing an index annuity can be very beneficial to the health of their standard of living in retirement.

As Chairman and CEO of Imeriti Financial Network (IFN), Jacob Stern oversees the company’s sales, operations and overall corporate strategy. With over seventeen years of experience in similar industries, Jacob possesses a strong background of business planning, project development, client management and team leadership. His skills and knowledge, partnered with IFN’s premier product offering, superior customer service and extensive support allow them to continue their ongoing commitment to ensure the continued success of their clientele. Jacob may be contacted at jstern@imeriti.com.
Previous Internet Leads: A Better Way to Sales Success
Next How to Build Trust and Rapport Quickly

I am a student of history.  Reading about lost civilizations and their culture is fascinating.  …