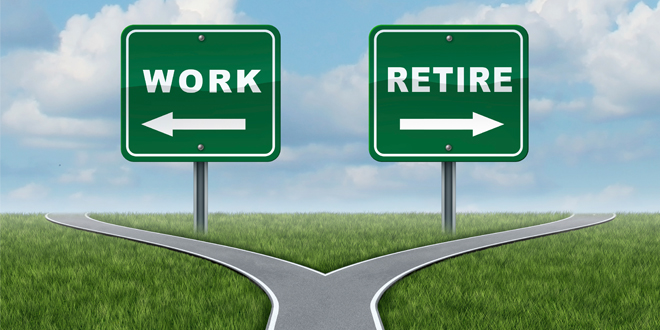 The Blessing and Curse of Longevity: Today’s Uncomfortable Boomer Reality

As financial professionals, if we’ve heard it once, we’ve heard it a thousand times: Boomers are turning 65 at the rate of 10,000 a day and will continue to do so through 2030.  But as I talk with independent producers across the country, the reality of this opportunity really hasn’t sunk in.  And for those who it has, they are still struggling with how to best “get their heads” around this topic and prosper.  78,000,000 baby boomers are about to enter a new chapter in their lives, and with that, they are awakening to the harsh reality that they are unprepared for what could be the next third of their life.

Ponce de Leon searched in vain for the fountain of youth, but for today’s boomers (of which I’m a part), it’s almost like we’ve tapped into the proverbial fountain of youth thanks to advances in medical care.  We survive what used to kill us. Medical advances are allowing boomers to survive heart attacks, strokes and cancer (of which I’m a survivor) in record numbers.   We may be approaching 65 scared and tattered, but we are approaching 65 alive. And the prospect of living 20 to25 years or more in retirement is our new reality and potential nightmare.

Study after study confirms the fact that today’s retirees have two significant fears as they approach and enter retirement: healthcare and income.  A 2013 Ave Wave study revealed the most sought outcome of those nearing retirement was “financial peace of mind.” The problem for many boomers today is threefold:  (1) the need for guaranteed sources of income in retirement; (2) the need for liquidity to avoid pre-maturely spending guaranteed income sources to pay for life’s uncertainties and eventualities in retirement (including, but not limited to healthcare), and (3) the need to mitigate the negative impact of inflation on income over a 20 to25-year life expectancy, or longer.

The reality for these boomers (and the GenXers to follow) is the fact they may well live a third of their lifetime in retirement, and will need sustainable income for that entire period.  The importance of guarantees is of increasing value to these pre-retirees and those recently retired, along with the realization that Social Security won’t be enough in most cases.  A growing number of retirees are gravitating to fixed indexed annuities with income riders for three primary reasons.

First, FIAs provide them with the ability to remove assets from direct market exposure and protect the gains they’ve experienced over the past 30 to 40 years of their working career.  Secondly, these assets can now enjoy market-linked returns without the worry of exposure to future market declines, providing them with a hedge against inflation.  Third, FIAs are one of a handful of financial instruments that can provide a guaranteed source of income in retirement, regardless of how long that lasts.

Only 15 percent of today’s retirees have a pension, and many of these are underfunded.  Aside from Social Security and pensions, annuities are one of the very few remaining options that can provide the contractual lifetime income guarantees.  Given the fact that having guaranteed sources of income in retirement is among the top two concerns of today’s boomers, FIAs continue to grow in popularity as a viable solution to address income planning.

“Living benefit” insurance solutions (life insurance and annuities) also help to address the growing concern over healthcare concerns in retirement.  This boomer generation is not the same generation that entered retirement before. These children of “The Greatest Generation” have made certain lifestyle choices making them one of the sickest generations to enter retirement in quite some time. The U.S. Department of Health says there is a 70 percent chance that a 65-year-old entering retirement today will require long term care assistance prior to death.   Living benefit life and annuity solutions are allowing this boomer generation alternatives to mitigate the costs associated with long term care when they may not be able to qualify for traditional long term care coverage (which is getting increasingly expensive).

Fidelity Investments calculates the anticipated cost of healthcare in retirement, and in 2014, this number stands at $200,000 for a couple, age 65, over their life expectancy.  Without proper pro-active planning, this is an 800 pound gorilla that could come out of the closet and do serious damage to a retiree’s financial situation at any point.  Yet, many of today’s advisors ignore this unique dimension of retirement income planning.

One thing we are learning about this generation of retirees, and those to follow, is they are not interested in hype or high pressure.  They are among the fastest growing segment of Internet users, and are seeking to educate themselves before they purchase.  Several recent studies, including one by the Insured Retirement Institute, advocate that those boomers and GenXers who are working with a knowledgeable advisor are better prepared and more confident about retirement than those who don’t.

Women are a particularly overlooked segment of this mature market demographic, yet many of them will inherit twice–once when their aging parents die, and again when their spouse dies.  But for many of them, their experience of managing money and preparing for retirement has been limited to the complimentary cookies and coffee they offer the advisor who’s been working with their husband.  That is now changing.

Boomers are planning to work longer for several reasons.  Many enjoy what they’ve been doing for the past 30 to40 years and aren’t ready to retire to the rocking chair on the front porch and watch the world go by.  Others cite the implementation of the Affordable Healthcare Act and the growing cost of healthcare as forcing them to delay retirement.   For the rest, they’ve come to the stark realization they haven’t saved enough money and need to work (and save) a few more years.

According to a March, 2014 EBRI study, only 18 percent of American workers are confident that they will have enough money for a comfortable retirement. That means 82 percent of American workers aren’t.  The boomer generation and GenX generation to follow control more than $87 trillion in wealth, which must last as long as they do in retirement.  Without proper planning, much of this wealth could be lost to both the current and future generations.

To conclude, boomers are facing an uncomfortable retirement reality and are looking for answers. The choices they make today will determine the consequences of their tomorrow.   Today’s retirees will either thrive, or simply survive, retirement.  Advisors who embrace this opportunity will not lack for qualified prospects, or referrals, for at least the next 26 years.

A 2008 inductee into the United States Martial Arts Hall of Fame, John is a Sales Coach with Vision Advisors, an insurance FMO, and president of High Street Asset Management, a registered investment advisory firm. He is also a Master Coach with Real Life Management. John has been helping independent producers get in front of qualified prospects for more than two decades. Author and in-demand public speaker, he has entertained and educated industry professionals, as well as their clients, through his passionate, energetic delivery of timely financial topics. John is the founder of Peace of Mind University and one of the developers of Income Planning University ONLINE--two sales programs focused on helping producers connect with and educate pre-retirees. John can be reached at Vision Advisors at 800-505-8489.
Previous Top Producer Crossword
Next Searching for a New Career Opportunity?