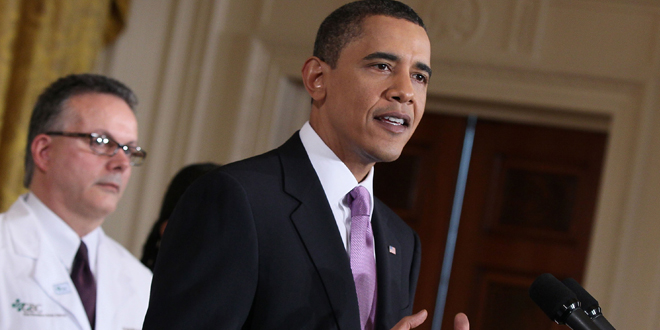 Well, it’s been a year since the Affordable Care Act, a.k.a. Obamacare, was officially launched.  It’s been a trying year at best—but not all bad.  In fact, there are a few bright spots.

A little over a year ago, I wrote an article entitled “The Unraveling of the Affordable Care Act.”  Unfortunately, the unraveling of this historic legislation is continuing, virtually unchecked.

To begin with, the federal website, www.healthcare.gov, suffered “technical glitches”—an umbrella term useful for covering a multitude of administrative sins from slipshod supervision to sheer incompetence.  These “technical glitches” turned the initial enrollment process into a nightmare. This year, however, we have seen a tremendous improvement in the government website thanks largely to the private insurance industry setting up direct portals to the government exchanges.  This intervention by the private sector not only makes it easier for citizens to enroll, but also seems to have created a more transparent enrollment process.

Additionally, enrollment numbers (or accurate reporting of those numbers) has certainly been a moving target for federal bureaucrats.  In May of last year, the Administration announced there were over 8 million new enrollees, only to come back in September and “restate” that number as 6.7 million.  To account for the discrepancy, the government clarified that, although many citizens signed up, not all of them actually paid the required premiums.  A major health insurance carrier reported that 30% of all its enrollees had not paid the premiums.  This was just one carrier, but anecdotal evidence suggests it may be a pretty good proxy for the industry as a whole.  That said, this problem is reportedly being addressed by requiring the first premium to be paid upon enrollment.  I am not aware of any authoritative reports on the success of this effort, but it certainly makes sense.

The Administration has had to make other adjustments too.  For one, they double counted those who had purchased both medical and dental plans through healthcare.gov.  This over count involved about 400,000 people.

There are other adjustments to be made before the enrollment numbers are reliable.  Through an extensive reporting project, the Associated Press found at least 4.7 million Americans received notices about canceled policies.  Speaker John Boehner claims that number is actually closer to 6 million.  Reportedly, most of these individuals have either purchased individual policies on the exchange or individually.  At least some of those people losing their policies are included in the enrollment numbers above, creating yet another adjustment that must be made by HHS.  Roughly half of these policies were restored when Obama administratively allowed canceled plans to continue for another year and, subsequently, through 2016.  As you can see, the waters are still muddied when it comes to accurate reporting.  Since 48 million Americans were uninsured before ACA was enacted, it doesn’t appear that the net gains are very large.

As of December 19, 2014, around 6.4 million people have enrolled between the state and federal marketplaces according to the HHS.  70% or 4.5 million were renewals.  About 30% or 1.9 million were new customers.  We are a little over halfway through our enrollment period.

Affordability is not much clearer.  Two of the biggest proponents of Obamacare, Senators Chuck Schumer and Tom Harkin, have recently come out stating that “the law does not help the middle class” and that “it is too complicated and doesn’t make healthcare more affordable.”  According to a report by PwC’s Health Research Institute, the average cost of premiums sold on the Obamacare exchanges is about $5,844 annually (or 4% less than the average cost of $6,119 for an employer-provided plan with comparable benefits).

There are other specific demographics who have become “health-insurance poor.”  As an example, annual premiums are almost $18,000 with a $5,000 deductible for a married couple, age 62.  So, if you are a married couple of that age and have $75,000 in joint income, your healthcare expenditures for premiums and deductibles would exceed 30% of your pretax income.  How many people can afford this?  This is crazy!

A major part of ACA legislation is an expansion of Medicaid.  Enrollees who earn up to 138% of the federal poverty level would be eligible for Medicaid.  Because Medicaid is co-funded by both the federal government and individual states, the Supreme Court ruled the federal government could not mandate each state pay its portion of the cost increase.  It is therefore optional for each individual state to approve the Medicaid expansion.  At present, 23 states have not approved such an expansion, and as a direct result, a substantial number of low-income families have no coverage whatsoever.

Administratively, once you have been denied Medicaid, you can appeal to HHS and be exempt from the insurance mandate, allowing you to purchase a policy on the exchange.  But this “remedy” actually seems to leave a gaping hole in the Medicaid component of ACA.  Only time will tell how—or if—this issue will be resolved.

Clearly, there are many challenges still facing the Affordable Care Act, including a few Supreme Court rulings during the first half of 2015.  It will be interesting to see how these challenges play out.

On the other hand, it appears that ACA has successfully made healthcare affordable for lower income families by way of tax credits.  That is the biggest accomplishment of this legislation thus far.  It has also succeeded in expanding the health insurance industry.  That may not have been part of the plan though.  Next year, we will see that expansion increase by the implementation of small business plans called SHOP exchanges, similar to those for individuals.  Tax credits will be given to some small businesses under fairly stringent rules.  This will be a very important component of the Affordable Care Act going forward.

In summary, it appears we are off to a better start in 2015 but still have an awful lot of work to do.  We do need change when it comes to health care in this country. I believe most people agree on this issue.  Is ACA the change we wanted?  Probably not, at least not in its current form.  I doubt it will stand as currently written.  Many adjustments need to be made if it is to be successful.  Keep in mind that Medicare has been a work in progress since the day it was enacted.  ACA will be no different.

Personally, I’m tired of political bickering.  It’s time for Congress and the President to put aside their ideological differences and fix healthcare once and for all.

Michael Chandler is President of Dogwood Capital Management. He attended East Carolina University and has been a Life and Health Agent since 1989. Michael is an Investment Advisor/Financial Planner and also a contributing blogger for Seeking Alpha. To contact Dogwood Capital Management, please call (910) 487-8755.
Previous A Watchman on the Wall
Next Google Wants to Sell You Auto Insurance