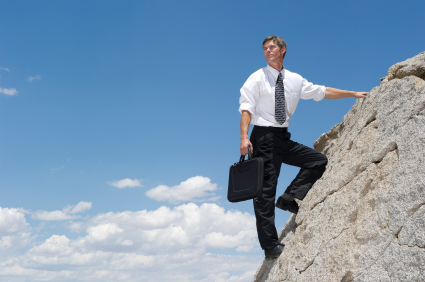 During the early years of World War II, German submarines, operating in wolf packs, stalked the frigid waters of the North Atlantic with near impunity, sinking an alarming number of British military and merchant ships. Hitler was confident that his U-boats could blockade England and eventually starve the British people into submission.

The Wisdom of Old Sailors

In the summer of 1940, while the Battle of Britain was being savagely waged in the skies over England’s cities, the Germans also sank over 300 British military and merchant ships. Prime Minister Winston Churchill, fearing the negative impact these devastating losses might have on the nation’s morale, ordered the information withheld from the public. In an effort to reduce the appalling number of casualties lost at sea, Churchill instructed the British Royal Navy to begin a study to determine what, if anything, could be done to save more lives during sea rescue.

While interviewing the survivors an interesting discovery was made. To their complete astonishment, the researchers noted that the survival rate for the younger, presumably more physically fit sailors was remarkably lower when compared to their older shipmates. The study concluded that the older sailors had a significantly higher survival rate. Why? They had overcome more adversity, and therefore, had developed greater confidence in being rescued than the younger, less experienced sailors.

The Leadership of Winston Churchill

Let’s take another lesson from the same time and place: In the fall of 1940, with tons of English shipping at the bottom of the Atlantic, thousands of sailors lost, and the seemingly unstoppable Wehrmacht having overrun all of Europe and routed the large French Army just months earlier, Winston Churchill may well have been tempted to give up, to step down and let someone else do the impossible. After all, Britain was nearly alone in the world. The U.S. had not entered the war, and thousands were perishing in German air raids that were flattening entire towns.

Churchill didn’t give up: He stuck it out – and made the following vow to his people:

In the end, Churchill, the British people, and the free world prevailed. But only through unflagging courage in the darkest of times.

Not All Are Equal

Consider an analogy: If you place a carrot, an egg and a coffee bean into a pot of boiling water, each reacts in a completely different manner to the conditions. The carrot goes into the boiling water firm and comes out soft; the egg goes in fragile and comes out hardened; and the coffee bean turns the hot water into coffee by releasing its flavor and aroma!

I find it interesting that people faced with similar adversity often experience remarkably different outcomes. Some people become weak, some become hardened, and some become strong.

Selling in challenging times demands determination and personal fortitude. Having the will to persevere when times are tough is a characteristic commonly found among self-made millionaires. Are you a quitter? The last time you failed, did you stop trying because you failed, or did you fail because you stopped trying?

How can you stay self-motivated and productive in the midst of turbulent times and a sluggish economy? How do you persevere as a salesperson when times are tough and customers seem to be holding on to every penny in fear of economic uncertainty?

Every challenge, setback and personal difficulty you encounter in life also brings with it the seed of equivalent or greater benefit! The key to overcoming adversity is to avoid the temptation to panic. Instead, focus on finding the greater benefit. Adversity will never leave you where it found you; it will either strengthen your character or weaken your resolve.

John Boe presents a wide variety of motivational and sales-oriented keynotes and seminar programs for sales meetings and conventions. John is a nationally-recognized sales trainer and business motivational speaker with an impeccable track record in the meeting industry. To have John speak at your next event, visit www.johnboe.com or call (937)299-9001. Free newsletter available on website.
Previous 4 Steps to Increase the Power of Your Focus
Next Engage Your Prospect’s Learning Style