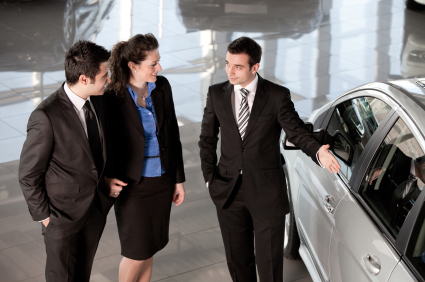 Moving Beyond “Show and Tell”

One of the most critical yet overlooked principles in the selling process is the power of self-discovery through customer involvement. Regrettably, many salespeople use a “show and tell” presentation style and babble on and on, hoping they might say something that will generate a sale. When you show and tell your prospect about your product or service, they have a tendency to doubt the information and mentally disengage from your presentation. On the other hand, when they participate in the selling process, and you guide them to discover a feature or benefit on their own, they will be inclined to believe it!

Car salesmen truly understand the value of self-discovery and prospect participation. They’ll be the first to tell you that it’s the actual smell of the leather and the hands-on-the-wheel experience of the test-drive that sells the car, not the colorful brochure full of options and features. Obviously, not every product or service lends itself to a hands-on demonstration. However, there are always ways to increase prospect involvement. Any time there is a choice between whether you or your prospect should so something, let them do it! For example, if you’ve got numbers to crunch, hand them the calculator and let them work the numbers. When it’s time to demonstrate the benefits and features of your product, don’t just show them. Instead, find creative ways to keep them actively engaged during the entire selling process.

A Demonstration Is Worth a Thousand Words…

Recently, I heard an interesting story about a successful glass salesman named Bill Johnson. Bill was the top producer in his company and consistently outsold the other salespeople by a significant margin. After Bill set a new quarterly sales record, the company president called to congratulate him on his achievement. When asked what he felt was the secret of his success, Bill replied that he had recently added a minor change to his sales presentation that was making a major difference in his results! Bill stated that during his presentation he was now using a hammer to strike the safety glass several times to demonstrate its strength and durability. Excitedly, the president asked Bill if he would be willing to teach his hammer technique to the entire sales force at the next company-training meeting.

Several months after Bill’s presentation, the company shattered its previous records for safety glass sales! The president was extremely pleased with the company-wide results, but was surprised that Bill’s production was still significantly higher than the rest of the sales force. When he asked Bill if he had discovered any new techniques, Bill replied that he had recently made a subtle change in his presentation. “I still use the hammer technique,” Bill said, “except now when I get to the part in my presentation where I demonstrate the strength of the safety glass, I hand the hammer to my customer and let them beat on the glass!”

…But Participation in the Demonstration Is Worth Even More!

By handing the hammer to his customer, Bill discovered the secret of successful selling. He took his sales career to the next level by finding a way to keep his customer actively engaged during his presentation. Are you keeping your prospects actively involved? If not, I encourage you to take a lesson from Bill and find a way to put the hammer in your prospect’s hand!

John Boe presents a wide variety of motivational and sales-oriented keynotes and seminar programs for sales meetings and conventions. John is a nationally-recognized sales trainer and business motivational speaker with an impeccable track record in the meeting industry. To have John speak at your next event, visit www.johnboe.com or call (937)299-9001. Free newsletter available on website.
Previous How Good Are Your Body Language Skills? A Quiz
Next The Power of S.A.M.E.