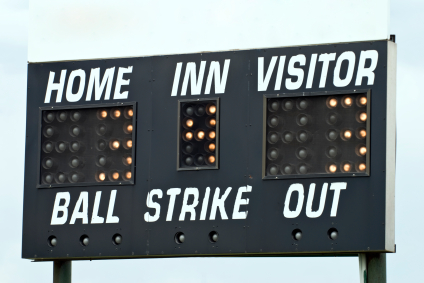 The 1960 presidential debates between Vice President Richard Nixon and Senator John F. Kennedy were the first nationally-televised debates in presidential campaign history. With the advent of television the debates took on a visual dimension, and, for the first time, 70 million voters were given the opportunity to not only hear the candidates, but to compare them visually as well. Surprisingly, opinion polls revealed a sharp contrast between the voters who had actually watched the debates on TV versus those who had merely listened to them on the radio. While radio listeners clearly thought that Nixon had won the first debate, television viewers were captivated by Kennedy’s smile, charm and athletic appearance. The majority of viewers interviewed reported that Nixon’s five-o’clock shadow and darting eyes made him appear sinister and far less presidential than Senator Kennedy. The television cameras underscored the significance of nonverbal communication and forever changed the political landscape.

Are You Missing Your Prospect’s “Buy Signals”?

Think about the tremendous advantage you would have as a baseball manager if you knew the opposing team’s signals and were able to anticipate their game plan. For example, suppose you knew in advance that the other team was planning to steal second base. Obviously, your team would have a competitive edge because you would be able to adjust your strategy as necessary. Likewise, as a professional salesperson, you would be wise to monitor your prospect’s body language and adjust your presentation accordingly. By reading your prospect’s gestures you will minimize perceived sales pressure and know when it’s appropriate to close the sale.

Learn to Listen with Your Eyes

In 1872, Charles Darwin published the book The Expression of the Emotions in Man and Animals and launched the modern study of nonverbal communication. Essentially, body language is a mixture of movement, posture and tone of voice. The good news about this subject is that your subconscious mind already understands the meaning of every gesture, posture and voice inflection. The bad news is, without the proper training, you are unable to consciously apply this information during your client appointments. Top salespeople and the most successful managers recognize the importance of nonverbal communication in the selling process and have learned to “listen with their eyes.” They understand that one of the easiest and most effective ways to close sales is to be aware of their prospect’s “buy signals.” In addition to monitoring your prospect’s body language, it’s important to be mindful of your own gestures and keep them positive. Remember to unfold your arms, uncross your legs, nod your head in agreement and smile frequently.

The study of nonverbal communication is similar to learning a foreign language in that it requires time and effort to achieve fluency. Acquiring this important skill will allow you to communicate more effectively, read your prospect like a book, and close more sales in less time.

Matching and mirroring your prospect’s body language gestures is unconscious mimicry. It is a way of subconsciously telling another that you like them and agree with them. The next time you are at a social event, notice how many people are subconsciously matching others. Likewise, when people disagree, they subconsciously mismatch their body language gestures. The psychological principle behind matching and mirroring is that people want to do business with salespeople that they believe are similar to them.

John Boe presents a wide variety of motivational and sales-oriented keynotes and seminar programs for sales meetings and conventions. John is a nationally-recognized sales trainer and business motivational speaker with an impeccable track record in the meeting industry. To have John speak at your next event, visit www.johnboe.com or call (937)299-9001. Free newsletter available on website.
Previous The Power of S.A.M.E.
Next Take 3 Steps Back and Create the Business You Want