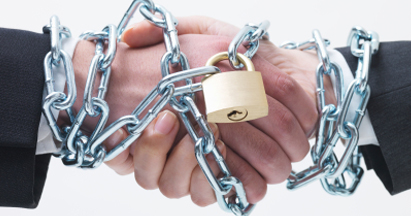 How to Handle Referral Objections

In my last article, I showed you a safe and effective way to ask for referrals. As promised, here’s what you can do when you have a client who isn’t comfortable with your request—or just doesn’t want to have a referral conversation.

I was coaching a top producer the other day, and he was frustrated, because one of his top clients wouldn’t give him referrals. He said, “I asked him if he was pleased with my performance, and he was. I asked him if he would refer me to a few of his colleagues, and he said he would. But I’m still not getting any referrals. It doesn’t make any sense.”

“Exactly,” I responded, “Of course it doesn’t make any sense. Refusing to give referrals is usually not a logical decision.”

If you’re asking for referrals, then these typical objections should sound all too familiar: “I don’t give referrals.” “I’m not ready to talk referrals yet.” “Let me think about it and get back to you.” “I’ve been telling people about you, I’m surprised no one’s called.” “Give me some of your cards to pass out.”

When I deliver the Unlimited Referrals® Marketing System® in seminars and my Referral Boot Camp for Financial Professionals,™ I like to play “Stump the Referral Coach.” Applying the following formula allows me to deal with virtually every objection thrown my way.

STEP 1: Acknowledge and Validate their Position.

Whatever they say, it’s okay. Let them know it. You understand their perspective.

This is the most important step in this formula. You must learn the nature of their resistance before your attempt to give them a different perspective. Ask a few questions, and try to figure out the true objection. The initial objection is usually an intellectual response such as “I don’t give referrals.” But, the real objection is usually an emotional response like “I had a bad experience in the past, and I don’t ever want that to happen again.”

STEP 3:  Re-frame their Perspective, if you can.

Once you know the nature of their resistance, you can attempt to re-frame their perspective. Have them see the process in a different light. Usually, all you need to do is say, “What if you called them first—to let them know why I’m calling.” Once they realize they have some control, and that you’re going to help them protect their relationships with their friends or colleagues, they’ll become more open to the process.

If you’re able to re-frame their thinking, you can move onto collecting a few names. Since they’ve already been somewhat resistant, you may only go for one or two referrals at first.

OR STEP 5: Plant a Seed and Back Off.

If your client just doesn’t want to go there, back off and live to ask another day. Plant a seed like “Bob, that’s fine. I just wanted to let you know that I’m never too busy to see if I can help others through the important work I do. Fair enough?”

Let’s take one of the most difficult objections “I don’t give referrals.” Here’s a likely conversation that applies the steps above:

YOU:         I was hoping we could brainstorm for a couple of minutes about people you care about who might also find value in the work I do. Could we do that for a minute?

CLIENT:  I don’t usually give referrals.

YOU:         Well that’s fine. Some folks don’t like to give referrals. Can I ask you a few quick questions about that?

YOU:         Other clients who have told me they don’t like to give referrals gave reasons such as they had a bad experience and they don’t want anything like that to ever happen again, or they’re not sure how their friends or colleagues might react totheir name being given out. I’m curious, what’s true for you?

CLIENT:  Well, actually, I’ve had a couple of bad experiences with referrals.

CLIENT:  I gave my best friend’s name out to a car salesman. This guy bugged my friend for two months. My buddy, to this day, won’t let me forget it. I’ve sworn to never give out another referral.

YOU:         Given that, I can appreciate your reluctance. I’m wondering if you might indulge me for a second. I’d like to explain how I make contact with the referrals I receive. If you feel comfortable with that, we can go on. If not, no big deal. Fair enough?

CLIENT:  I guess so.

YOU:         Great. I’d probably contact them much the same way I contacted you. I’d call them to let them know their name came up in conversation. I’d see if I can set up a quick meeting like the one we had. Then, we take it from there. I promise that I’ll do nothing to jeopardize my relationship with you, or your relationships with anyone you know. What do you think?

CLIENT:  Sounds okay, I guess. Let’s try one, and see how it goes. If it works, I may have a few others for you.

Read this again with an eye for the formula. You’ll see that I validated the client’s position. I even told him what made some of my other clients feel reluctant. In this case, I got a referral. If the client didn’t want to go there, I would have backed off and planted a seed.

The two most important things to remember are: 1) Don’t try to overcome the objection. Just explore it to see if there’s an objection behind the objection, and 2) If the client shows heavy resistance, you need to back off and live to ask another day.

As I said earlier, refusing to give referrals is usually not a logical decision. It’s an unconscious, emotional decision based on some fear the client has. Address those fears, and you have a chance to re-frame their thinking and get referrals. If you don’t address their fears, you’re  likely to get nowhere.

Bill Cates is the President of Referral Coach International.  His trademarked Referral Advantage™ Program has been featured in such publications as Success Magazine, Entrepreneur Magazine, Selling Power and Research Magazine, and his own business success has been featured in Money Magazine. Bill is a regular contributing editor for many financial services publications. Visit his Web site at www.referralcoach.com. Bill Cates, author of “Get More Referrals Now!” and “Don’t Keep Me a Secret!” is offering you a free copy of his report “7 Deadly Referral Mistakes” as well as a subscription to his free referral newsletter with 30,000+ subscribers. (What do they know that you don’t?)  Go to www.ReferralMinute.com.  To contact Bill, send him an email at  Info@ReferralCoach.com or call (301) 497-2200.
Previous Why You Should Use Greater Care Handling Underwriting Information
Next Dirty Secrets of the Insurance Sales Lead Industry