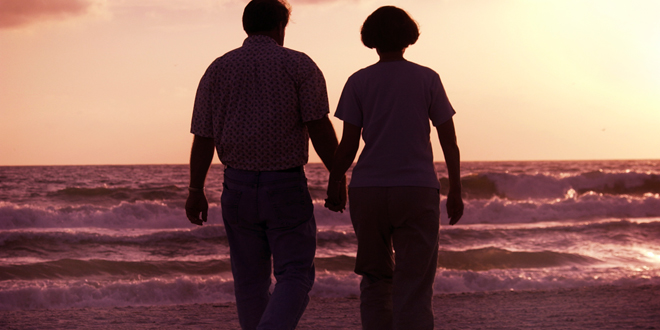 As the last of the Baby Boomers celebrate their 50th birthday this year, a recent Wells Fargo survey added to what is already a very bleak picture for many of these pre-retirees.  As they prepare for what could be up to one third of their lifetime in retirement, the picture-perfect dream of life after work is becoming a nightmare reality right out of a Stephen King novel.

According to a growing number of sources, today’s Boomer generation is not taking the proactive steps necessary to assure they achieve the one thing most are looking for in retirement: peace of mind.

According to the Wells Fargo study, one in three middle-class Americans are NOT contributing anything to a 401(k), IRA or any type of savings vehicle even though the majority of this group (70%) fear Social Security will NOT be the primary source of financing their retirement.  When you look deeper into the results of this study, you find that among Boomers, nearly half (41%) of those age 50 to 59 are NOT saving for retirement, and 48% of those Boomers fear they will not have enough money to “survive” retirement, much less thrive in it.

The study goes on to say that more than half (55%) plan to save “later” for retirement in order to make up for not saving now. Needless to say, a common theme among over two thirds of those polled was that saving for retirement was “harder than anticipated.”   When pressed further, 61% admitted they were NOT sacrificing “a lot” to save for retirement.

Indeed, Middle America is NOT saving a lot. The median savings of this demographic is a mere $20,000; although when asked, the survey group estimated a need for $250,000 in savings to live comfortably in retirement.  Digging further into the details revealed they were only saving an average of $125 a month for future retirement needs, so the road to retirement appears long and steep for many in this market segment.

There is a bit of a bright side to these statistics.  When a systematic savings plan was offered through their employer, 93% of employees were participating.  Nearly two thirds of those were contributing enough to maximize their company’s matching contribution, with most averaging 7% of their income being deferred into a retirement plan.

Systematic deduction (whether from payroll or bank account) was found to make a significant difference in whether or not people were saving for retirement, especially among middle American workers.  The ability to “pay yourself first” and put a retirement contribution plan on “auto-pilot” were seen as just as important to this demographic as having enough money to pay their bills.

But without the discipline that systematic deduction brings to the table, the vast majority of middle Americans lack the willingness to set aside today’s dollars for tomorrow’s needs.  More than half of those surveyed (58%) said that, without access to a 401(k) plan, it’s “impossible” to pay the bills and still save for retirement—demonstrating the lack of commitment by most Americans to defer spending decisions into the future.

The nightmare scenario appears to be the outcome for nearly half of those surveyed, as 48% of those not yet retired lack confidence that they will have saved enough to “live the lifestyle they want” in retirement. And when you filter down to those most vulnerable (ages 50 to 59), that number jumps to a staggering 71%, leading 1 in 3 to worry so much about this nightmare retirement scenario that it’s  pushing them into a state of depression.

Delayed retirement seems to be the accepted reality for at least one third of those surveyed, who say they will have to work until age 80 (or later) because they don’t have enough money saved for retirement.  When you ask those between 50 to 59, that percentage jumps to nearly 50% who state they will NEED to work until at least age 80 to provide money for retirement.

So how do we turn the tide, and change this nightmare scenario to a more tranquil retirement reality for working class Americans?

It starts with a conversation—a candid “reality check” moment that calls into question what they are currently doing and what the outcome of their lives will be if they don’t change.  Many of them realize they have a problem, but lack either the knowledge to make a change or feel that they are beyond hope and nothing they do at this point will matter.

Statistics and numbers are important, but not for the sake of simply spouting numbers. As financial professionals, we forget that we speak a different language than the prospect across the table from us.  We tout features, fact and figures when the person on the other side of the kitchen table wants to know how your solution personally benefits them and makes their life better.

Agents want to talk about how Company X’s income rider rolls up at a compounded rate of 7% for 10 years and offers a 10-year reset at the then current offering rate. Meanwhile, the prospect simply wants to know how much money they’re saving over 10 years.

Agents want to talk about how Company Y’s life insurance policy offers an accelerated death benefit feature that permits death benefit access in the event an insured is unable to perform two of six ADLs while the prospect simply wants to be assured if they get sick and the doctor says they need care, they have money to pay for that care whether it be at home, in an assisted living center or a nursing home.

Secondly, we need to get them to take action.  Even the largest elephant is eaten one bite at a time, and saving for retirement is no different.  Clients need to see hope, and they need to see that the additional $100 a month they put into a retirement solution will make a positive difference in their outcome in the years ahead.  They need to have confidence in YOU as a trusted financial professional that you can bring hope and a brighter tomorrow.  You need to show them you’re the person who can help them turn a retirement nightmare into a more tranquil, peaceful retirement outcome.

You have to help your prospects see that the choices they are making today will have significant consequences in the future.

We all spend money on what is important to us, and when you can help consumers see that retirement is important for them and their spouse, they will make those uncomfortable choices and set aside some of their dollars for future spending.

They’ll thank you for doing so, and in the times they struggle, you’ll be there to hold them accountable for the choices they are making…and they will refer you to others when you do it well.

A 2008 inductee into the United States Martial Arts Hall of Fame, John is a Sales Coach with Vision Advisors, an insurance FMO, and president of High Street Asset Management, a registered investment advisory firm. He is also a Master Coach with Real Life Management. John has been helping independent producers get in front of qualified prospects for more than two decades. Author and in-demand public speaker, he has entertained and educated industry professionals, as well as their clients, through his passionate, energetic delivery of timely financial topics. John is the founder of Peace of Mind University and one of the developers of Income Planning University ONLINE--two sales programs focused on helping producers connect with and educate pre-retirees. John can be reached at Vision Advisors at 800-505-8489.
Previous Some doctors wary of taking insurance exchange patients
Next Providing Health Insurance Still a Struggle for Small Business