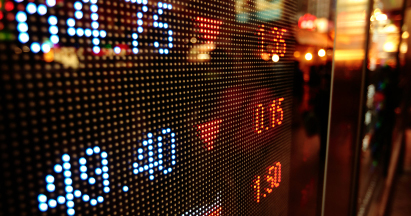 The Buy and Hold Strategy Is a Sound Investment Strategy, Right?

One of the most common and recommended investment strategies is called “buy and hold.”  According to TIAA-CREF, “This strategy calls for accumulating stocks and keeping them for a number of years, regardless of the overall market conditions or activity.”

One of the strongest arguments for the buy and hold strategy is the efficient market hypothesis (EMH), which basically says that securities are fairly valued at all points in time, so there is no real purpose in trading. Arguably the world’s greatest investor, Warren Buffett, is considered to be one of the strongest and most notable advocates of the buy and hold strategy. In addition, there are even more extreme buy and hold zealots who believe there is absolutely no reason to trade a security unless you absolutely need the money.

When utilizing the buy and hold strategy, the basic viewpoint is that market timing, which is the attempt to enter the financial markets at lows and exit at market highs, cannot work for most investors; so, it is believed to be better off for investors to simply buy and hold.

So the real question we may hear from our clients is, “Does the buy and hold investment strategy make sense for me?” Or maybe something like, “Do you think the buy and hold strategy will work best for me?” And the answer is, “It depends!”

There is absolutely no way to accurately answer these general questions, simply because the success of the buy and hold strategy largely depends upon many key factors, such as:

So what I think would be most helpful is to address each of these key factors separately:

How long is your definition of “the long run”?  We’ve all heard the saying that “over the long run, stocks will outperform such things as bonds, CDs, real estate, gold, etc.” Right? Well, what I would argue in response to such a statement is that it depends on what time frame you are using for buying and holding these investments.

For example, the Dow Jones Industrial Average (DJIA) first reached 1,000 in the year 1966. However, do you know the year in which the DJIA closed above the 1,000 level again? If you can believe this, it did not break through the 1,000 barrier until the year 1982, which was a whopping sixteen years later! When you factor in inflation at 3% and if you invested in the DJIA index back in 1966, it would have taken you approximately 24 years just to break even! And to put things even deeper into perspective, at the bottom of the 1973-1974 bear market (which was about eight years later), the average NYSE stock was down over 75%!

In late 2007, the DJIA reached its all-time high of approximately 14,000. However, at its lowest point last year the DJIA closed at approximately 7,500, representing a plunge of nearly 50%! And when you look back at this approximate 10 year period, the DJIA actually had a compounded rate of return that was negative!

Which securities are you buying and holding? Who can forget the late 1970s, when we watched on TV as people lined up at the banks to buy gold at $800 an ounce. Well, in 1999, which was nearly twenty years later, gold was trading at approximately $250 an ounce, a decline of approximately 70%. In fact, gold did not break through the $800 level again until early 2008, which was approximately 40 years later!

So, the point here is that if you are using the buy and hold strategy, your investment success largely depends on which types of securities you are buying and holding . . . even during periods that most people would agree meets the definition of “long-term.”

For example, let’s assume the following:

If this was you in the above example, the harsh reality is that if you had the misfortune (and bad timing) of retiring in the years 1929, 1966 or 1999, your probabilities of running out of money are well in excess of 90%! Therefore, in order to determine whether the buy and hold strategy will help you get through your retirement years, it will largely depend on how your investments are allocated and the timing of when you retire.

Of course, I can name many other periods that would be dramatically impacted by these three key factors that can determine the outcome of the buy and hold strategy. And to be fair, I can also make an equal argument that during certain periods the buy and hold strategy was a huge success, such as in 1942-1966 or 1982-1999. But the obvious point here is that we cannot accurately say that buying and holding a particular portfolio over time will ultimately be the best possible strategy.

There are lots of different investment strategies and opinions, and this will never change until the end of time. What will change over time are things like interest rates, the economy, the stock market, inflation, tax and estate tax rates, your health, etc.

As investment professionals, we should be fully aware of these always-changing variables in our clients’ lives, and if someone asks you for your opinion on whether a particular investment strategy is a sound one, more than likely the correct answer should be, “It depends!”

Christopher P. Hill, RFC® is currently the President of Wealth and Income Group, LLC, with offices located in the Washington, D.C. area. Mr. Hill began the first decade of his career in the financial services industry working closely with one of the nation’s leading money managers. For the past 23 years, Mr. Hill has been a nationally recognized speaker, editor, seminar expert, and MDRT Top of the Table Producer. Mr. Hill also received the IARFC Cato Award in 2008 and 2009 for his contributions to one of the most widely circulated magazines in the financial services industry, “The Register.” After suffering the loss of a close loved one in 2008, Mr. Hill was inspired to create FuneralResources.com and MemorialTechnology.com. Today, these family-focused websites are the leading online resource centers to help families and funeral directors make a difficult situation easier, as well as proactively encourage and promote end-of-life celebration planning.
Previous Prospecting More Effectively in Four Easy Steps
Next Life Settlements: Hidden Money in an Old Suit Pocket