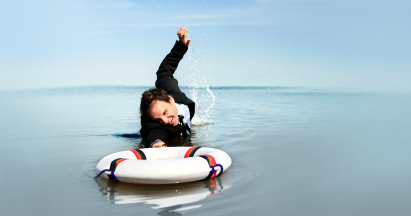 I believe that the great NFL Hall of Fame coach, Vince Lombardi, had it right when he said, “The quality of a person’s life is in direct proportion to their commitment to excellence, regardless of their chosen field of endeavor.” Do you agree with Coach Lombardi, or are you the type of person who has difficulty staying focused and keeping commitments? Do you allow the negative influences of fear, anxiety, self-doubt and worry to dominate your thinking and sabotage your results?

Sadly, most people fail to achieve their goals, not because they’re lazy or lack self-motivation, but because they were never “fully committed” to succeed! I can’t think of a single great achievement that has ever been attained without first a plan of action and then an unshakable commitment to its accomplishment. Walt Disney was arguably one of the most creative dreamers and determined men of the twentieth century. Walt understood the power of commitment and would frequently tell those around him, “When you believe in a thing, believe in it all the way, implicitly and unquestionably.”

The ancient Greek warriors were both feared and respected by their enemies. In battle, the Greeks established a well-deserved reputation for their unsurpassed bravery and unshakable commitment to victory. The key to their overwhelming success on the battlefield had far more to do with how the Greek commanders motivated the warriors than it did with issues of tactics or training. The Greeks were master motivators who understood how to use a “dramatic demonstration” to infuse a spirit of commitment into the heart of every warrior.

Once the warriors had been offloaded from their boats onto their enemy’s shore, the Greek commanders would shout out their first order, “Burn the boats!” The sight of burning boats removed any notion of retreat from their hearts and any thoughts of surrender from their heads. Imagine the tremendous psychological impact on the soldiers as they watched their boats being put to the torch. As the boats turned to ash and slipped quietly out of sight into the water, each man understood there was no turning back and the only way home was through victory.

The true underlying motivation for all success is a deep and unwavering commitment to the task at hand. The sales profession is a demanding and challenging career, but it is also personally rewarding and financially lucrative for those who are fully committed to becoming successful. If you are being pushed around mentally by thoughts of fear, anxiety, self-doubt and worry, it’s time to “burn your boat” and become fully committed to your sales career!

“Until one is committed, there is hesitancy, the chance to draw back, always ineffectiveness. Concerning all acts of initiative and creation, there is one elementary truth the ignorance of which kills countless ideas and splendid plans: that the moment one definitely commits oneself, then providence moves too. All sorts of things occur to help one that would never otherwise have occurred. A whole stream of events issues from the decision, raising in one’s favor all manner of unforeseen incidents, meetings and material assistance which no man could have dreamed would have come his way. Whatever you can do or dream you can, begin it. Boldness has genius, power and magic in it. Begin it now.”
– Johann Wolfgang von Goethe

In your sales career, battles are not fought with weapons on foreign shores but within the confines of your own mind. A truly committed salesperson does not have the luxury or the time for the self-indulgence of negative thinking … so I suggest that you “burn your boat”!

John Boe presents a wide variety of motivational and sales-oriented keynotes and seminar programs for sales meetings and conventions. John is a nationally-recognized sales trainer and business motivational speaker with an impeccable track record in the meeting industry. To have John speak at your next event, visit www.johnboe.com or call (937)299-9001. Free newsletter available on website.
Previous If I Only Had a Policy
Next What to Avoid with Social Media Marketing