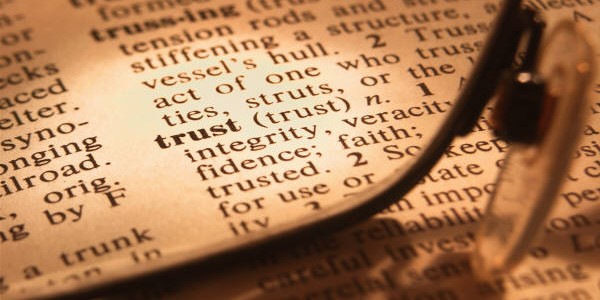 The headline reads: “Wall Street wins big as Dodd drops fiduciary provision.” And the first line of that article is “Chalk it up as a win for the securities and insurance industries.” How do the securities and insurance industries win when the client loses? It’s a fascinating way to view the world, but not surprising. Here’s my translation, “the lower the standards the easier it is for us to manage our advisors, wealth managers, salespeople, and agents.” It’s the usual product-oriented, fear-based thinking from our industry at-large and it proves, once again, that you have a competitive advantage as an individual Trusted Advisor who chooses to put the client first. Can you believe what you just read: you have a competitive advantage by putting the client first? Yes, you do. Doesn’t everyone put the client first? Apparently not. Amazingly enough, our industry considers it a win when they don’t have to adopt the highest standard of care for their clients. Wow. Here’s what Wikipedia has to say about Fiduciary.

A fiduciary duty is a legal or ethical relationship of confidence or trust between two or more parties, most commonly a fiduciary and a principal. In a fiduciary relation one person, in a position of vulnerability, justifiably reposes confidence, good faith, reliance and trust in another whose aid, advice or protection is sought in some matter. In such a relation good conscience requires one to act at all times for the sole benefit and interests of another, with loyalty to those interests.

A fiduciary duty is the highest standard of care at either equity or law. A fiduciary is expected to be extremely loyal to the person to whom he owes the duty (the “principal“): he must not put his personal interests before the duty, and must not profit from his position as a fiduciary, unless the principal consents. The word itself comes originally from the Latin fides, meaning faith, and fiducia, trust.

Sounds like the perfect standard for the kind of advisor you would probably choose if you were a client, doesn’t it? And you are probably already a highly

A group of top advisors and industry leaders formed a committee called “The Committee for the Fiduciary Standard” (www.thefiduciarystandard.org).

The message on their website reads: When the Committee formed, we spoke out on the important issue of ensuring that investors’ best interests are number one in financial reforms, by adopting the five core principles of the authentic fiduciary standard. These five principles are:

What are the advantages of being an advisor who adopts the fiduciary standard, even informally, as a matter of choice?

What other advantages would you have if you adopted the fiduciary standard?

Maybe it’s a good thing for you that the industry fights the fiduciary standard. As long as they do, individual advisors who adopt the standard have a competitive advantage. Enjoy it while it lasts.

Bill Bachrach is the author of several books, including the best-selling Values-Based Financial Planning. He has delivered approximately 2,000 keynote speeches and presentations teaching financial professionals to build high-trust client relationships.  To learn more go to www.billbachrach.com or call 858-558-3200 to schedule a Success Road Map® consultation.
Previous Medicare Recipients and Travel
Next Service Culture or Accountability Culture™?