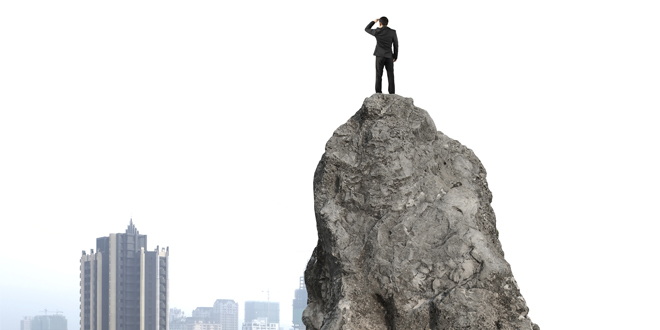 Recruit Your Way to the Top

Essentially, a sales manager’s primary responsibility is to recruit, train, and motivate his or her sales force to achieve peak performance. Of these three vital management tasks, recruiting is the least understood and the most challenging by far.

If you’re successful during the recruiting interview process and hire a superstar sales rep, you’ll find that he or she is self-motivated, coachable, and eager to train. On the other hand, if you’re recruiting out of desperation because your sales reps are failing left and right and you need another warm body, you’ll experience low morale, continually high turnover, and arrested development in training mode. While there’s no perfect system that can guarantee you’ll hire the right person every time, there are fundamental guidelines to follow if you expect to recruit your way to the top!

Are you a buyer or a seller? It pays to be patient and selective in the interviewing process. During the recruiting process, you’re obviously looking for a hard-working and self-motivated team player, so it pays to be selective and have high standards. By approaching the interviewing process with a buyer’s mentality, you’re more likely to maintain your objectivity and hire a top producer.

An unsuccessful sales manager sees his or her role during the interviewing process as that of a “seller” rather than a “buyer” and as a result, they have a tendency to over-emphasize the compensation potential and understate the inherent challenges associated with a sales career. If you talk more than you listen during an interview, chances are you’re a seller and not a buyer.

A manager who goes into the interview with a “buyer’s” mentality understands the importance and responsibility of being straightforward and laying all the cards on the table. They know from experience that it’s better to run the risk of scaring off a prospective new hire than to face a disillusioned sales rep once they have been brought aboard.

When it comes to making a favorable first impression, little things make a big difference. Did the candidate arrive on time for the interview, and was he or she well-groomed and dressed appropriately? Did the candidate sit up straight, smile frequently, and maintain good eye contact throughout the interview?  Did the candidate talk too much or too little? Would you want this person working in your office or for one of your competitors?

You would be fooling yourself not to anticipate that your prospective new hire has been coached for a standard office interview. Both success and failure leave a trail, so it’s important to ask open-ended questions to uncover the candidate’s past experiences where he or she has faced difficulties and demonstrated the resiliency to bounce back. This question lends itself to a valuable discussion about the necessity of being self-motivated and maintaining a positive attitude in the sales profession.

When I was a sales manager, if the candidate impressed me during the initial interview, I felt that it was extremely important to invite the candidate and their spouse out to dinner. When you’re interviewing a salesperson for a commission-based position, it’s imperative to check for spousal support. I believe that strong spousal support is the most important factor in predicting a sales rep’s success. If the candidate’s spouse is not fully supportive, the smart play is to terminate the hiring process immediately.

Here are my favorite eight questions to ask during an interview:

1. Do you have written goals you want to accomplish, and if so, tell me about them? With this question, you’re looking for indications of the candidate’s maturity, focus, planning ability, and desire for achievement. It’s rare to have a candidate bring his or her written goals to the interview.

2. How did you earn your first paycheck, how old were you, and what did you do with the money? With this question, you’re probing to check the candidate’s work ethic.

3. What are the top three leadership traits that you look for in a manager? With this question, you’re attempting to gauge the candidate’s expectation of you and ascertain his or her preferred management style.

4. Have you ever failed at something, and if so, why did you fail and what did you learn from the experience? This question lends itself to a discussion on resiliency, personal responsibility, and tendencies under pressure.

5. Why do you believe that you are going to be successful as a sales rep? This question gives a candidate the opportunity to convince you that he or she has what it takes to be a top producer in your organization. If the candidate can’t sell themselves to you, don’t waste your time bringing them into the fold.

6. What is the one thing you would improve about yourself? This question gives you an indication of a candidate’s self-image.

7. Other than family members, who has been the greatest influence on your life and why?

8. If I was to hire you, and you failed as a sales rep, what do you think the main reason would be? This is also a great question to ask the candidate’s spouse.

In my opinion, there are two mandatory qualities that any new hire must possess. The first quality I look for is loyalty. If a sales rep is not loyal to his or her company, they are more likely to violate company policies and procedures. Disloyal employees are also the first to leave when the going gets tough. The second quality I look for is dependability. It makes absolutely no sense to invest huge amounts of your time and emotional capital training someone that you can’t depend on.

A sales manager is only as good as their candidate pipeline. While some turnover in your sales force such as retirement, promotion, and transfer is understandable and can be anticipated; the quitter is often unpredictable. With this in mind, recruiting must be thought of as a long-term strategy rather than a short-term knee-jerk reaction.

Perhaps the greatest mistake a sales manager can make is underestimating their personnel turnover. If your personnel turnover is high, it’s more than likely caused by improper recruiting, rather than inadequate training, or a lack of incentives. Even if you’re the world’s best trainer and motivator, you’ll experience high turnover if you recruit incorrectly. If your recruiting pipeline has dried up, here are some time-tested tips that will assist you in filling it back up with quality salespeople!

Keep your sales team informed on the status of your recruiting efforts by focusing on recruiting as an agenda item at every office meeting.

-Design and implement an incentive program for your sales force that places an emphasis on recruiting.

-To have an effective recruiting program, it’s imperative that your sales team be enthusiastically involved in the recruiting process. Let them know that their ability to recruit new candidates is considered a vital leadership skill for development and that their assistance is essential to the health of the organization.

“If you want to win the high jump event at the track meet, you need to find one person who can jump seven feet, not seven people who can jump one foot.”

I hope this information has inspired you to look at your recruiting program with fresh eyes and a renewed determination to recruit your way to the top!

John Boe presents a wide variety of motivational and sales-oriented keynotes and seminar programs for sales meetings and conventions. John is a nationally-recognized sales trainer and business motivational speaker with an impeccable track record in the meeting industry. To have John speak at your next event, visit www.johnboe.com or call (937)299-9001. Free newsletter available on website.
Previous The $500,000 Life Insurance Gap
Next Letting Go of Less-Than-Ideal Clients