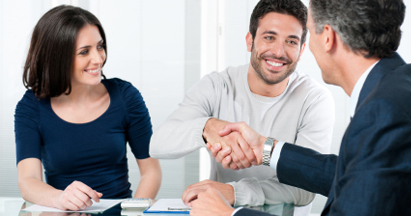 A More Powerful Way to Look at Referrals

It’s time that the financial services industry change its paradigm (belief system) around referrals, and make the switch from a producer-centered referral process to a client-centered approach. Let me explain.

Most advisors and agents have been taught an approach to referrals that is what I call “producer-centered.”  They get taught to tell their prospects and clients, “I get paid in two ways;” and they get taught to say, “I’m trying to build my business and I need your help.”

“What’s wrong with that?” you may be asking. Well, there’s nothing inherently wrong with those approaches. In fact, they still can—and do—produce a trickle of results. But let’s take a closer look.

First, as a prospect, unless you’re charging for a financial plan, I don’t care how you get paid! Once I’ve become your happy and loyal client, and I see you doing work on my behalf for which you might not get compensated, I might care about how you get paid.  But as a prospect, I know you wouldn’t be in front of me if there wasn’t some potential for compensation. Telling people how you get paid in the way it’s normally taught in this industry is YOU-centered.

Are You Earning the Right?

Referrals are an earned right! No prospect is obligated to give you referrals. You earn the right to their introductions by how much value you bring to the relationship.

Your goal with every prospect and client should be to become super referable as quickly as possible. Your goal is to earn the right to referrals sooner, not later. You do this by making every appointment with your prospects and clients valuable experiences they want to tell others about.

If you’re delivering value to your prospects, they’ll see it, and they’ll want others to experience it as well. This is how you become referable quickly.

Setting up referrals as an obligation (how you get paid) will often increase the tension in an appointment – something you are usually working so hard to reduce.

A client-centered approach to referrals always puts the client’s or prospect’s interests first.  For example, if you insist on telling people that you get paid with referrals, make sure you do it in a client-centered manner.  “The second way I get paid is that if you see the value in the work I do for you, you’ll introduce me to others who might also value this work.  Which means to you, I hope to earn the right to those introductions.  I’ll make sure we think bigger picture. I’ll make sure you understand everything along the way.  If any problems arise, I won’t run away. I’ll be there for you.  Through value and service, I hope you’ll feel comfortable introducing me to others.”

Be on a Mission

The most powerful way to ask for referrals is to be on a mission to serve.  The truth is, a lot of people are getting bad advice or no advice.  We know that that’s a prescription for disaster.  Be on a mission to bring your valuable work to others.  And tell your prospects and clients about your mission.  Then when you ask for help, they’ll respond.

“George, I’m glad you’re seeing the value in what we’re doing here.  Truth is, there are many people who never take the steps you’ve taken.  There are many people who are getting bad advice or even no advice.  That’s why I’m on a mission to bring this important work to others.  Could we brainstorm for a minute about who you know and care about who should know about the work I do?  Let me put it another way.  Are there some people in your life who you want to make sure they at least know about my process?”

Using a client-centered approach to referrals works better, because it’s based on the primary reason people give referrals–to help others whom they care about (not you). Now, they may like you and care about you, and be happy to help you, but they won’t connect you with others unless you have first brought value to them. Always think “value first.”

Bill Cates is the President of Referral Coach International.  His trademarked Referral Advantage™ Program has been featured in such publications as Success Magazine, Entrepreneur Magazine, Selling Power and Research Magazine, and his own business success has been featured in Money Magazine. Bill is a regular contributing editor for many financial services publications. Visit his Web site at www.referralcoach.com. Bill Cates, author of “Get More Referrals Now!” and “Don’t Keep Me a Secret!” is offering you a free copy of his report “7 Deadly Referral Mistakes” as well as a subscription to his free referral newsletter with 30,000+ subscribers. (What do they know that you don’t?)  Go to www.ReferralMinute.com.  To contact Bill, send him an email at  Info@ReferralCoach.com or call (301) 497-2200.
Previous Persistence Pays Off
Next Whole Life Plans: Arguably the Best Kept Secret for College Savings Plans

What are your business goals for 2015? I hope at least one involves giving back …