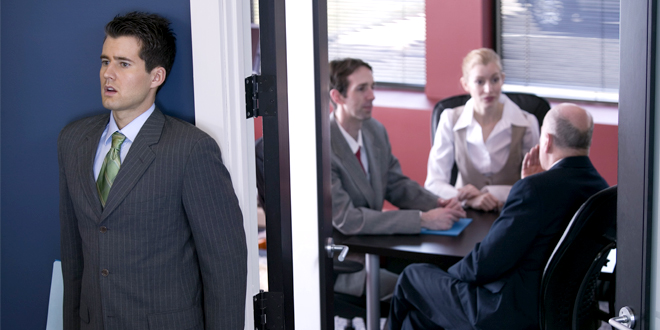 Are Mistaken Assumptions Preventing You from Getting More Referrals?

Why don’t reps ask for referrals more often? Mistaken assumptions! Producers make certain assumptions about the referral process that often hold them back from fully leveraging their client relationships.

A few weeks ago, I was having a very interesting conversation with Phil Simonides, a successful manager in the financial services industry.   In teaching my referral system to both new and veteran advisors, Phil has observed the same thing that I have. Most reps fear that asking for referrals will damage the client relationship. Of course, like most fears, this one is a ghost. It appears real, but isn’t.

Phil asks the definitive question. “Have you ever damaged a client relationship by asking for referrals?” Of course, the answer is almost always “No.”

Phil has developed a concept he calls The Damage Threshold. You think that a certain kind of behavior will damage the relationship, but you’ve never actually done it to see. Phil says,“It’s imagining the worse possible scenario that never happens.”  That’s a great way to look at it. This imagination (or fear) holds one back from more effective action.

As you might expect, Phil encourages his advisors to, “Go out there and find out what The Damage Threshold is. Until you determine that, you’ll never be as proactive as you can be.” Phil also coaches his advisors to, “Have fun doing it. The more fun you have, the harder it will be to find that threshold. And, in the meantime, you’ll be collecting a ton of referrals.”

A wise man once said, “You never know how far you can go until you go too far.” Here’s the bottom line: Asking for referrals will almost never hurt your client relationship. The worst thing that will happen is that you won’t get a referral, but you’ll plant a powerful seed that will likely bear fruit later.

Another powerful mistaken assumption (similar to the one above) is that by asking for referrals, you’ll blow the sale (so to speak).  Your client will ask for their check back.

The truth is, when a client has made a decision to do business with you, their perceived value of you is at a high point. This is one of the best times to ask for referrals. I promise you, when you ask for referrals, nobody is going to ask for their check back or decide not to do business with you—as long as you don’t get too aggressive in your request.

Many reps fear that asking for referrals makes them look less successful.  My response is, “It depends on how you ask.”  If you ask in the old-school manner by telling clients you get paid through referrals or by saying something like, “I’m trying to build my business, and I need your help,” … then I could see how that might make you seem less successful.  Two things to consider here:

1) Asking for help is a sign of high self-esteem. The most successful people I know have learned how to ask for help (from clients as well as others) in a way that doesn’t diminish their “status” but, rather, enhances it.

2) When you ask for referrals, don’t base the request on helping you. Make it about bringing your valuable process to others.  Believe in the value and importance of your process.  (You do have a process, don’t you?)

Not everyone will give us referrals. Our job is to identify the ones who will, without hurting the relationships with those that won’t. You don’t need all of your clients to give you referrals. You just need enough of them to. When you have a soft, yet proven method for asking for referrals, you can ask just about every client you have and not worry about damaging the relationship.

Let me remind you of a central part of our system. Ask your clients value-seeking questions. Check in with them at the end of meetings. Determine if they see the value. Have a discussion – probe their perception of the value you bring. This is the best lead-in to the referral conversation. “Who’s the next person to receive the value?”

Are you letting your own thoughts keep you from fully leveraging your strong client relationships? Give that fear up, and get out there.

Bill Cates is the President of Referral Coach International.  His trademarked Referral Advantage™ Program has been featured in such publications as Success Magazine, Entrepreneur Magazine, Selling Power and Research Magazine, and his own business success has been featured in Money Magazine. Bill is a regular contributing editor for many financial services publications. Visit his Web site at www.referralcoach.com. Bill Cates, author of “Get More Referrals Now!” and “Don’t Keep Me a Secret!” is offering you a free copy of his report “7 Deadly Referral Mistakes” as well as a subscription to his free referral newsletter with 30,000+ subscribers. (What do they know that you don’t?)  Go to www.ReferralMinute.com.  To contact Bill, send him an email at  Info@ReferralCoach.com or call (301) 497-2200.
Previous In U.S., Uninsured Rate Sinks to 13.4% in Second Quarter
Next Marketing and Sales Ideas that Get Us into Trouble