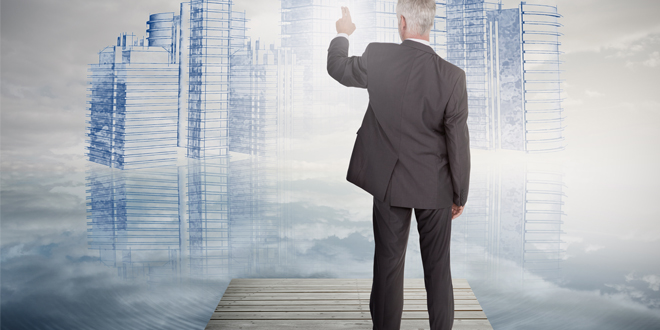 Are You a Bridge Builder?

Over the years, I have been fortunate enough to have had many people come into my life and take the time to mentor and guide me along my career path. Mentors, like bridge builders, help people go from where they are to where they want to be. Mentors build their bridges not with concrete and steel girders, but with words of wisdom and encouragement. Mentors don’t build bridges for the sake of personal recognition or financial gain. They build them because it is in their very nature to encourage, assist, and support others along the path of life.

Mentors are selfless people who go out of their way to invest their time, talent, and energy helping others navigate around the pitfalls of inexperience and poor judgment. Mentors tend to show up when they are needed the most and are quick to lend a hand. They understand the importance of sincere praise and the power of kind and well-timed words.

In 1954, during her junior year, a professor invited Carol Burnett and some other students to perform at a party the college was hosting. After Carol had finished her musical number, a man from the audience approached her and introduced himself. He complimented Carol on her talented performance and asked about her future plans. When he discovered that her desire was to go to New York and try her luck with musical comedy despite the fact that she didn’t have enough money, he offered her a $5,000 interest-free loan on the spot. Before he gave Carol the money, the man made it clear to her that he had three conditions for the loan. The money would be paid back within five years, she would never reveal his name as her benefactor, and if she became successful, she would help others in the attainment of their dreams just as she had been helped by him. Carol agreed to the conditions for the loan and took him up on his generous offer. She left college, moved to New York to pursue her acting career, and the rest as they say is a matter of history!

As a boy, I recall reading a poem under the glass on my father’s desk entitled, “The Bridge Builder” by Allen Dromgoole. This insightful poem and its powerful message of mentorship has served me well over the years and provides a great example for all of us to emulate.

Came, at the evening, cold and gray,

To a chasm, vast, and deep, and wide,

Through which was flowing a sullen tide.

The old man crossed in the twilight dim

The sullen stream had no fear for him;

But he turned, when safe on the other side,

And built a bridge to span the tide.

“You are wasting strength with building here;

Your journey will end with the ending day;

You never again will pass this way;

Why build you this bridge at the evening tide?”

“Good friend, in the path I have come,” he said,

“There followeth after me today,

A youth, whose feet must pass this way.

This chasm, that has been naught to me,

To that fair-haired youth may a pitfall be.

He, too, must cross in the twilight dim;

Good friend, I am building this bridge for him.”

So if you’re a bridge builder, congratulations, the world is a far better place because of the positive impact you make in the lives of others. Have you built any bridges lately?

John Boe presents a wide variety of motivational and sales-oriented keynotes and seminar programs for sales meetings and conventions. John is a nationally-recognized sales trainer and business motivational speaker with an impeccable track record in the meeting industry. To have John speak at your next event, visit www.johnboe.com or call (937)299-9001. Free newsletter available on website.
Previous Enhance Your Everyday Negotiating Techniques
Next Amica Insurance donates $41,000 to Boston Children’s Hospital