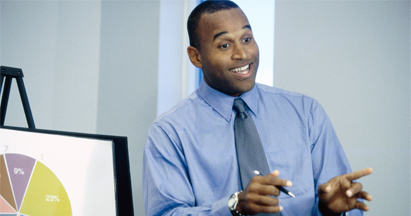 Shooting from the Hip

We are in one of the toughest businesses out there, right? Nothing comes easy to an insurance agent anymore, right?  We are all getting too old for the games people play, right? So, we all learn lots of catchphrases and rhetorical sayings. We all believe that if we keep mastering the English language, or whatever language you sell in, everything will fall into place.

So referrals are one thing, and prospects another. But, what’s the modern protocol for once we have someone’s attention? What then? A catchphrase? A joke to break the ice? Here’s a novel idea—why not just shoot from the hip? How about just telling the client or prospect the cold hard facts?

I bet most of you go into every sale thinking how you are going to handle the client. You might role play a little in the car (we all do that from time to time), or you might have some kind of canned presentation that works to close the case. But, have you ever just told your prospect or client, “It is what it is?” When they say, “It’s how much a month?” do you collapse and change the policy back to a 20-year term? I know some of you know what I mean. We have all caved before.

Shooting from the hip, in my opinion, means we don’t dance around the issues. We go directly to the client and tell them the truth. Be organized in your thoughts, lay out your game plan, and let the chips fall where they may.

Now, at 51, I’m done telling stories unless one really applies to the moment. And I am done talking sports because I find most people are just too busy to bother sincerely. I am also finished with running for the phone, though cell phones have helped, and I am done convincing people to buy no matter what. Now, I do feel much more comfortable telling folks that they need to listen to me, and sometimes they still don’t. But, at least I can lay my head down at night knowing I tried to tell them my plan. Never forget that we are the experts at the end of the day.

With this new and direct approach, you can expect to lose some cases. But, in many instances, those cases are worth losing. I never chase after anyone anymore. If the prospects or clients aren’t grown up enough to understand what it is we are trying to convey, then let them go.

About a year ago, I had a prospect disagree with my recommendations. He went with another agent’s advice only to admit later that he would regret it. I didn’t know whether to thank him or tell him that it was the dumbest thing anyone had ever said to me.

Either way, there is no politically correct way to deal with the public these days. But, if you happen to hit it off with a good prospect on day one, you’d better be up front with them and tell them how this business works. If you don’t, you will lose that client over time, and eventually, they will find me.

Retention, honesty and being up front all go hand-in-hand in today’s make-believe economic environment. No one knows what is real anymore, and that scares them. As agents, we don’t have to be creative anymore. Just present the facts. Of course, that means you better know your products backwards and forwards. And that will be my next topic. Happy trails fellow agents, and don’t be afraid to shoot from the hip!

Harris has been in financial services for almost 20 years. After holding his series 7 & 63 for 12 years, he now specializes in Life and Disability. His method of selling produces near perfect persistency and client experience. He's a graduate of Pennsylvania State University, has taught CE classes and received the CES designation from the Institute of Business and Finance in 2008. Spending time studying economics has given him the edge to help keep his client base secure, and attending as many industry meetings as possible has kept him informed on industry regulations and product rollouts. He was first profiled in Selling Magazine back in 1996 and has since been written about in various college text books. He currently lives with his family in New Jersey where he continues to grow his Insurance practice.
Previous American Financial to Buy Liberty Mutual Insurance Unit
Next Lincoln Financial Group Recognized on Human Rights Campaign’s 2014 Corporate Equality Index