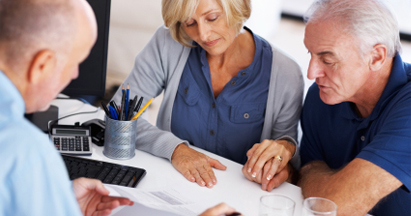 Annuities Are Not for Everyone!

If you have been selling annuities for more than 10 years, you may be sitting on a goldmine. I would bet the farm the majority of the seniors that own those annuities do not even take the interest on the gains, as we all know annuities were designed for income! In fact the majority of clients knew way back on the initial annuity date that they wouldn’t touch that cash unless they went into a nursing home or needed it for home health care or assisted living. Your clients’ biggest concern was for preservation (that is, not outliving their money), tax deferral, avoidance of probate and passing on as much to their heirs as possible. For a tax-efficient annuity alternative, agents should look to simplified issued life insurance. SPL (single premium life insurance) mimics the annuity in almost every way except for systematic payouts and a taxable gain to the beneficiary.

Take a moment to do the math. With two annuities sold per month over 10 years, that’s 240 annuity clients waiting for you to pick up the phone and help them out of their tax time bombs. It would behoove you to call each of those clients and ask for an appointment to sit down and review their cash needs today.

The best way to see the existing clients is by a phone call. For example, lock down a face-to-face policy review. Here is a script I know works:

Hi. My name is (Agent’s Name). I’ve been your insurance agent for several years. The National Association of Insurance Commissioners says it’s my responsibility to make sure the products I’ve recommended to you in the past continue to meet your needs today. It’s important that we get together soon and review your policies and make sure they are helping you meet your goals. Would mornings or afternoons work best?

Once face-to-face, ask this vital question of your now-aging clients: “If you had a choice, would you rather leave your money taxable or tax-free?”

Let’s review by example the typical senior(s) you and I may run into in the field. These samples reflect current tax percentages.

For illustrative purposes only, let’s take a 65-year-old female, non-tobacco, in a 28% income tax bracket who puts $70,000 in an annuity. Assumes no surrender charges and a 35% heir tax bracket. Illustrated death benefit is based on a single premium of $100,000.

Beverly has an annuity worth $100,000, which she doesn’t plan to spend and would like to leave to her children when she passes away. If she were to pass away today, her kids would need to pay taxes on the $30,000 gain in her annuity. Assuming her children are in a 35% income

tax bracket, they would be left with $89,500. Beverly decides instead

to take her annuity and pay taxes on it now.

Since she is in a 28% income tax bracket, she’ll have to pay $8,400 before it can be moved into the single premium policy. Beverly pays the taxes and purchases a single premium policy with an income tax-free death benefit of $170,500. Beverly also likes knowing she can use the death benefit during her lifetime for LTC, HHC, assisted living and terminal illness. Either way,

whether paid to her children after her death or used during her lifetime, Beverly knows the benefits are guaranteed.

For illustrative purposes only, let’s take a 71-year-old female, non-tobacco, who put $100,000 in an annuity. Illustrated death benefit is based on a single premium of $15,000.

Ten years ago, Elaine purchased an annuity with a deposit of $100,000. The value in the annuity has grown tax-deferred and today it’s worth $150,000. Elaine doesn’t plan to spend the money in her annuity and plans to leave it to her children when she dies. During her lifetime, the annuity has the potential to grow to $200,000. That’s fantastic, except her children will be responsible for the taxes on this gain–payable at their income tax bracket! Elaine thinks it’s time to address the taxes now and finds it easier than expected. She’ll merely withdraw 10% from her annuity (penalty-free!) and use it as a single premium toward a simple issue single premium life insurance. The death benefit will be paid to her beneficiaries income tax-free and can be used to pay the taxes on the annuity!

For illustrative purposes only, let’s take a 73-year-old male and 65-year-old female, both non-tobacco, in a 28% income tax bracket who put $120,000 in an annuity. Assumes no surrender charges and a 35% heir tax bracket. Illustrated death benefit is based on a single premium of $150,000 for the survivor option, which will pay the death benefit upon the death of the second insured.

Jim and Sheila have an annuity worth $150,000, which they don’t plan to spend and would like to leave to their two daughters when they pass away. If Jim and Sheila were to both pass away today, their daughters would need to pay taxes on the $30,000 gain in the annuity. Assuming the children are in a 35% income tax bracket, that would leave them with $139,500. Jim and Sheila decide instead to take their annuity and pay taxes on it now. Since they are in a 28% income tax bracket, they’ll have to pay $8,400 before it can be moved into the single premium life policy. Jim and Sheila pay the taxes and are able to purchase a second-to-die single premium policy with an income tax-free death benefit of $275,000. Fortunately, the survivor option requires only one insurable life, so Sheila’s recent cancer diagnosis and resulting uninsurability does not affect their eligibility for the survivor option.

For illustrative purposes only, let’s take a 65-year-old male, non-tobacco, in a 25% income tax bracket. Assumes no surrender charges. Illustrated death benefit is based on a single premium of $100,000.

Jim is 65. His wife Sheila passed away last year, so he’s grateful to have a daughter and her family living nearby. The CD at the bank is intended for them when he passes away. It’s safe, guaranteed and currently earning 2.5% interest. The problem is that Jim doesn’t like paying taxes on the earnings each year, and he’s concerned the funds would be delayed in probate. Jim decides to withdraw $100,000 currently held in the CD and move the money into a single premium life insurance policy. His funds will grow tax-deferred and, when he passes away, his daughter will receive the death benefit income tax-free and most likely outside of probate. Jim also likes knowing the death benefit can be used during his lifetime for LTC, HHC, assisted living and terminal illness. Either way, whether paid to his daughter after his death or used during his lifetime, Jim knows the benefits are guaranteed.

I wrote this editorial to inspire and motivate by sharing my enthusiasm for selling single premium life insurance. Your clients are aging and while the underwriting is simplified it is not guaranteed. Now is a great time to talk with your clients to help them maximize the transfer of their wealth and increase your personal income.

Michael Simpson is a multi-million dollar producer and currently a National Sales Distributor with Legacy Insurance Services. He is a 27-year industry veteran specializing in the mature market. Offering Simplified Life Insurance as an annuity alternative, Michael helps agents and marketing partners alike to place high-risk cases in 49 states. You can contact Michael by e-mail at michael@singlepremiuminsurance.com, by calling (727)-709-6303, or by visiting  https://www.brainshark.com/cgeyer/vu?pi=zJCzsekqoz1Meiz0.
Previous Be Willing to Get Tough
Next The Moment of Truth