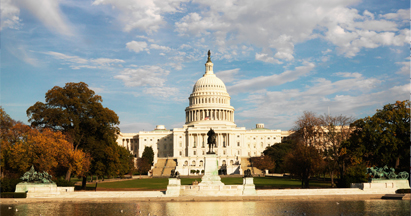 D.C. Mayor Vincent Gray (D) on Thursday announced in a press conference at the Wilson Building that the District of Columbia’s Department of Insurance, Securities, and Banking (DISB) will issue a bulletin to health insurance companies in the District about the application of nondiscrimination provisions, in particular recognizing ”gender dysphoria” as a medical condition.

Thursday’s announcement clarifies the District’s position as stated in a March 2013 bulletin issued by DISB that instructed health insurers to remove language that discriminates on the basis of gender identity and expression from their policies, and grant those with gender dysphoria access to medically necessary benefits. By recognizing gender dysphoria as a medical condition, the newest ruling will allow transgender residents to have any treatments – ranging from hormones to gender reassignment surgeries – covered by health insurance. Previously, most D.C. residents seeking such treatments had to pay out-of-pocket for their care.

‘Last March, the District began the process of removing exclusions in health insurance on the basis of gender identity or expression,” Gray said in prepared statement. ”Through the hard work of my Office of GLBT Affairs and a multi-agency working group headed by my Chief of Staff, Chris Murphy, we have today taken the necessary steps to completely eliminate these exclusions.

Agent eNews is an online resource for professionals in the insurance and financial services industry designed to provide the tools, expertise and insight to help grow their business. Written by leaders in the insurance and financial services industry, as well as experts in business development, Agent eNews is a business building resource. Agent eNews reaches 500,000+ producers. To contribute to Agent eNews, contact Editor@AgenteNews.com.
Previous First-time unemployment insurance claims fall
Next Standardize, Systematize, Automate